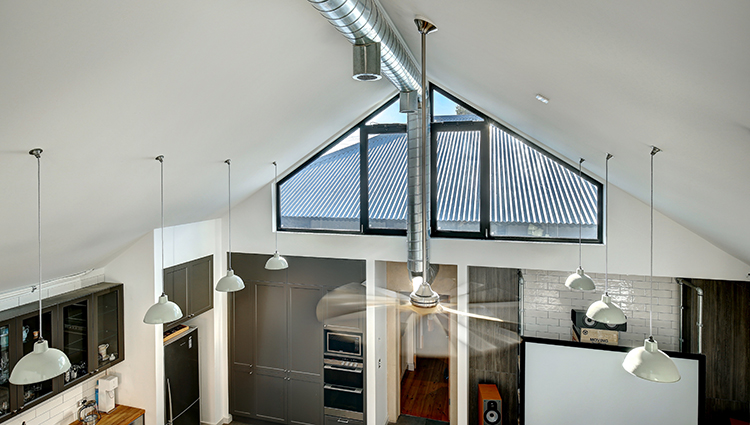 A full profile of Paul Hendy’s KNX-automated sustainable house is available in issue 41 and Sanctuary online. His use of smart tech in conjunction with classic passive solar design shows the possibilities for marrying old and new, and for enabling passive systems to better suit a range of lifestyles – especially where someone may not be home to manually ventilate a hot house when the cool change comes! Image: Shane Harris

Home automation need not tie you to one brand or another. Designer Paul Hendy explains how he used the open standard KNX software to augment his passive solar home for ultimate comfort.

Sustainable building embraces passive design principles, natural ventilation being one of the keystones of a passive building design. In climate zones similar to South Australia, where early morning temperatures during the summer often fall below 20 degrees Celsius and the coldest time is typically 7am, you need to drag yourself out of bed around 4am to open your windows and allow cool air to naturally ventilate your home. However times are changing and technology is enabling a whole new audience to look seriously at sustainable, liveable homes.

Today’s homeowner generally isn’t looking to interact with their home; they’re accustomed to homes with ducted air conditioning as the primary way to heat and cool, and do not necessarily possess the knowledge of passive design and natural ventilation principles that the target audience of sustainable design were aware of 20 years ago. Today’s homeowner is familiar with the ‘press the button’ approach, especially as manufacturers embrace the internet of things (IoT) and the ability to control lighting, heating and home security remotely via a mobile phone through companies like Google, Amazon and Apple becomes increasingly familiar.

But what happens when you want the ability for all the ‘things’ to talk to each other, when each manufacturer has developed their own ecosystem or proprietary control system? Enter the alternative: non-proprietary or open source control systems, like KNX. This is the core control system that the Corten House uses.

The west elevation of Paul’s Corten House shows the original cottage and passive solar addition (with basement under). By integrating the active and passive heating and cooling systems they can maintain the internal temperature consistently between 18 and 24 degrees.

This home was constructed in 1904 and is a heritage-listed cottage located in an inner Adelaide suburb, typical of so many in Australia’s cities. The home’s orientation is far from ideal, with living areas facing south and poor natural ventilation because of the proximity of other homes that disrupt natural airflow. The decision was made in 2015 to build an addition at the rear. It was carefully designed to create enough high-level north-facing windows for winter solar gain to heat the home through the winter. This scenario is where home automation can come into its own – the new high-level windows were fully automated. Depending on the data from the sensors on the ceiling they can open and close to ventilate in summer and winter. Once the sensors feel the drop in temperature outside, they will open the windows for you, even at 4am. The system can also purge the home of hot air by sucking it out via ducts throughout the home. This ‘forced ventilation’ makes it possible to have natural air flow even in a built-up city environment.

This, however, is just the beginning. The house consists of two parts – the old traditional stone-walled cottage, cool all year round with small windows and a verandah completely shading the north-facing windows in winter, and the new addition, warm and light-filled. To boost the old part of the house and bring it to the required level of comfort, excess heat from the new extension is moved to the old house. This can even be reversed in the summer months using the ‘coolth’ inherently stored both in the cottage and in the new basement that houses the main bedroom and ensuite and is ventilated via earthtubes.

Working with various sensors both inside and outside the home, the KNX system controls various electronically operated flaps or dampers which work in conjunction with electric fans in the ductwork to move thermally moderated air around. Depending on the outside temperature the KNX system will either circulate warmth inside the home or it will ventilate to the outside. It’s even smart enough to shut down the house when there is a heat wave and not ventilate at all if the outside temperature isn’t cool enough.

When this happens the KNX control system seamlessly communicates with the small multi-head reverse cycle air-conditioner to help maintain pre-set comfort levels inside the home. A carbon dioxide sensor is also incorporated to ensure healthy air quality in the basement – again the KNX system controls this.

While maintaining the comfort levels of the home, the KNX control system also communicates with the solar panel array and monitors energy generated, used and exported. It has been programmed to prioritise certain aspects of the home as well. For several hours during the day hot water takes priority for electricity use, unless the comfort levels within the home are not met.

There is of course, much more to it. The automated controls of the Corten House allow its owners to dim the lights, among other features, using one mobile phone app or (soon to be integrated) voice control. In total there are 12 different components in the Corten House that are linked together and controlled by the KNX system, ranging from hot water to smoke detectors. While the house would have remained a sustainable building without the home automation, it would have required considerably more input from its owners. Now it is as easy as pressing the button on your phone, or just sitting back and allowing the KNX control system to do its job. This is the real game-changer, the fact that home automation enhances sustainable design by removing the manual input that has been part of sustainable living for so many years; it’s opening the doors (automatically) to the new and exciting future. 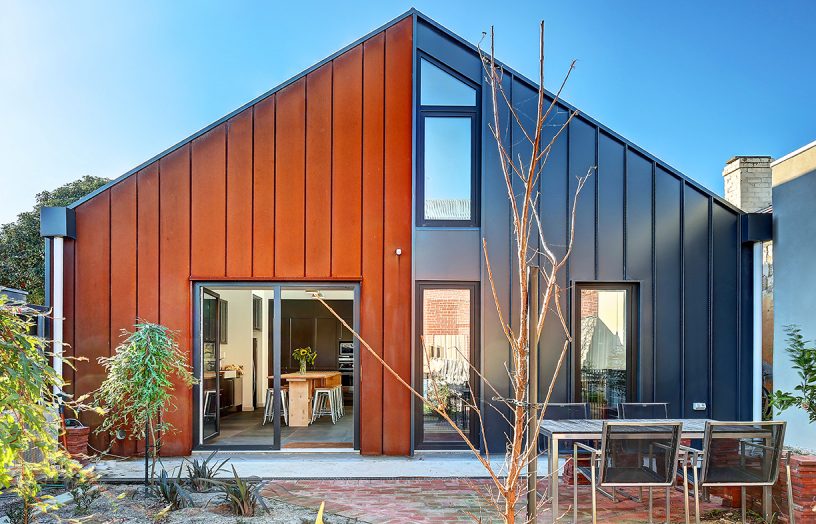 It is possible to transform an old house with its temperature extremes into a comfy 8.4 Star home – and with the latest home automation tools, you can continue making improvements that reduce energy bills too. 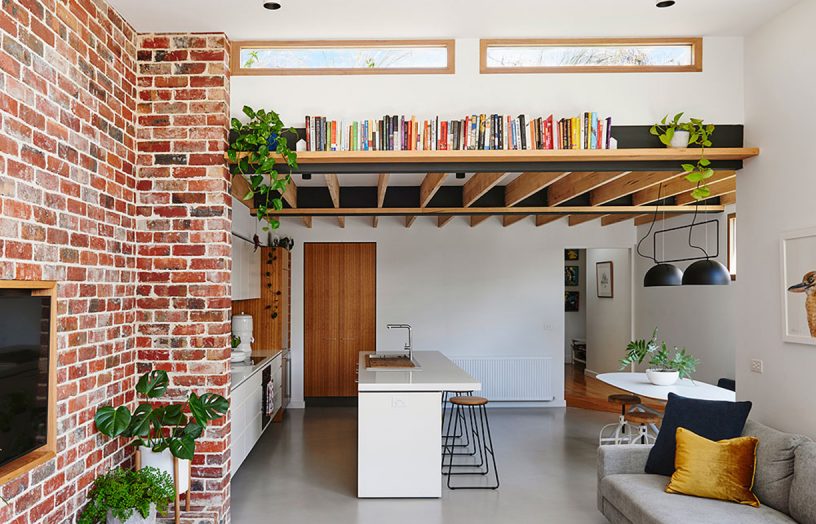 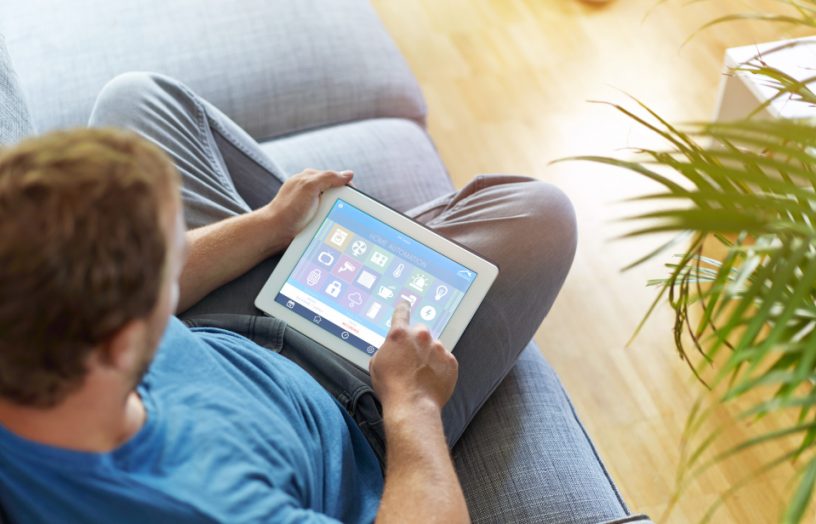 Smart tech has the potential to save energy in the home – but you need to go well beyond a product’s energy-saving claims in order to really work out if the ‘smart’ solution is in fact more effective than a ‘simple’ one. 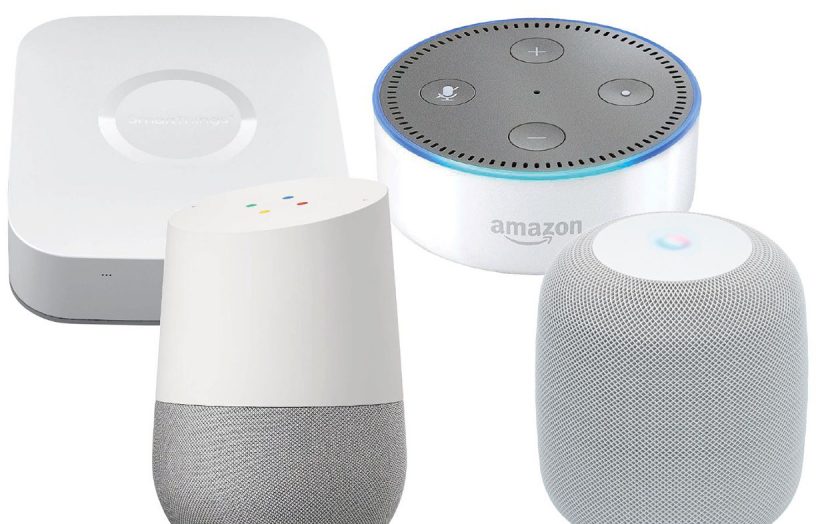 Houses that think: Are smart homes really a smart idea?

Smart home technology is touted as the way of the future, helping to make life easier while reducing energy use. But is that really the case?