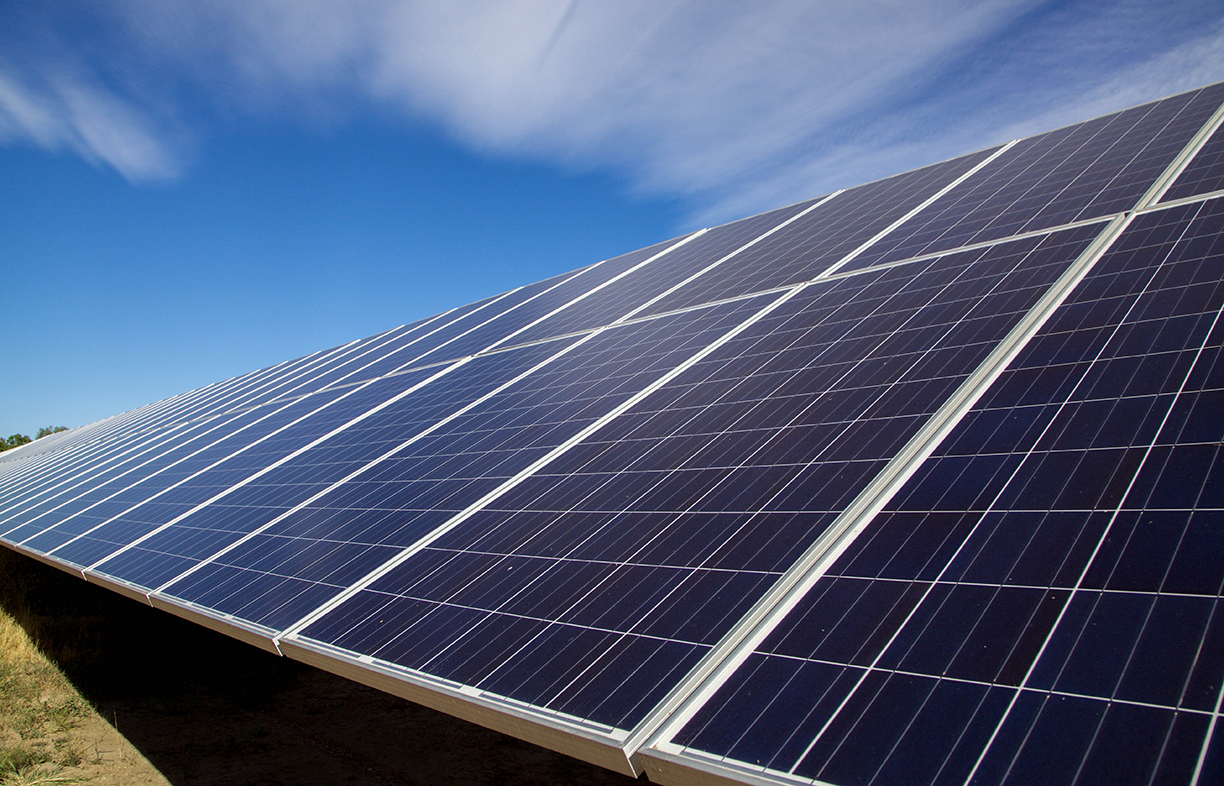 Wondering what size solar photovoltaic system to install? The latest ATA modelling shows that bigger is better, even if you don’t use much electricity.

Many people ask us what size grid-connected solar system they should get. Traditionally, the ATA (Sanctuary’s publisher) has advised people to consider this carefully. If you primarily want to help the environment and cost is of little concern, it has always made sense to install as many panels as possible, as all their generation displaces electricity from dirty, centralised power plants. But most people have budgetary constraints, so their solar system needs to make economic sense as well as help the environment. To achieve this, we’ve previously recommended that people size a solar system based on their electricity consumption and maximise their other opportunities, such as energy efficiency. However, things have changed.

The past five years have seen significant price reductions, especially for larger solar systems. Prices vary with component quality and location, but on average a 5kW solar system now costs around $6200 according to Solar Choice’s residential price benchmark data. If we compare a 5kW system to its smaller 2kW cousin, since August 2012, the larger systems have halved in price, while the smaller ones have dropped by only a quarter.

Larger systems have always enjoyed economies of scale compared to smaller systems, because while the installer is on the roof it’s relatively easy for them to add more panels. One difference now is that the price of solar panels has fallen faster than other components. The industry has also become more familiar with larger systems, as they are now more frequently installed than small ones. [Keep an eye on the STC solar rebate which goes up and down and has recently become volatile.]

The Victorian government recently increased the solar feed-in tariff to 11.3 c/kWh, roughly double their previous level, and IPART in NSW has recently recommended a similar change in NSW. These changes are primarily due to wholesale electricity prices in the eastern states roughly doubling over the past year to around 10c/kWh. We expect other states to follow suit, as feed-in tariffs below the wholesale electricity price are clearly unfair to people with solar. (In WA, a similar rise in wholesale rates hasn’t occurred, but prices might still rise due to the state government winding back its subsidy of electricity prices.)

What this means for solar system sizing

Given these changes, if you’re planning a solar system, is it worth it to upsize from, say, 2kW to 5kW?

The extra panels will be relatively cheap but more of their generation will be exported, which doesn’t help the economics. For example, depending on household consumption, a solar system rated at 5kW might export 80 per cent of its generation. Electricity exported to the grid only earns the feed-in tariff, ranging from 5c to 14c per kWh, depending on your location and electricity plan. Solar electricity used on-site, rather than exported, saves you paying the grid tariff, typically around 20c to 35c per kWh.

Surprisingly, our modelling of the economics found that a 5kW system now has a shorter or equivalent payback time to the 2kW system. We studied the economics by simulating a large number of scenarios in half-hour intervals for a whole year using Sunulator, ATA’s free online solar feasibility calculator.

Our primary economic measure is payback time, the number of years until bill savings recoup the installation cost—the fewer years the better. Payback times shorter than 10 years are generally considered attractive to solar customers, as the system is likely to pay for itself before any significant expenses, such as replacing the inverter. The panels should last at least 20 years, so cumulative bill savings are large, especially for a larger system.

To do the modelling, we assumed a feed-in tariff of 11.3c/kWh in Victoria and in other states a doubling of feed-in tariffs from current levels, phased in over the next five years. We considered common grid tariffs in each capital city, for a variety of household consumption profiles, along with likely tariff increases (we used AEMO’s retail tariff forecasts, but since they were based on Hazelwood closing in 2020, which happened this year, we pulled them forward by three years; this allows for annual tariff rises between 1.5 per cent for Queensland and 3.4 per cent for Tasmania). Panels are assumed to be north-facing with a 20-degree tilt. Our analysis also includes panel degradation over time.

Figure 1 shows the payback period for a stay-at-home family using 23kWh/day on average, on a flat tariff. In no location did a 2kW system pay back quicker than a 5kW one. We also ran scenarios for 3, 4 and 6kW systems, and found these obeyed the same trend.

Figure 1 shows payback time by location and solar system size; it includes 2 kW (blue bars) and 5 kW (red bars). This is calculated for a stay-at-home family using 23 kWh/day on average and on a flat tariff. In no location does the 2 kW system (blue bars) have faster payback.

The Northern Territory is a special case as solar installations are particularly expensive, but this is counteracted by a relatively generous feed-in tariff, equal to the import tariff. Bigger is better here too!

We also ran scenarios, including the payback for different households in Sydney on a flat tariff. For a 5kW solar system, payback time varies from four to eight years depending on consumption profile. Households with higher consumption achieve payback more quickly. Again, there are no cases in which a 2kW system pays back more quickly than a 5kW system.

With feed-in tariffs at the new higher levels, a solar system can now be economic even if it exports all its generation. For example, an export-only 5kW system in Melbourne should generate around 700kWh and earn $790 per year. If the system costs $6400, on the simplest calculation it achieves payback in less than nine years. Because of this, low-consumption buildings such as holiday houses and storage sheds have become a new market for solar systems.

What if tariffs don’t rise?

If you install a big solar system based on future rises in feed-in and import tariffs, there is a chance this might not eventuate, causing bill savings to be less than planned and delaying payback. We think this risk is low. Future prices are notoriously hard to predict, but the current wholesale electricity price appears to be the ‘new normal’.
Previous low wholesale prices were only possible because most energy was generated by old coal-fired power stations that had paid off their financing costs. Any new-build generation won’t have that advantage.

Over the next year or two, new generation is expected to re-balance supply with demand and ease wholesale prices. On the other hand, as wholesale prices reduce, financial pressure on generators will hasten closure of the next ageing coal-fired power station. We may see a saw-tooth trend with steady price declines punctuated by periodic upward jumps. As usual, the big unknown is government policy.

Even if tariffs don’t rise, our modelling still suggests a big solar system has good economics.

If bigger is better, how big should we go? Roof space is an obvious constraint. As noted above, most people have budget constraints and have to prioritise their spending. Don’t ignore other investments that may pay off even quicker, such as insulation, gap sealing, window shading, LED lights and efficient appliances.

Electricity distributors limit the size of solar systems connected into their grid. If you’ve got a normal residential single-phase connection, solar systems up to 5kW in size are usually no problem. Going larger often requires extra paperwork and may not be allowed. One good strategy is oversizing, for example, connecting 6kW of panels to a 5kW inverter. The distributor treats this as a 5kW system, as that’s its maximum power output. Another option is to install a three-phase electricity supply, which would normally support a 15kW solar system. However, upgrading your electricity supply involves additional cost.

Good for the environment

These results are good news for the environment. Economic and environmental priorities have aligned; for both, it’s generally better to ‘go big’ with your solar system. However, there may still be competing demands on your capital. In particular, when building a home it’s best to prioritise items that are difficult to install later, such as efficient windows and wall insulation. If you have to make such a choice, it may be wise to delay the solar installation until funds become available.

About author
Andrew Reddaway is an Energy Analyst at the ATA. He has extensive experience in the analysis of electricity and gas networks including the impact of solar photovoltaic generation. 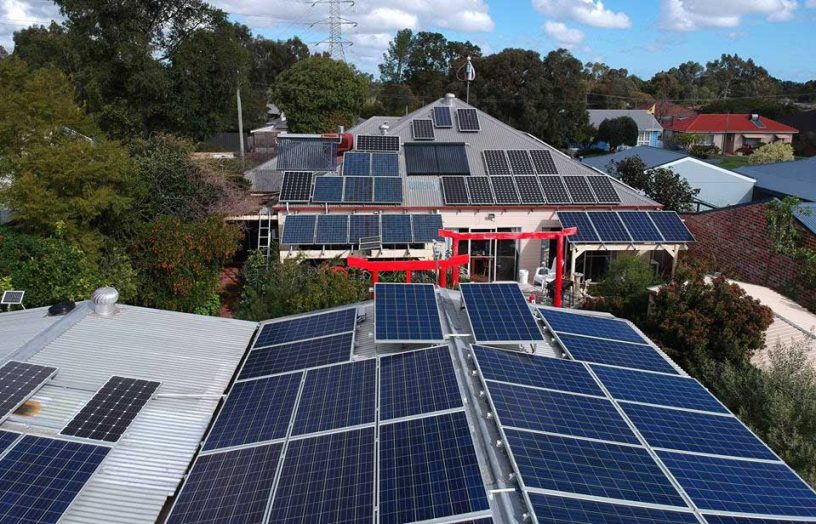 When choosing a grid-connected solar system for your home, what size should it be? The Alternative Technology Association (ATA) has traditionally advised people to consider this carefully based on their household’s electricity consumption. Now, however, the ATA recommends a big solar system, even if consumption is low. 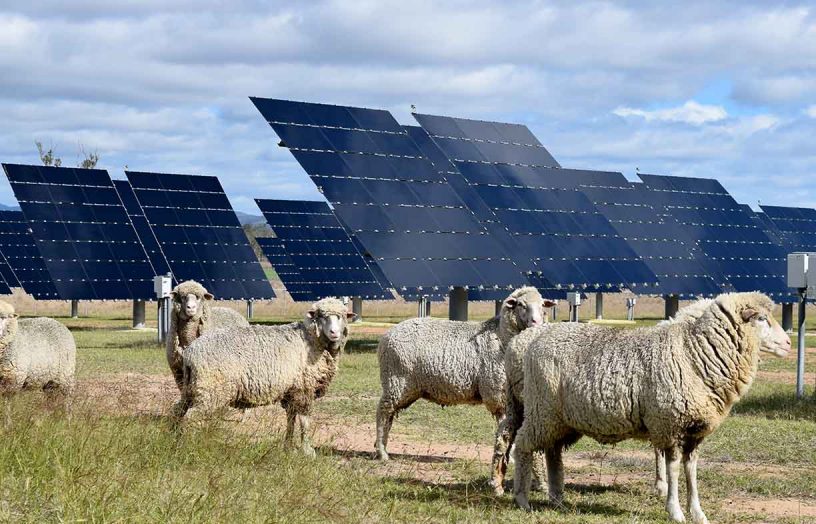 Australia can have an electricity grid entirely run by renewable energy by 2030, according to a new research paper by Renew. 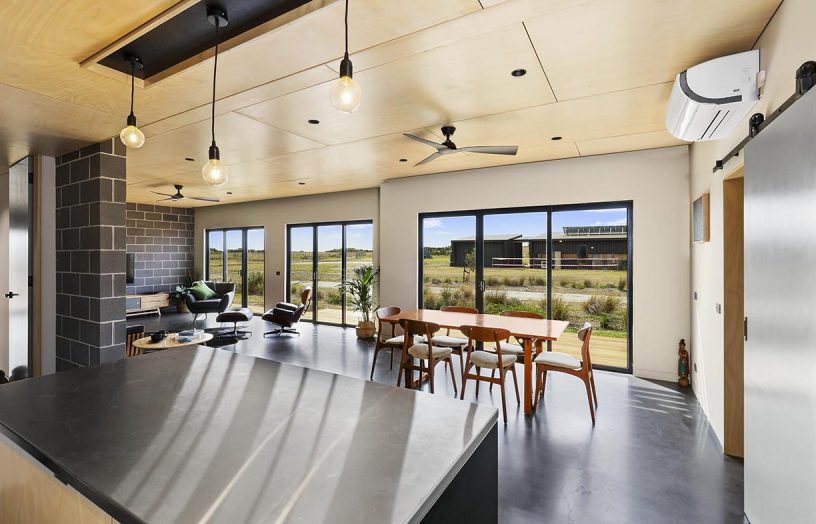 New homes that are all-electric and have solar power will save their owners thousands of dollars according to a new report by Renew. 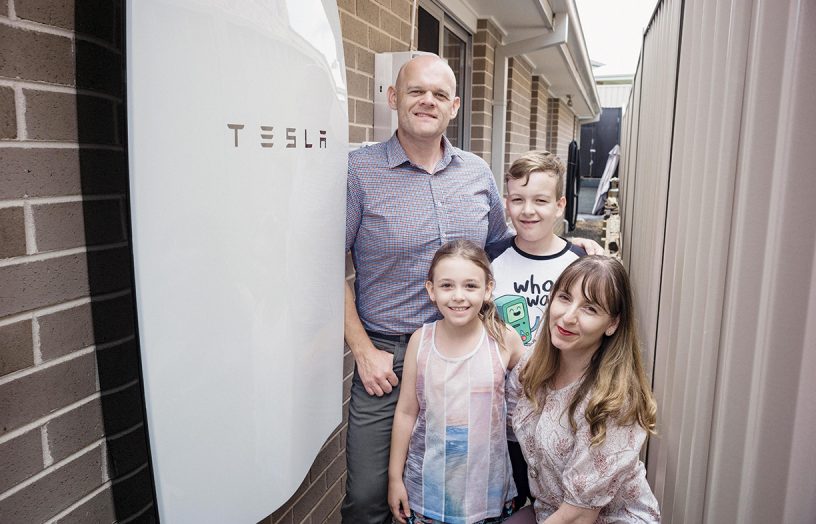 In the most detailed economic analysis yet produced in Australia on household battery use with solar, a new report by the Alternative Technology Association (ATA) says grid-connected battery storage should become economically attractive for many homes from around 2020.