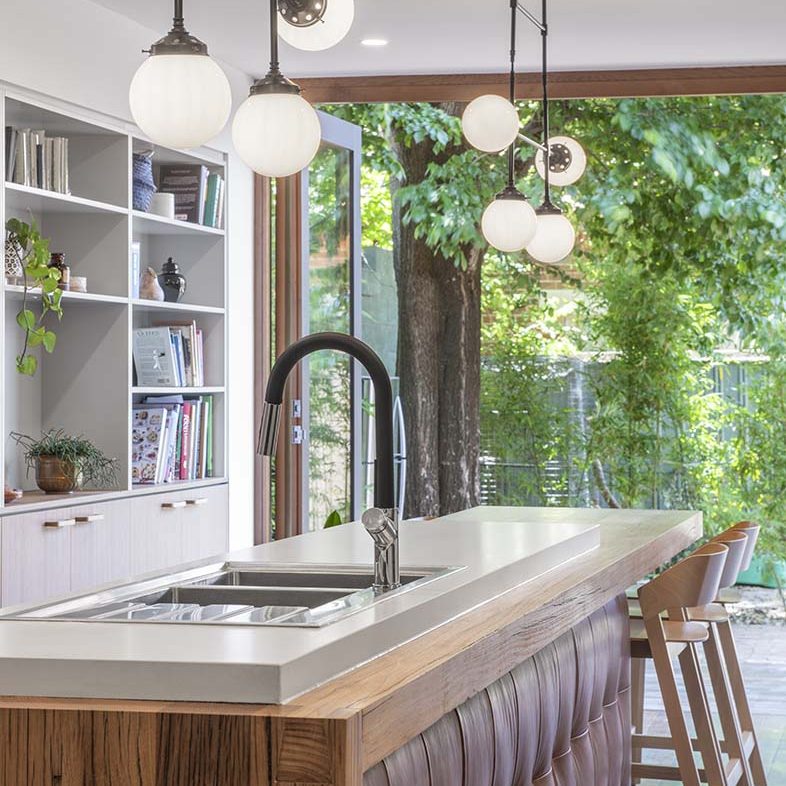 This modest bungalow in Adelaide has been transformed by a compact loft extension and renovation that introduces natural light and sun for the first time in its history.

The owner of this single-fronted 1920s bungalow in Adelaide’s Dulwich – a suburb just beyond the south-eastern edge of the city’s central parklands – was keen to retain its heritage charm, while improving overall functionality, comfort and aesthetic appeal.

Kim Evans bought this house and lived in it for seven years before approaching an architect, and in that time, she observed that the low roof, proximity of neighbours on the east and west sides, and verandah at the rear – the northern elevation – all conspired to exclude natural light. That meant the house was cool and dark most of the year round, but especially in winter.

In her daydreams, and as she looked online for inspiration, Kim mentally addressed other shortcomings too. “The kitchen and bathroom were only about 15 years old, and very presentable, but they didn’t make great use of space,” she recalls. “There was almost no bench space in the kitchen and a lot of awkward empty floor space, and the fridge was outside the kitchen proper. There was a tiny ‘sort-of’ dining room, but no storage anywhere, and the longer I lived there the more it became obvious that I needed to act.” 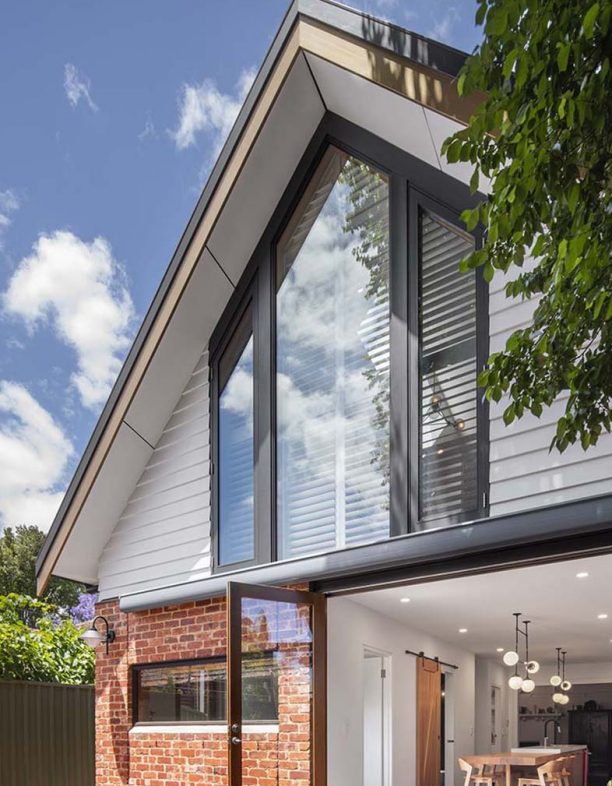 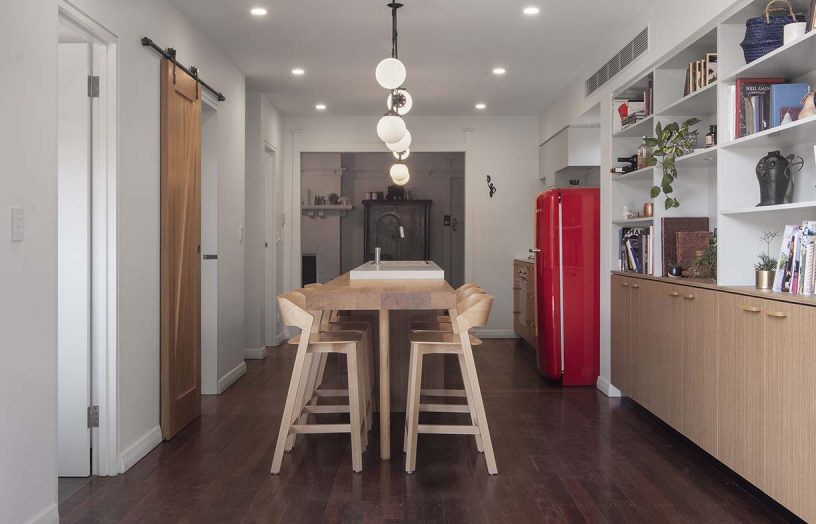 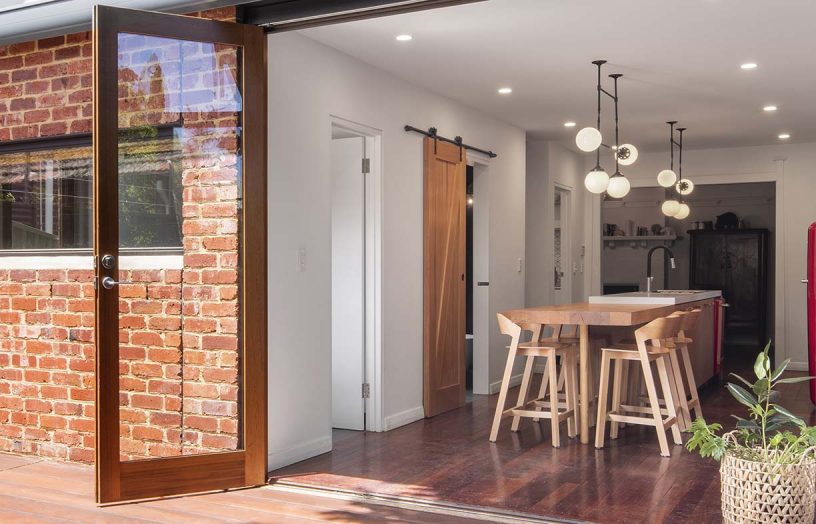 Following a friend’s recommendation, Kim contacted architect Sally Wilson of Archaea to help her plan and realise her vision. “Kim came to me with photos of an attic or loft-type space at the top of the heritage building where she works on the campus of the University of Adelaide,” Sally says. “She loved the qualities of this space, with its beautiful rustic beams and cathedral ceilings. She didn’t want to extend into her rear garden – she has a large dog and cats – so we created a new loft-like space in the roof for a bedroom, ensuite and walk-in robe.”

Downstairs, Sally removed the rear lean-to and moved the end wall out by just 1.5 metres, creating enough space for a better-organised kitchen and dining area, new bathroom and laundry, and plenty of storage thrown in.

Moving her bedroom upstairs makes it easier for Kim to host long-term guests – she’s involved in the local and international rugby community and often has overseas players staying – or local short-term tenants. They can occupy the front two rooms of the house and use the downstairs bathroom, achieving a degree of separation for adults sharing the small house. 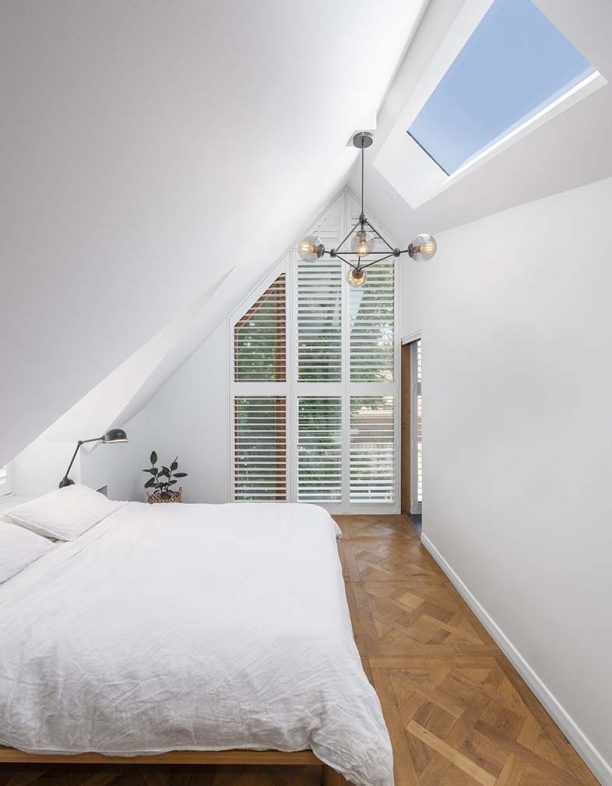 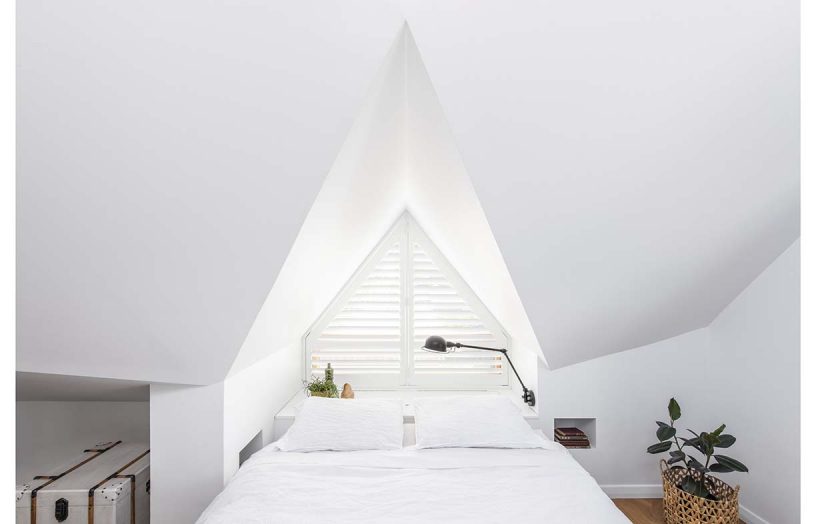 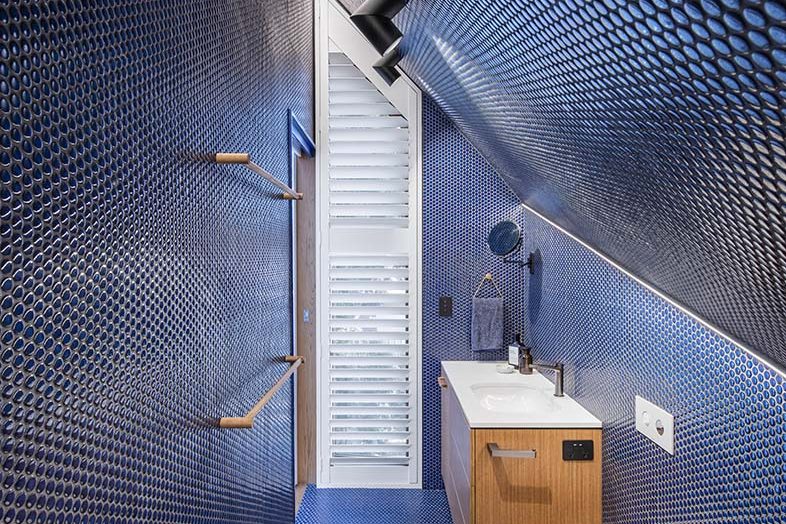 Sally's design created a loft-like upstairs space, adding a light, bright bedroom, ensuite and walk-in robe to Kim's small home with a minimal increase in footprint. A dormer window is integral to the design of the new bedroom, acting as the headboard for the bed and providing glimpses of the city skyline.

Kim and Sally worked well together. “I gave Sally a massive wishlist and she worked out what was achievable and what wasn’t,” Kim says. “I dream big, so quite often Sally would bring me back down to a reasonable level, reminding me of the space we were working with, and costing it all out.”

“My brief was for a working kitchen – one that was actually designed for someone to cook in, with a big island and a retro-style fridge,” Kim explains. “I also wanted a full bathroom, a ‘grown-up’ laundry and lots of storage.”

In addition, Kim wanted the new sections to complement the existing house. “I wanted one style across the entire house – outside and inside – which was partly driven by council’s requirements, but it was my goal as well that the new section would blend seamlessly with the old,” Kim says. “That’s why we used recycled jarrah for the new floorboards and recycled timber for the kitchen bench.”

They also used recycled tiles on the new roof, which has a different pitch to the old. “The roof demanded careful planning at the junction of old and new beams in order to gain required head clearances upstairs,” Sally says, “and to position the staircase in a location that would maximise space below for the bath, and arrive at the most efficient point in the loft bedroom.”

Sally deftly juggled the various design demands – the small footprint, Kim’s extensive wishlist and the roof constraints – and her plans were approved by council immediately, which is unusual for this kind of extension in Kim’s area. In fact, the house was completed ahead of time and under budget.

Now that it’s complete, the dormer window in the loft is one of the most appealing features of the new extension and Kim and Sally are both glad they decided to include it. “We considered cutting the dormer window when we got the first costings back, but I pushed for it to go in, because it’s integral to the interior design of that room,” Sally says. “It forms the headboard to the bed and provides extra storage, and you can see the Adelaide city skyline through the window.” 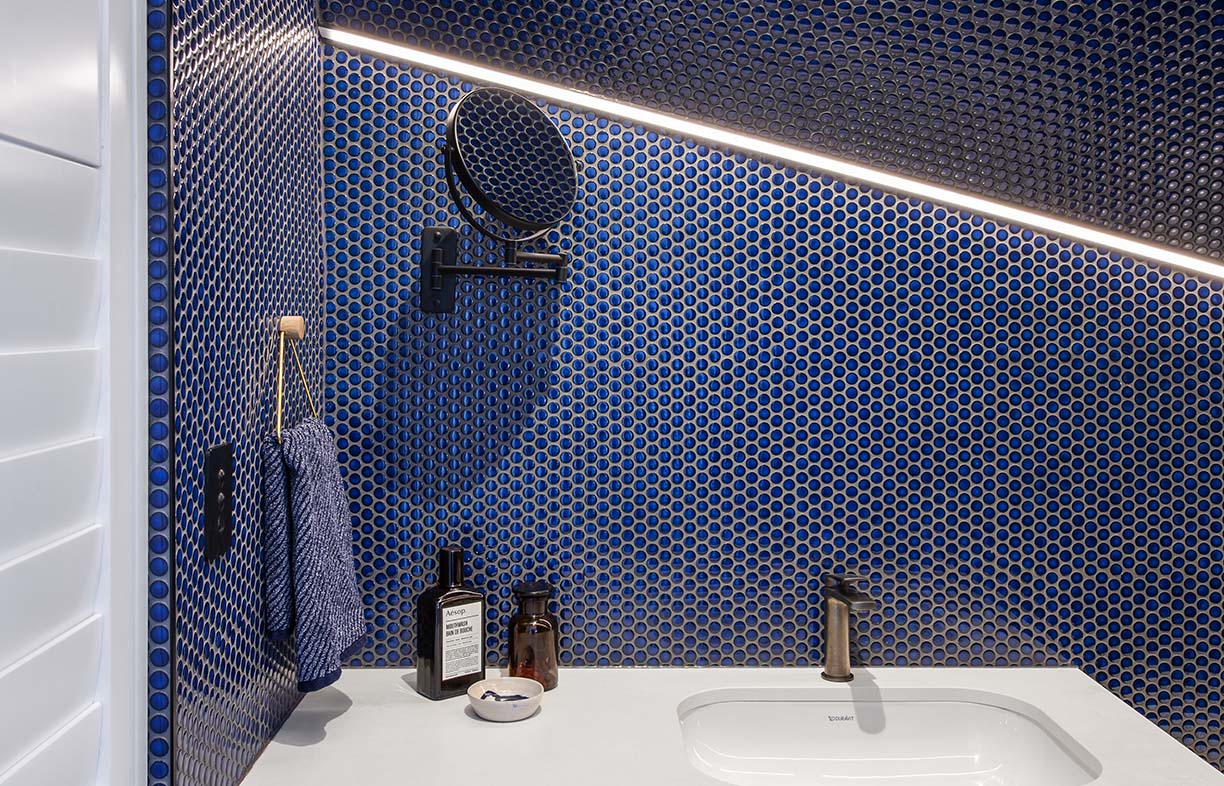 This project is an excellent example of how a slightly enlarged footprint and carefully considered and detailed new spaces can make a significant difference to the owner’s enjoyment of a home. “We added just 9.5 square metres downstairs, but that allowed us to insert the 32-square-metre loft into the roof space, giving Kim a new upper level retreat,” Sally says. And opening up the entire rear section to northern light and sun has improved the outlook and thermal performance of the downstairs rooms, while the large elm tree in the garden provides ample shade in summer.

“Now the house has warm and cool zones without me having to do anything,” Kim says. “I don’t have to heat the downstairs rooms because the loft is never cold, and in summer, if it’s a belting hot day I can retreat to the cool and dark rooms at the front of the house. I’m happy with the energy footprint in that sense, because I don’t really need heating or air conditioning,” she says. “I can just move to a different room.”

Kim feels incredibly grateful to have been living in her newly renovated home during the recent pandemic period. “It’s been a wonderful place to be shut in; the practicalities are amazing,” she says. “The storage space, laundry and kitchen have changed the way I live: I’m more organised, the house is more organised, but what really delights me is the aesthetics.

“The loft alone is the highlight of my life: I could retreat into that space and never come out. It’s like something out of a novel,” she says. “I walk in at night and breathe a sigh of relief because I’m in such a beautiful space.

Renew is a not-for-profit organisation dedicated to arming you with the unbiased advice and information you need to make your home and community more sustainable. If you enjoy our content, please consider supporting us by becoming a Renew member, buying our publications, or donating. Your support is critical to helping us achieve our goals.
Support renew