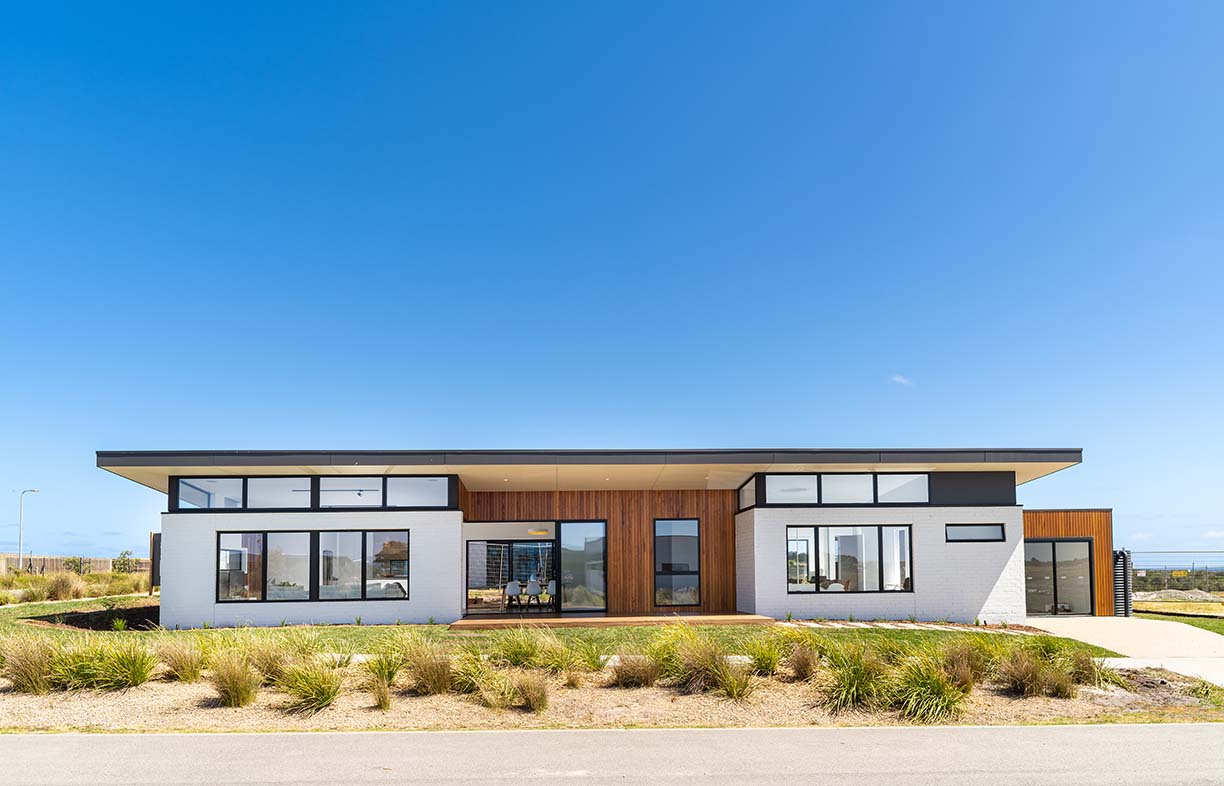 For new builds with solar PV, such as the Seastar in Cape Paterson, Victoria, our research shows it’s always more economical to avoid connecting gas and go all-electric. In most areas it is the best choice for lower emissions too. This home will be open on Sustainable House Day 2019.

As Australia’s electricity grid greens, gas is losing its position as the cleaner and cheaper fuel choice for households. In fact, by installing gas appliances, many people are locking themselves into higher bills and emissions compared to choosing an all-electric home, as Renew’s ongoing research shows.

Choosing gas or electricity for your home’s key energy uses of heating and hot water, along with cooking, is an important and complex decision with significant implications for both your hip pocket and your household’s emissions footprint.

For the first half of the 20th century, there was no choice – only electricity was available, though wood or kerosene were also options. In the latter part of the century, gas became an increasingly popular choice as gas networks were built and offered a cheaper option. The 21st century has seen the development of higher efficiency electric appliances for heating, hot water and cooking, along with the ability for a household to power them from its own solar electricity. So what is the picture now? When building a new home, should homeowners and designers avoid specifying gas appliances altogether? What about existing homes when gas appliances need replacing?

The Energy Policy team at Renew has been exploring this question of household fuel choice over the past five years, both from an economic standpoint and from the perspective of household carbon emissions. In this article we explain our latest findings and offer some advice on when gas appliances should not be specified and where the decision is less clear.

Our initial study into the economics of gas versus electricity for households in 2014 found that:

Last year we refined and updated the research, and for the first time took into account the use of on-site solar PV. The new study modelled five typical household types – a small household, two medium ones with different daily fuel usage patterns, and two large ones (an existing 3 Star home and a new 6 Star home) – in 16 different locations around the country. This allowed us to understand the impact of different climate conditions, household size and behaviour, dwelling energy needs and local gas and electricity tariffs on the overall picture of energy costs.

For the most part, the 2018 study reinforced our earlier findings, particularly in relation to new homes and the value of heat pumps for space heating. It also highlighted the enormous value of rooftop solar electricity generation for reducing both bills and emissions. There were differences in results in some locations (particularly Adelaide and Sydney) due to changes in energy prices and tariff structures.

Working out whether electric or gas appliances are more emissions-intensive is complex. In the past, gas was the lower emission fuel because electricity was primarily generated from emissions-intense coal, and electric appliances were only slightly more efficient than their gas equivalents. But with modern, higher efficiency electric appliances (using heat pumps or induction rather than resistive heat) and with less coal and more renewable generation in our electricity grid, it’s a whole new ballgame.

Information for consumers on how to reduce their carbon footprint from household appliances is still limited, so over the past year we returned to our gas versus electricity research and conducted a separate, in-depth analysis comparing the two fuels’ emissions when used for space heating, hot water and cooking.

We determined state-based greenhouse gas (GHG) emission rates and applied them to the same scenarios modelled in our initial economics research – five household types and 16 locations around Australia. This time, for more accurate results, we considered only the actual appliance energy usage for heating, hot water and cooking, rather than total household usage. The analysis considered state-based emission estimates, energy consumption and efficiency of different types of appliances, local climate, household dwelling type and usage profiles.

The results of this new study further strengthen the case for home appliance electrification in most cases, complementing our analysis of the economics of gas versus electricity.

Despite some variability in results for different scenarios and locations, our research provides a handful of key principles that can guide fuel choice decisions, based on both the total cost of ownership of appliances (purchase, installation and running cost) over ten years and the difference in annual emissions. The summary below mentions locations used in the studies; results can be extrapolated to other places with similar climates and energy costs. (Note: most of our examples are for households without solar PV. For households with solar, the results are slightly more positive overall for electrification in most cases – but dramatically better for new homes.)

Detailed economic and emissions results for all 7000+ modelled scenarios are available in our full reports (see More info); the scenario that most closely matches your specific situation can be used to help guide your decision making.

Space conditioning is by far the largest energy need in most Australian homes. Thus, it’s here that we see the biggest benefit of the efficiency improvements of heat pumps. Compared to gas heating systems, reverse-cycle air conditioners (which use heat pump technology) deliver the same heat output with so much less energy that the higher price and emissions of electricity are offset by the dramatic difference in the input energy needed. In both the economic and emissions studies, gas performs better only where heating loads are very light. Everywhere else, the gains from electrifying heating more than offset higher costs and emissions from electric hot water and cooking.

South Australia and Tasmania have no coal generation – SA is mainly gas, wind and solar; Tasmania is primarily hydro-electric. This is reflected in the emissions study: homes in Adelaide can achieve significant emissions savings of 14% to 31% by choosing to electrify all three appliance types, rather than replacing old appliances with new gas units. In Hobart the savings are more than 70%. This is particularly pertinent in Adelaide where the relatively high electricity and low mains gas prices mean there is little economic benefit from electrifying in established mains gas areas. It is also a strong indication that even in areas where gas appliances have lower emissions than their electric equivalents right now, this is likely to change over the life of a new appliance due to the steadily decreasing emissions intensity of the electricity grid in most states.

Ditch the daily connection fee and save

Tariff structures and rates make a huge difference to the economics of the gas versus electricity decision. For example, even in areas where switching an appliance from gas to electric may lead to slightly higher running cost (e.g. for hot water and cooking appliances), if the switch enables you to disconnect from gas altogether you end up ahead because the gas tariff includes a fixed daily charge that adds up to hundreds of dollars a year regardless of usage. To put that another way: even if electrifying costs a bit more in running costs, maintaining only one instead of two separate energy connections is a huge saving.

The more energy you use, the more you stand to save

In general, the higher your energy consumption, the better the economics of choosing electricity. In some areas, electricity price increases have outpaced gas prices, diminishing this volume benefit somewhat. In a few places (South Australia is the best example), gas tariffs are structured so that high gas usage is significantly cheaper per unit, making gas still the fuel of choice for high energy users. On the other hand, very high fixed charges in many areas have amplified the benefits of cutting the gas connection, especially for low energy users, because fixed charges make up a higher proportion of the fuel bill.

When looking at emissions, the same principle applies. High heating loads give a much larger emissions saving when switching from gas to reverse-cycle air conditioners, and this is usually enough to offset slightly higher emissions from switching to electric heat pump hot water or induction cooking. Conversely, for new homes with a 6 Star energy rating, the results are more marginal as energy use for heating and cooling is much lower than in less energy-efficient homes. This highlights the importance of good passive solar design, insulation and draughtproofing in lowering your carbon footprint. Similarly, smaller dwellings had lower emissions impact overall, regardless of the appliance mix. This demonstrates that, ultimately, reducing consumption is the best way to reduce your emissions impact. 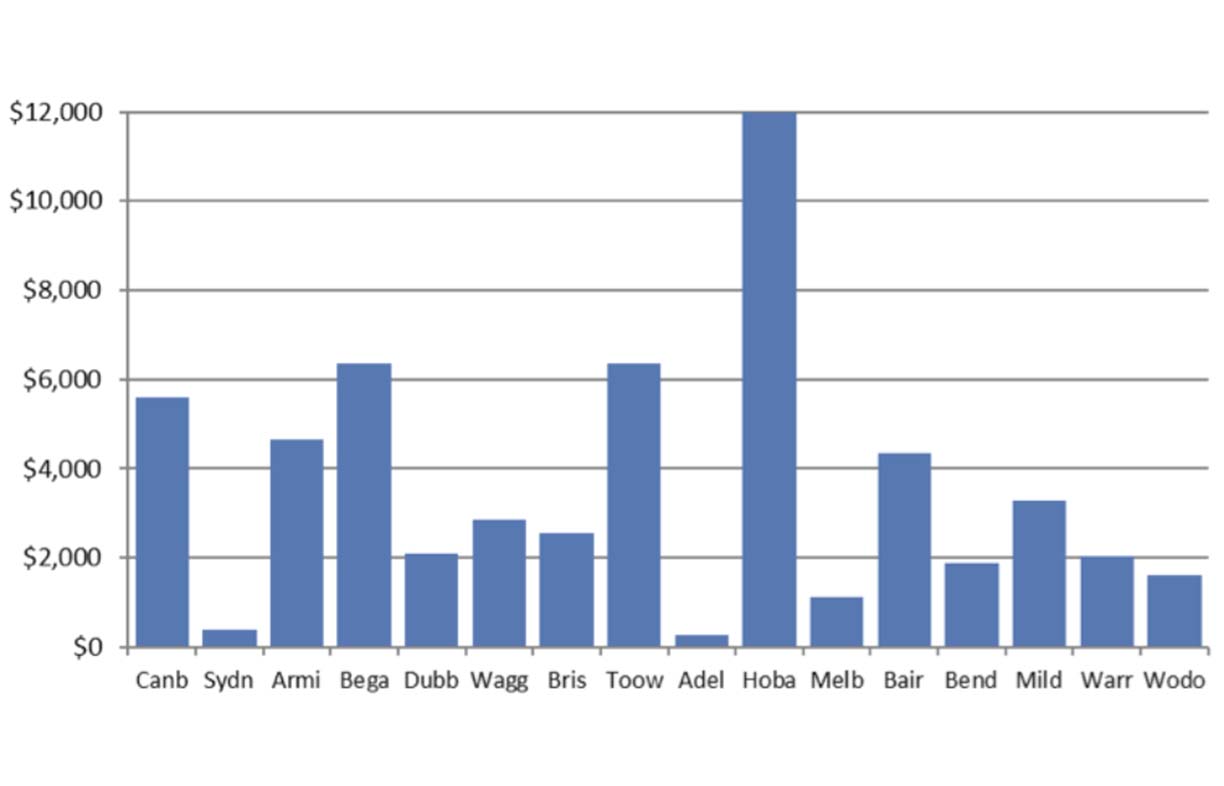 Figure 1. Economic benefit of going all-electric for new homes without solar in various locations, expressed as Net Present Value (NPV) over ten years: the value in today’s dollars, accounting for inflation, and incorporating the differences in purchase price and the ten-year running cost. 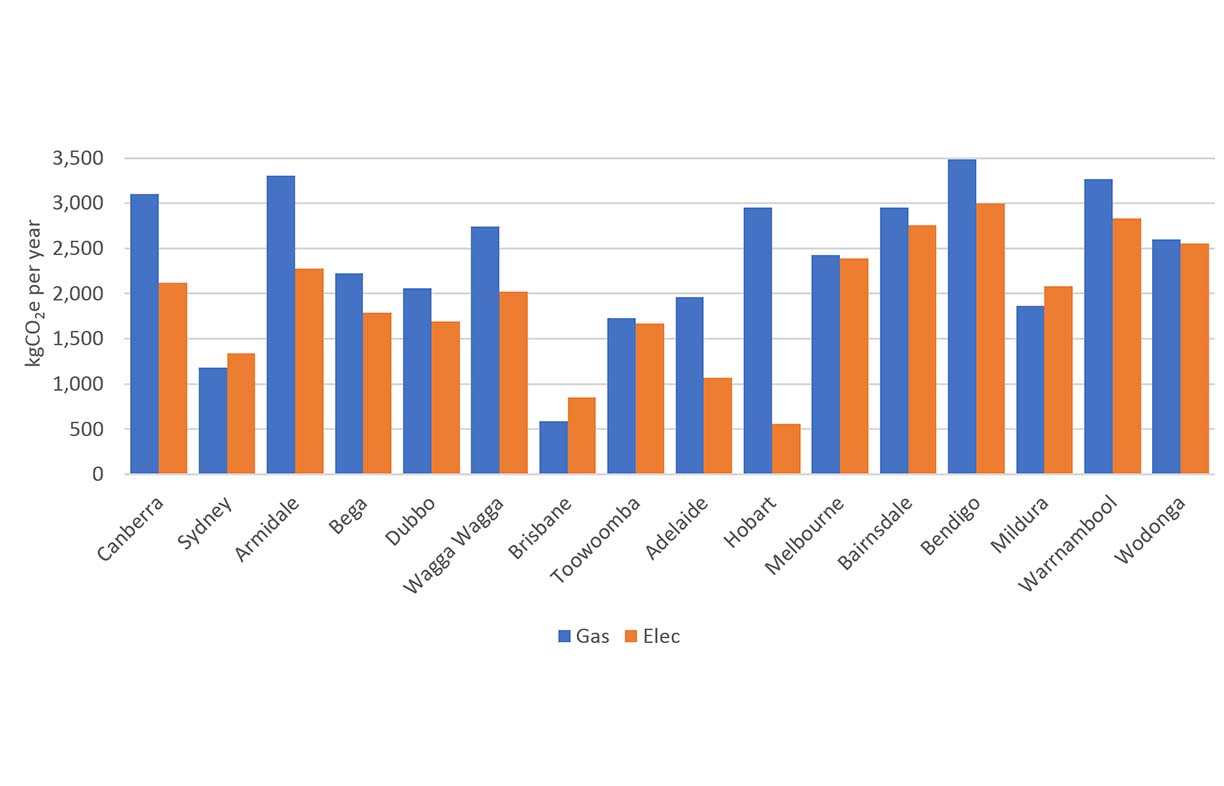 Figure 2. Difference in GHG emissions using all gas or all electrical appliances for heating, hot water and cooking, in a large 6 Star home in various locations.

For existing homes with only one gas appliance:

For existing homes with more than one gas appliance:

Future emissions for gas vs electricity

The electricity grid is getting greener as more renewable generation comes online. Emissions from electricity generation are expected to reduce by at least 8% of 2017 levels by 2020, while emissions from the natural gas industry are unlikely to do so, meaning that the emissions savings of electric appliances over gas ones will only increase in the future. Given the long lifespan of major household appliances, choosing to electrify when it is time to replace old units will position households to take advantage of this trend. It will also enable you to make the most of existing or planned home electricity generation and storage (solar PV and batteries) to power heating, hot water and cooking appliances; natural gas appliances have no such potential.