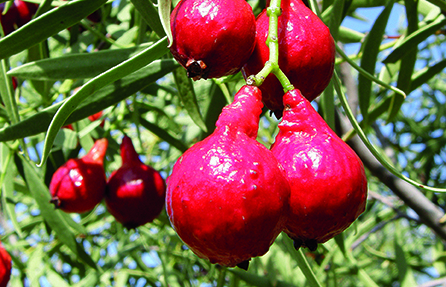 Save water and eat well by cultivating native plant foods in your garden.

Indigenous Australians have long known the benefits of native plant foods, having eaten them for around 60,000 years, and it’s believed that settlers who ate bush foods fared better in the harsh climate than those who considered them inferior.

Native plants are perfect for any sustainable food garden because they are adapted to our soil and climate. The Sustainable Table, a non-profit organisation that promotes environmental food choices, says bush foods don’t need as much attention as introduced species and are able to survive through the tough variables of the Australian climate.

Planting natives at home protects them from extinction, and they don’t need chemicals, which reduces run off to waterways. They are also wildlife-friendly, nutritious, and while somewhat smaller than other plant foods because they contain less water, they are packed with goodness and flavour. Given their benefits, how can we introduce natives to our food gardens at home?

“There is huge potential for all of us to grow our own bush foods,” says native plant expert Neville Bonney. “There is enough variety to suit all soil types and many of them can be grown successfully in pots.” As with all plants, what you can grow depends on your local climate.

Herbs such as native bush mint, lemon myrtle, native ginger and the very popular warrigal greens – a native spinach – are a good starting point. “If you’re growing herbs there’s no reason why you can’t grow the native variety in any garden,” Neville says. 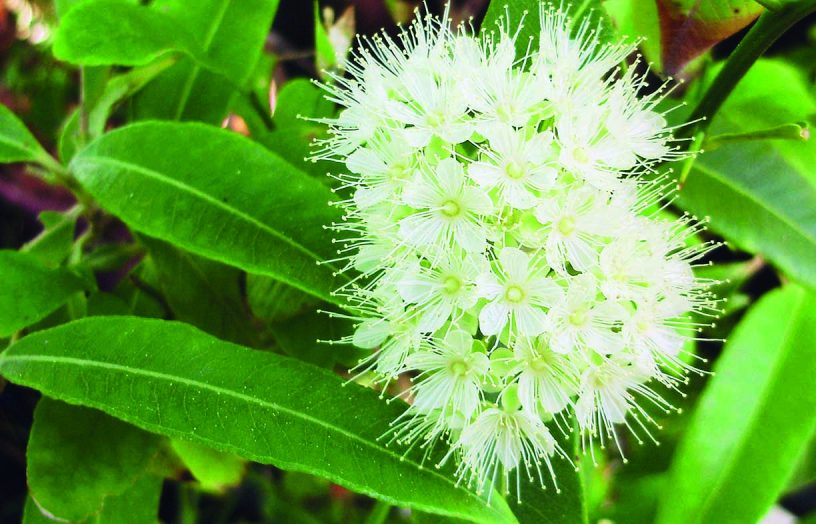 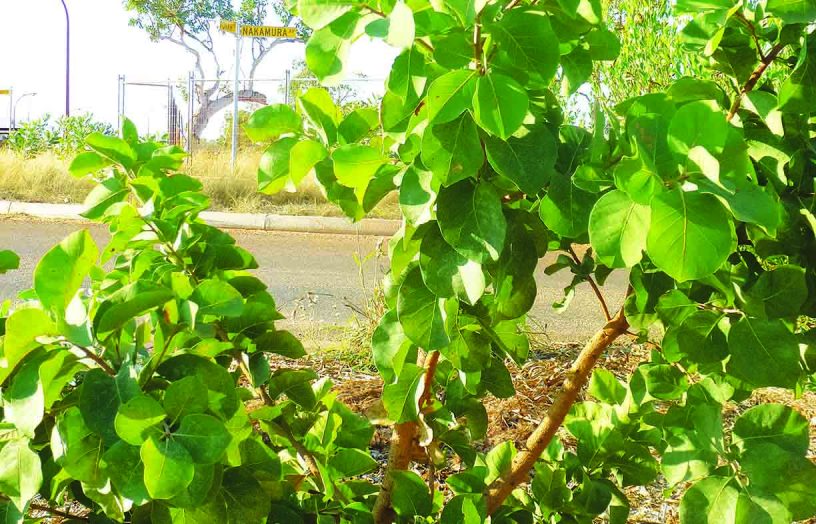 Astrid Gerrits, an active member of the Incredible Edible Broome gardening network, grows a range of indigenous bush foods and plants amongst her healthy supply of tropical fruits and flowers. “I decided instead of fencing and landscaping the front yard and verge to plant only native plants and trees, of which as many as I could lay my hands on are bush foods,” she says.

“There are so many more bush foods that I would like to try, but they haven’t been available in the last year,” Astrid says. “In between I’ve planted flowering bushes, mostly Grevillias, to attract bees.”

Chef Simon Bryant (from The Cook and the Chef, ABC TV) says native foods have thrived in his neglected driveway where he is growing sea parsley, warrigal greens, samphire, saltbush, muntries and native thyme. “The soil has never been improved, it rarely gets watered and it gets absolutely hammered with northern sun, yet it is one of the most productive growing areas I have,” he says.

“What amazes me is the total lack of love I give these plants, however they continue to yield year after year. I can’t help comparing this with my vegetable patch which produces well enough but requires constant soil improvement, adequate water and a careful eye for common pests.”

Australia has an abundance of edible native foods to fill any water-smart food garden. Whether you’re looking to add just a plant of two to your veggie patch, or creating a native food garden, it’s important to source plants from a reputable plant nursery, as many plants have both edible and poisonous parts. Once you do, you’ll have a garden full of nutritionally rich fruit and veg that thrive during a long, hot summer.

Try to support Indigenous bush food enterprises, after all, they are the best source of native food knowledge in this country. The Outback Pride project has helped set up over 25 native food nurseries in Indigenous communities, and profits from the sale of their plants are directed back to the communities.

Edible native plants for your area

*Acacia varieties should be selected to suit your region. 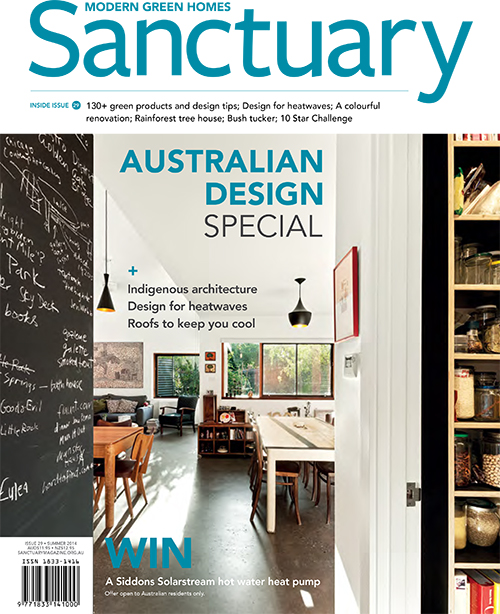