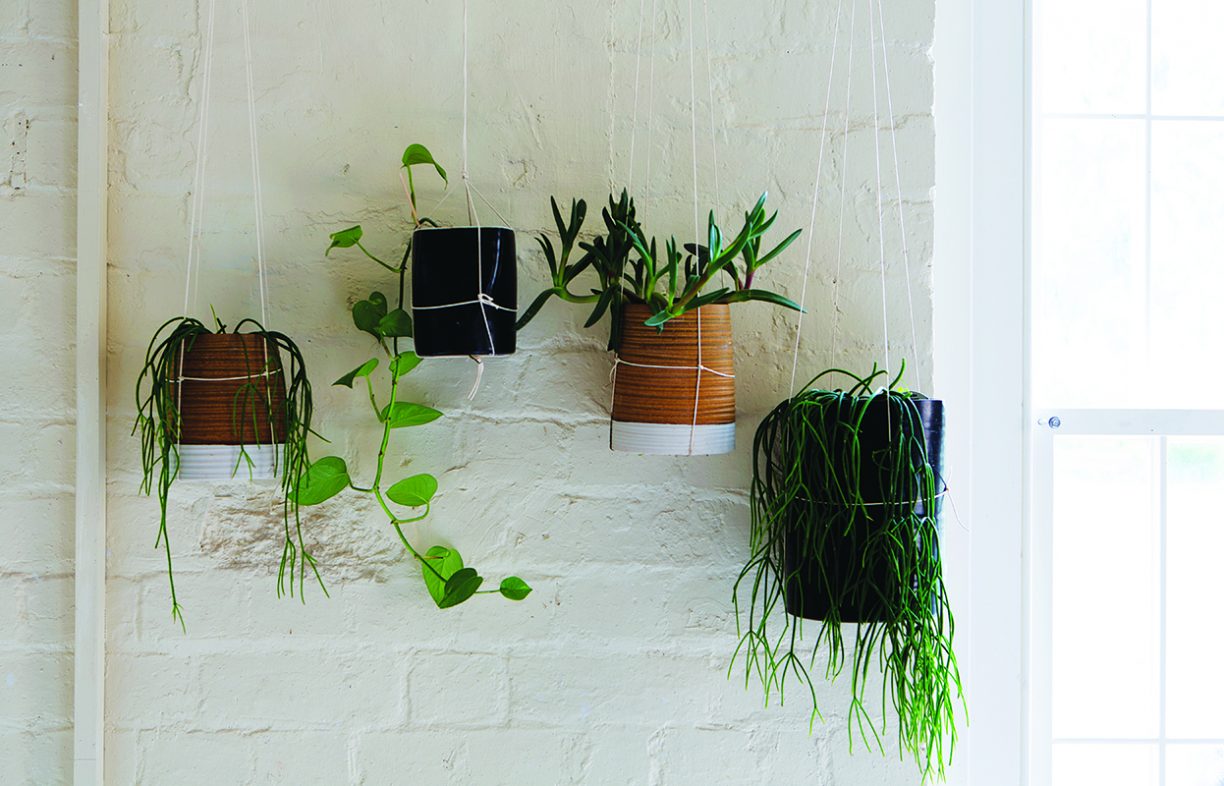 Indoor plants have a regulating effect on humidity in all climates, releasing 97 per cent of the water they absorb through transpiration. Clustering them in groups increases the surrounding humidity and creates an ideal climate for healthy plants. Image: Megan Northgate.

Indoor plants can help soften sterile environments and may have remarkable impacts on our health, as interior designer and healthy home consultant Megan Norgate explains.

In Australia, 80 per cent of us live in urban areas, spending up to 90 per cent of our time indoors. As a result, many of us are looking for ways to bring the outdoors in.

As a design tool, plants are a multi-purpose, adaptable and easily retrofittable element for the home or office. Plant-scaping can be used not only for sculptural and aesthetic effect but to screen, buffer noise, filter light, purify the air and provide ambience. Recent studies also show that their place in indoor environments can have multiple benefits for our health and wellbeing.

Our survival is inextricably linked with that of the world’s trees; ‘the lungs of our planet’ capture energy from the sun’s rays and absorb carbon dioxide from the atmosphere to produce their own chemical energy, conveniently releasing the waste product of oxygen. It’s no surprise then that photosynthesizing indoor plants are good for air quality.

But perhaps the most remarkable aspect of indoor plants is their capacity for air purification through phytoremediation. Plants can absorb and metabolise airborne contaminants such as particulate matter (fine dust), exhaust emissions and the volatile organic compounds (VOCs) released from our furnishings, paints, adhesives, building materials, paper, textiles and plastics, found in high concentrations in well-sealed indoor environments. These contaminants mean most of our indoor environments are more polluted than the outdoors.

A University of Technology Sydney (UTS) study on plants and indoor air quality found that plants’ ability to remove VOCs works by a symbiotic relationship between soil and the plant; indoor contaminants are pulled into the root zone where soil micro-organisms convert them into food. The researchers also found that pot size, species and light and dark did not affect the rate of removal. Carbon dioxide levels were found to be reduced by between 10 to 25 per cent and carbon monoxide by up to 90 per cent.

Lead researcher of the project and plant scientist at UTS, Dr Margaret Burchett, has no doubt that greening the ‘great indoors’ with living plants could play an important part in enabling the sustainable urban communities of the future. She says that increasing our green space indoors could: improve energy efficiency through insulation and temperature control, reduce air pollution, raise spirits and work performance and improve concentration and attention span. The study also found significant improvements in stress and negative feelings with the introduction of plant life (up to 50 and 58 per cent respectively when testing for anxiety, depression, fatigue and confusion.) “They are also a great way to bring more nature to plant-scarce cities without taking up too much space.”

The UTS study showed that three to six plants in a standard-sized office designed for single occupancy kept VOC levels below 100 parts per billion (ppb) — regarded as a negligible health risk (Australian standards recommend a maximum of 500 VOCs ppb). But it is likely that a single plant would suffice in most modern office-sized rooms.

Around 15 to 18 plants per 170 square metres of indoor space could make major improvements to indoor air quality, but even the presence of a single pot plant on a desk could improve someone’s work day. 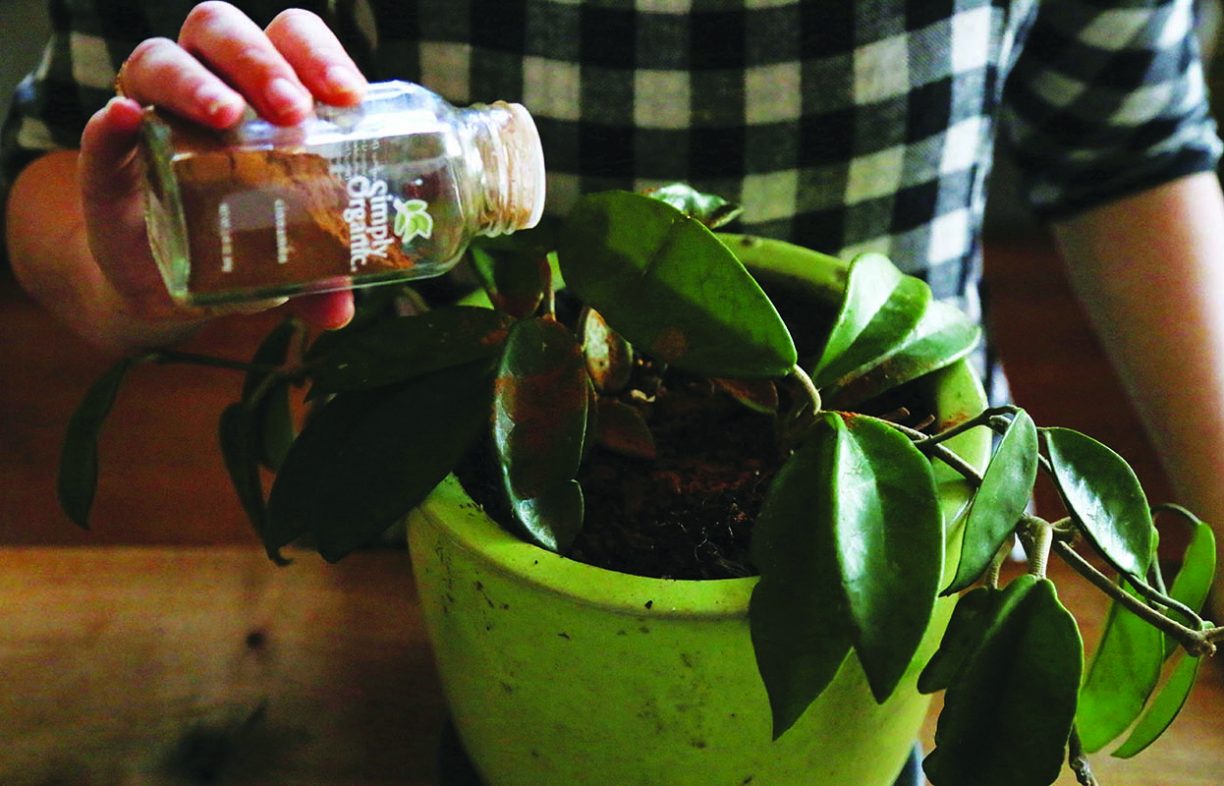 Indoor plants are susceptible to mould that can exacerbate allergic and respiratory conditions. Physically remove the mould and apply a good dusting of cinnamon over the soil as a natural fungicide.

Caring for your indoor garden

Successfully growing indoor plants is about getting a few fundamentals right. With the following points nailed, you should find your indoor plants thrive with minimal attention.

Plants prefer stable temperatures, so avoid placing them close to heaters and air-conditioners that cause temperature fluctuations. Locating them near thermal mass can help even out the immediate temperature range the plant experiences.

Indoor plants have a regulating effect on humidity in all climates, releasing 97 per cent of the water they absorb through transpiration. Plants will work to both raise and lower the humidity levels, maintaining an ideal level of between 30 and 60 per cent. Clustering plants in groups increases the surrounding humidity and creates an ideal climate for healthy plants.

For optimum nutrition plants need high quality potting mix and occasional re-potting as they grow to avoid becoming root bound. Increasing the pot size by only 2 to 3 centimetres can prevent volumes of damp soil which cause rot. Repot, divide and propagate at the beginning of the growing season, placing broken crockery, pebbles or scoria at the base of pots for aeration and drainage. Add a slow release fertiliser or heavily diluted liquid fertiliser such as worm tea periodically.

Over-watering kills plants as often as under-watering so water with small amounts and often, and don’t leave plants sitting in water. Plants will need less water in winter unless the heating is running at high temperatures. Forming a habit of emptying leftover cups and water bottles into plants will help make the job incidental. Some plants like to dry out between waters.

Cleaning the leaves of your plants with a damp cloth removes dust that reduces the plant’s ability to photosynthesize. Indoor plants are susceptible to mould that can exacerbate allergic and respiratory conditions. Physically remove the mould and apply a good dusting of cinnamon over the soil as a natural fungicide. Move the plant to a well-ventilated area of the house and let the soil dry out partially between watering to prevent the mould returning. 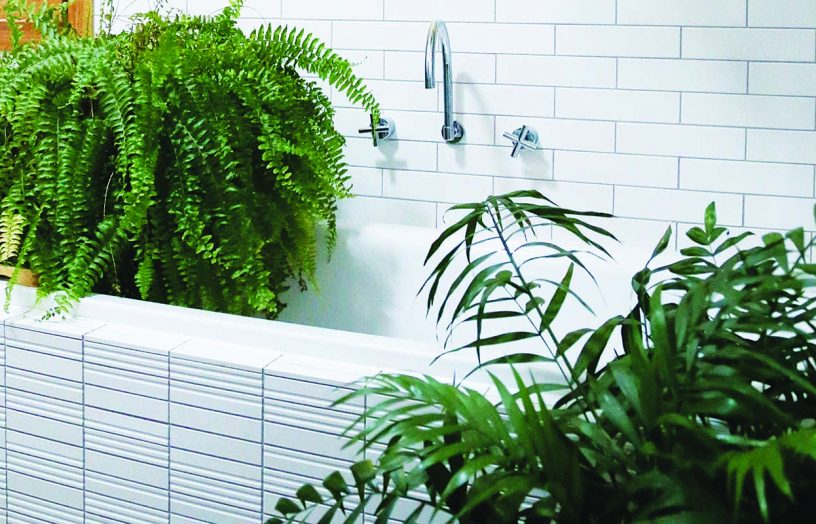 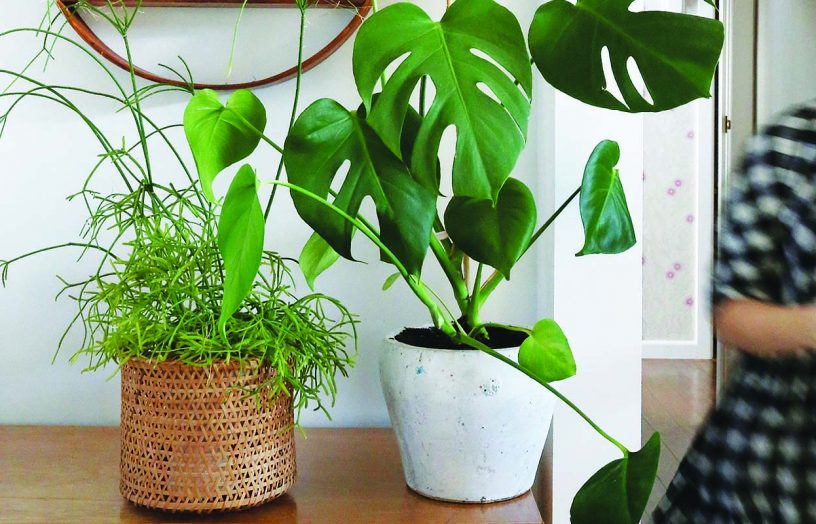 Indoor plants have a regulating effect on humidity in all climates, releasing 97 per cent of the water they absorb through transpiration. Clustering them in groups increases the surrounding humidity and creates an ideal climate for healthy plants.

Access to light and irrigation systems for indoor gardens is only just beginning to be considered at each stage of the design process. Here are some suggested ways to use plants indoors.

In small existing spaces: On window sills, along tops of cupboards, hanging in rows and corners, on stands, wall-mounted shelves, chairs, tables and stools.

According to the UTS study, any green shoot will remove carbon dioxide  and release equal amounts of oxygen with adequate light and water. However, different species may require different conditions to photosynthesize effectively. The more foliage, the better.

This article was published in issue 30 of Sanctuary magazine. 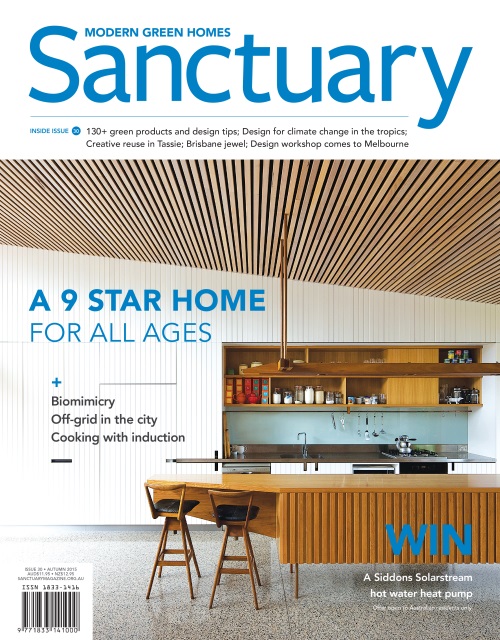