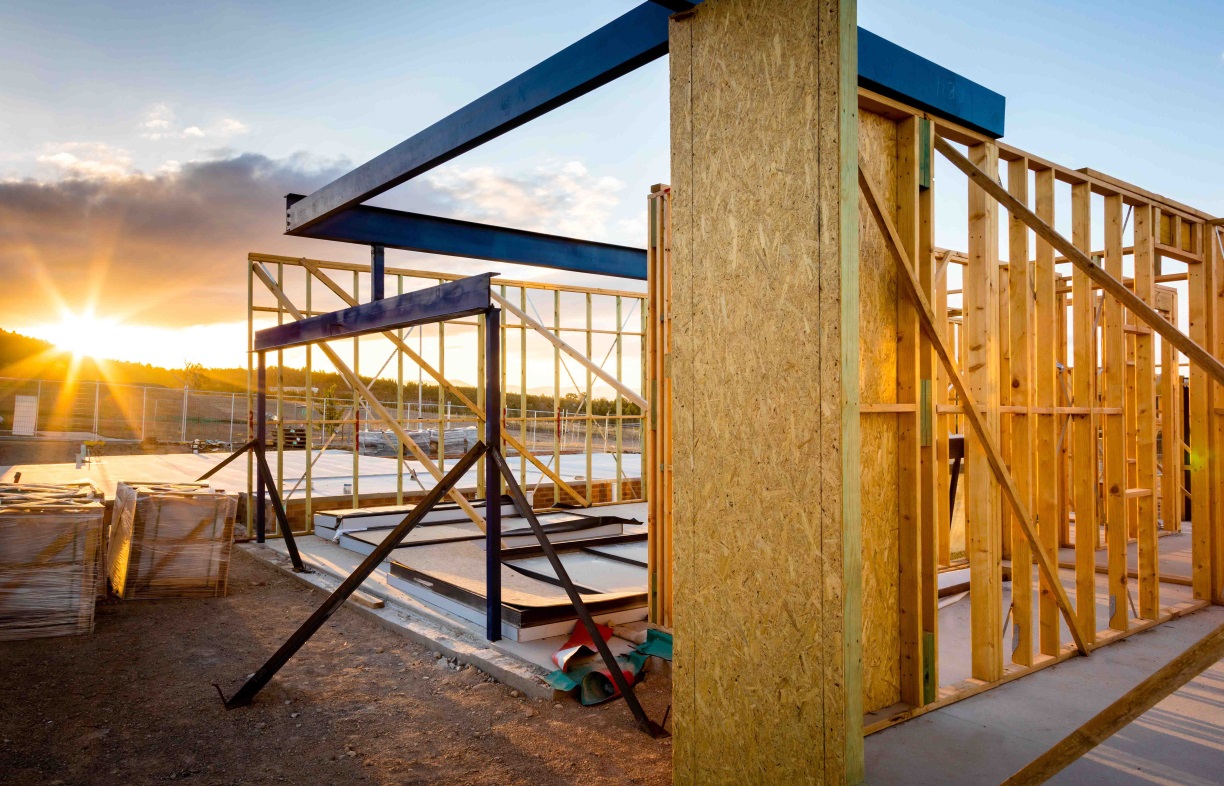 Australia has a brand new National Construction Code that doesn’t adequately address local climate, compliant building materials or construction quality. So what is being done to safeguard the construction of our homes?

After a three-year cycle of industry comment, review and revision, 1 May 2019 marks the adoption of a new code. Overseen by the Australian Building Codes Board (ABCB), the NCC is the nation’s defining operational document of building regulatory provisions, standards and performance levels. Its mission statement is to provide the minimum necessary requirements for safety and health, amenity, accessibility and sustainability in the design, construction, performance and liveability of new buildings.

Recent high-profile scandals, most notably affecting apartment developments, have highlighted how sluggish Australia’s National Construction Code (NCC) is at addressing real concerns about safety and compliance. The prevailing narrative is of a broken industry in crisis and a building regulatory system that is unfit for purpose.

Given the residential sector’s poor track record of delivering safe, compliant, energy efficient and comfortable homes, at the advent of this new code we need to consider: what the NCC has delivered for consumers, what still needs to be improved and, ultimately, question if the new code is yet good enough, based on how well our residential buildings measure up in terms of performance.

Safety concerns and compliance issues slow to be addressed

While falling short of the magnitude of a royal commission, we have had the industry’s woes exposed in findings of a major enquiry (The Shergold/Weir report) which looked at measures to improve the effectiveness of compliance and enforcement systems for the building and construction industry across Australia. It proposes no less than 24 major reforms that seek to address the building industry’s shortcomings, but are yet to be implemented in full. This report was not charged with investigating the code’s responsiveness to climate change or energy performance.

Instead, the widespread use of non-compliant building materials, and specifically combustible cladding, has been foremost in the minds of regulators. Three years ago, after the Lacrosse fire in Melbourne Docklands, the ABCB amended the existing code. This crucial revision has been carried forward into the new code. Individually, states have acted on the findings of a senate inquiry into this area. Last October, for example, Queensland enacted the Building and other Legislation (Cladding) Amendment Regulation 2018.

Just two months ago when the new code was released in preview form, we learnt that a significant number of approved CodeMarks used to certify compliance for a range of building materials are now under recall. The ABCB has also conducted work over the past 12 months to examine the possible contribution of lead in plumbing products to reports of lead levels higher than those prescribed in the Australian drinking water guidelines. Still, no specific measures related to this have been incorporated as revisions to the new code. The ABCB will first undertake a regulatory impact analysis and consider impacts to manufacturers and distributors of plumbing products, international supply chains and availability of technology.

Energy efficiency provisions – some improvements but no step change in residential

There is a more ambitions ‘Trajectory for Low Energy Homes’ process underway for 2022 when the next code is due, but in the meantime energy stringency levels remain the same as set nearly a decade ago when the 6 Star minimum was introduced.

The new 2019 code does include new heating and cooling load limits, however requirements for overall residential energy efficiency have not been increased and the new limits will be phased in over 12 months to 1 May 2020. In fact, the code has only just begun to respond to the problem of dwellings that are being constructed to comply, but which perform very poorly in the peaks of summer and winter and against international minimum standards. These limits deal only with the very worst houses – no more than five per cent of designs with the highest heating loads and five per cent with the highest cooling loads. As these provisions are in transition, for projects on the drawing board now it’s recommended you check with your design team that they’re being used.

Another change is a new verification method for building envelope sealing in the residential section of the code. This is a non-mandatory option to have a new houses airtightness tested in accordance with both Australian and international standard. While verification methods for residential energy compliance remain the same and not all dwellings will receive a star rating, the ‘as-built’ testing is quite like the UK’s mandatory blower door test for all new homes, but with the variation that Australian airtightness testing requires no temporary sealing of HVAC or intermittent ventilation systems.

References to building sealing testing and such things as setting upper limits to heating and cooling loads points to a national construction code which is endeavouring to bridge the gap around design performance and actual ‘as-built’ performance. In Europe such air-leakage tests are mandatory in several jurisdictions including Sweden and the UK.

Following extreme heat events, France decided to integrate a new requirement into their building code called ‘summer comfort’. It is now a requirement of the French building code to design buildings able to maintain a ‘comfortable’ indoor temperature during a heat event without the help of active systems such as air conditioners.

By way of contrast, off the back of record hot and dry summers, readers in such places as Adelaide and Perth might be surprised to learn the ABCB designates their climate as ‘the mildest region’ and the climate files for assessing housing thermal performance use 40-year-old BOM data! There are of course various ways to evaluate the effectiveness of building codes across different countries. In the energy efficiency space, lamentably, there has been no national evidence-based evaluation (let alone international comparison) of the measured effectiveness of the 6 Star standard introduced a decade ago in Australia.

The CSIRO did carry out a limited evaluation of the older 5 Star standard (dating back to 2005) which showed the benefits of a higher star rating in a reduction in heating demand. There were also some inconclusive findings around cooling requirements in different climate areas and more research is required.

The USA and Canada’s more advanced building code contains some comprehensive energy efficiency policies, incentives, and disincentives. There is a greater enforcement regime which includes third party on-site inspection during construction and after the completion of a building. They also have greater supporting measures to incentivise energy efficiency in residential construction having introduced minimum energy standards well before Australia.

In an election year, it's vital that the leadership from any newly formed government work in tandem with state building ministers to address industry problems and provide effective consumer protections.

Accessible housing is treated as a discrete project within the broader framework of the NCC. Advocates for code changes in this area, such as the Australian Network for Universal Housing Design (ANUHD), have written to the ABCB expressing disappointment that for this part of code it is business as usual. A Regulation Impact Assessment on the costs and benefits of applying a minimum accessibility standard to all new housing has yet to see the light of day.

Disability access is one area where commonwealth powers outside of the NCC have been enacted, that are bound in Australia’s obligations under the United Nations Convention on the Rights of Persons with Disabilities (2006). What is an adequate standard of housing in this respect is not well defined as are Australia’s federal regulations via the Disability Discrimination Act (DDA), which in relation to dwellings makes vague reference to what are termed “reasonable alterations to accommodation occupied by that person”.

Buyer beware: Beyond the current 2019 code

Some argue that deep-seated problems have developed from a code that favours innovation and cost reduction over consumer protection. Any new code needs to include sustained measures to protect housing consumers.

Confidence in the industry is shaken. It’s vital that the leadership from any newly formed government work in tandem with state building ministers to address industry problems and provide effective consumer protections.

It is sobering that when we sit down to estimate the levels of defective workmanship or penetration of faulty building products and systems, it is in the trillions rather than billions of dollars at stake. From legacy issues such as dangerous electrical cables, faulty plumbing products, non-compliant cladding, water ingress leading to mould and structural compromise, structurally unsound roof construction, poorly constructed fire resisting elements, missing insulation or ductwork that performs below rated values, or badly sealed and untested buildings, it’s all out there, so buyer beware!

The NCC adopts a performance-based approach to building regulation, but don’t expect the sales consultant to know the U-value of the windows, whether the doors are hung to allow for disabled access, or if the cleat on your tie beam is to Australian standards. With the NCC being a three-year amendment cycle, it is important any new initiative or standards for reference in NCC 2022 are discussed and put forward as proposals as soon as possible.

Consumers and their advocates must hold government and industry accountable to internationally comparable building standards and, despite a fresh new building code, more than ever perhaps, new home buyers, owner-builders and renovators need to insist on systems and design that take account of the local climate, appropriate compliant building materials and quality construction practices.

Sanctuary’s publisher Renew is part of a growing coalition of consumer and environment groups advocating for improvements to the NCC 2022. A version of this article was first published in The Conversation.

About the authors
Dr Timothy O'Leary is a Chartered Surveyor and Master of Architecture who holds a teaching and research post in the Faculty of Architecture, Building and Planning, University of Melbourne. Dr David Whaley is an electrical and electronic engineer working as a researching and teaching academic at University of South Australia. 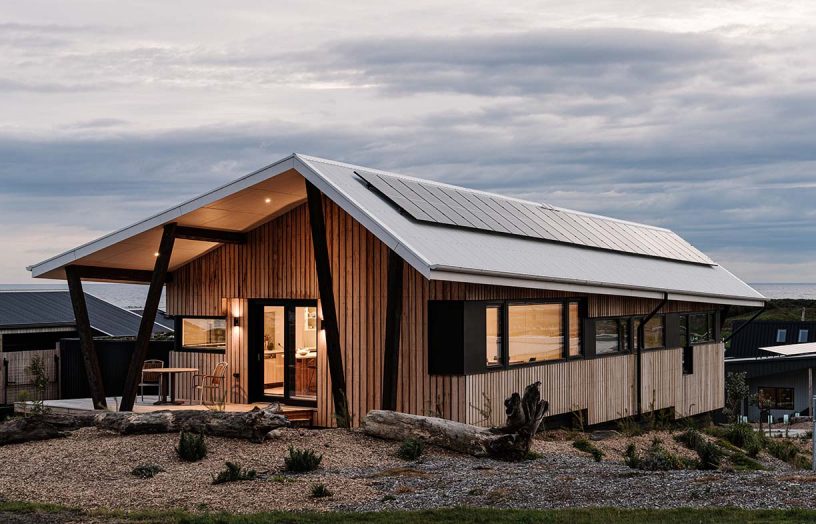 After years of campaigning, Renew is celebrating a win with news of the decision that all new Australian homes will need to meet 7-Star energy standards. 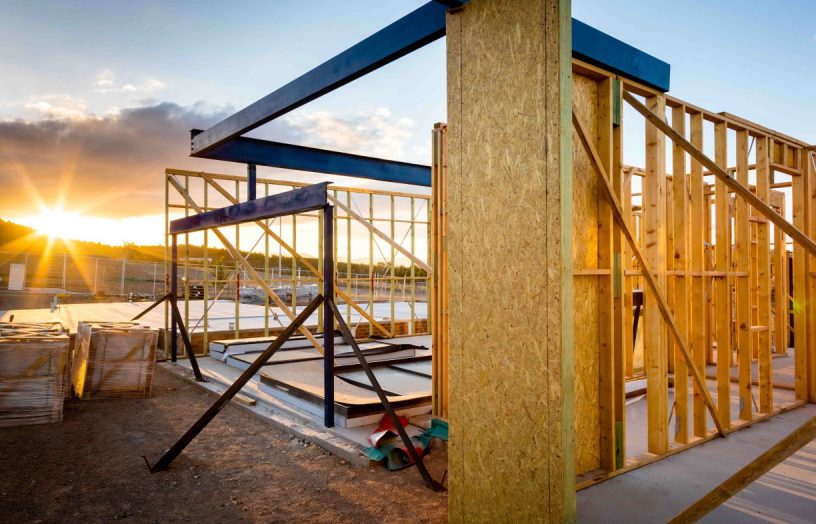 An alliance of more than 100 property, community, health and environmental organisations has today issued a forceful call to the country’s Building Ministers to lift the energy efficiency of new homes built in Australia.