Liz Martin's Bendigo home is a sustainable dream in the suburbs.

Tucked between modest brick and weatherboard bungalows on a Bendigo back street, Liz Martin’s new house both fits in with its neighbours and also quietly asserts its own style. The gable-end facade of recycled brick and dark blue Colorbond and the purple front door offer a welcoming entry to the simple, cosy two-bedroom house, designed to fit Liz’s lifestyle perfectly as she heads into retirement.

A veteran of several house builds and renovations over the years, Liz knew exactly what she wanted – and didn’t want – when it came to the design and build of her home. “I had a bad experience with the builders on my previous house, and ended up couch surfing for a year because it took so long to finish,” she says. “I didn’t want to end on that note. And I just really wanted to build a sustainable and nurturing house that would look after me as I age – I wanted to put warmth and energy into the design myself.”

Double-glazed sliding doors allow winter sun to pour into the small house, and a wide eave keeps it shady in Bendigo's hot summers. Liz loves her small garden, largely grown from cuttings given to her by friends.

Having searched for a long time for a suitable piece of land, she eventually purchased the subdivided backyard of a corner block just a couple of kilometres from Bendigo’s town centre. The 264-square-metre site has the street to the west and just enough room for a north-facing passive solar home, a carport to the south, and a small but lovingly tended native and food-producing garden.

Once she had the site, Liz went on the hunt for a builder. “I really wanted one I could get on with, who was okay with me being hands-on, and who would talk through any issues,” she recalls. Local husband-and-wife team Brendan and Vanessa at Wild Homes fit the bill, and helped Liz with the design too. “There’s not a lot of room for creativity with the footprint for a small two-bedroom house on such a constrained site,” Liz says, “but there is a lot you can do with roof angles, internal and external materials and flexibility of the internal spaces.”

Liz chose to line the ceiling and one wall in her open-plan living space with plywood for warmth and to soften the otherwise "somewhat industrial" look. Colour is brought in with the doors, furnishings and a bright orange front to the kitchen bench. The restored leadlight back door is a favourite feature: "It's lovely in the morning light." says Liz.

The front door opens straight into an open-plan living area and kitchen, with plenty of north-facing glazing for winter solar gain. Two bedrooms to the south are separated by a bathroom, toilet and laundry alcove, and a private covered deck on the north-eastern corner is partly roofed with translucent polycarbonate to admit more light to the eastern bedroom. The floor is a polished concrete slab for thermal mass, and the ceilings are raked to create a greater sense of spaciousness inside.

It’s a simple design, but each element was carefully thought out. “I designed it to be easy to keep clean, as I have allergies, particularly to mould,” says Liz. “For that reason it was important to me that everything stayed dry during the build. The team at Wild Homes were so understanding, and had the frame up and the roof safely on in about ten days.” She also researched very low VOC paints and floor sealer, and avoided spray foam around the windows and doors, spending time tucking in bits of bulk insulation instead.

The house is well sealed and insulated, with a thicker (120-millimetre) western wall to accommodate more insulation on the side that faces the hot afternoon sun. “The brick facade is an homage to my dad, who used recycled brick in everything – he built a lot of houses too!” Liz explains. “I particularly wanted to include some blue bricks, and found them at a Daylesford organic pig farm where they had a collection in the paddocks.”

To achieve financial sustainability – Liz was determined to avoid a mortgage at her stage of life – the budget for the build was just $210,000. To help meet this Liz sourced many of the materials and fixtures for the house herself, often secondhand or discounted stock. “If you’re prepared to put a bit of legwork into it you can save a lot of money,” she says. Tiles were remnant stock from the supplier’s warehouse, lights came from Ikea’s discount table, and she picked up her stove and rangehood secondhand (but unused) for $100. Even the Ikea kitchen was a bargain as it was runout stock.

The build took about ten months, and Liz moved in at the end of February 2020. Her favourite thing is the light inside the house: “I could never ever go back to living in an old house without light – I think I’d shrivel up!” All in all, it’s a great example of well-designed urban infill that meets Liz’s needs and keeps her connected to the community in which she grew up, without financial stress. “As a single person, you have to nurture your resources,” she says. “I love volunteering in my community and I am very happy to live in a sustainable house with very low ongoing costs so I can do that. And even though it’s small, it has room for my adult children and their families to visit. With this house, I’m not missing anything.”

Designer
Liz Martin & Wild Homes
Location
Bendigo, VIC
Cost
$210,000
Size
House 78m2, deck 12m2, land 264m2
Energy rating
6.9 Stars (see Insights)
Energy assessor
Ellis Energy Assessors
Insights
“An early energy assessment gave the house 7.3 Stars with a dark grey roof and 600mm eaves. But I really wanted a lighter roof and wider eaves, which reduced it to 6.9 Stars. For me, it was more important to get the house right for the climate than to get the Stars right, and the rating system isn’t perfect: Bendigo is in the same climate zone as Ballarat, but has much hotter summers and milder winters. We get some stinking hot days, so the larger eaves were really important to me.” - Liz Martin, homeowner 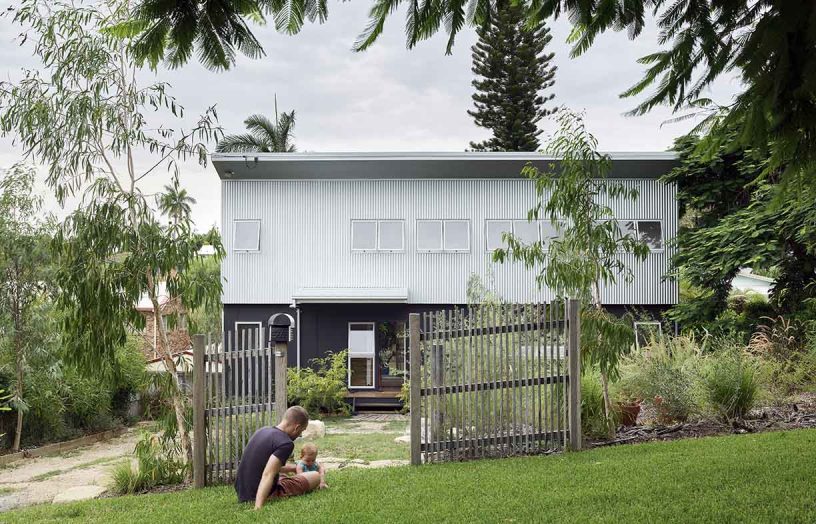 In subtropical Rockhampton, this family are enjoying their sustainable, low-maintenance home built on a tight budget. 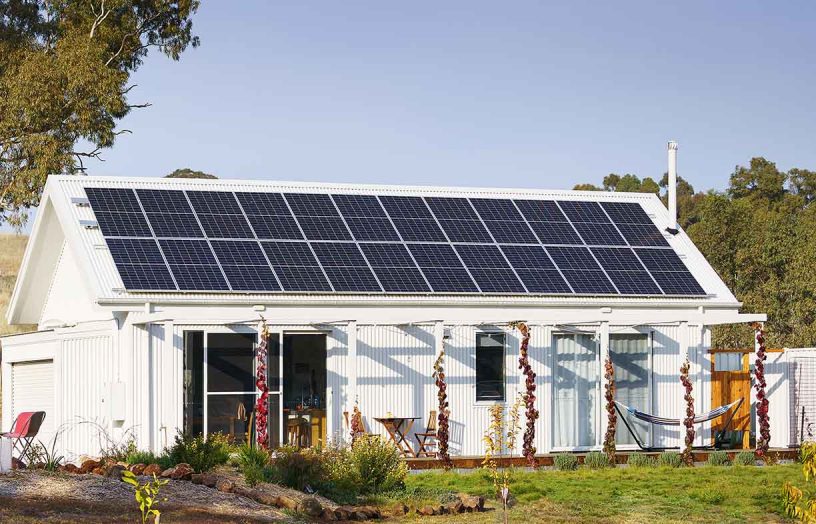 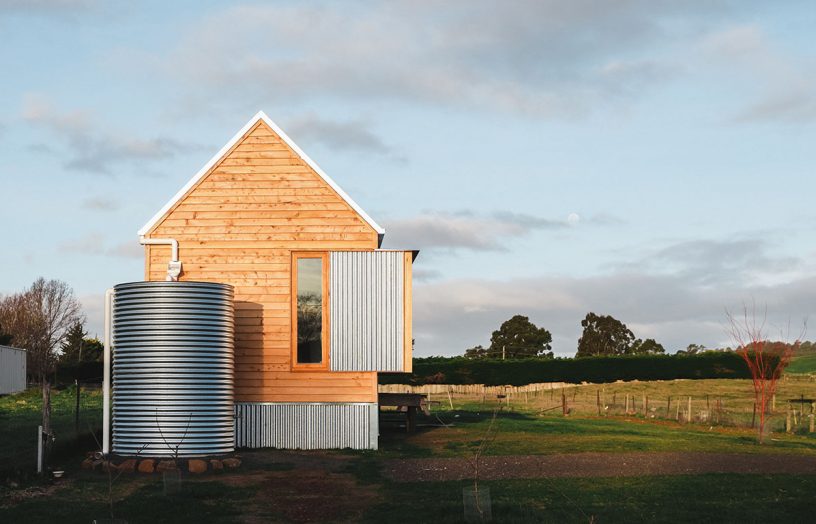 Drawing from the area’s pioneering past, Jiri Lev’s diminutive family cottage in northern Tasmania uses locally sourced, natural and raw materials and is a blueprint for affordable housing for the future.