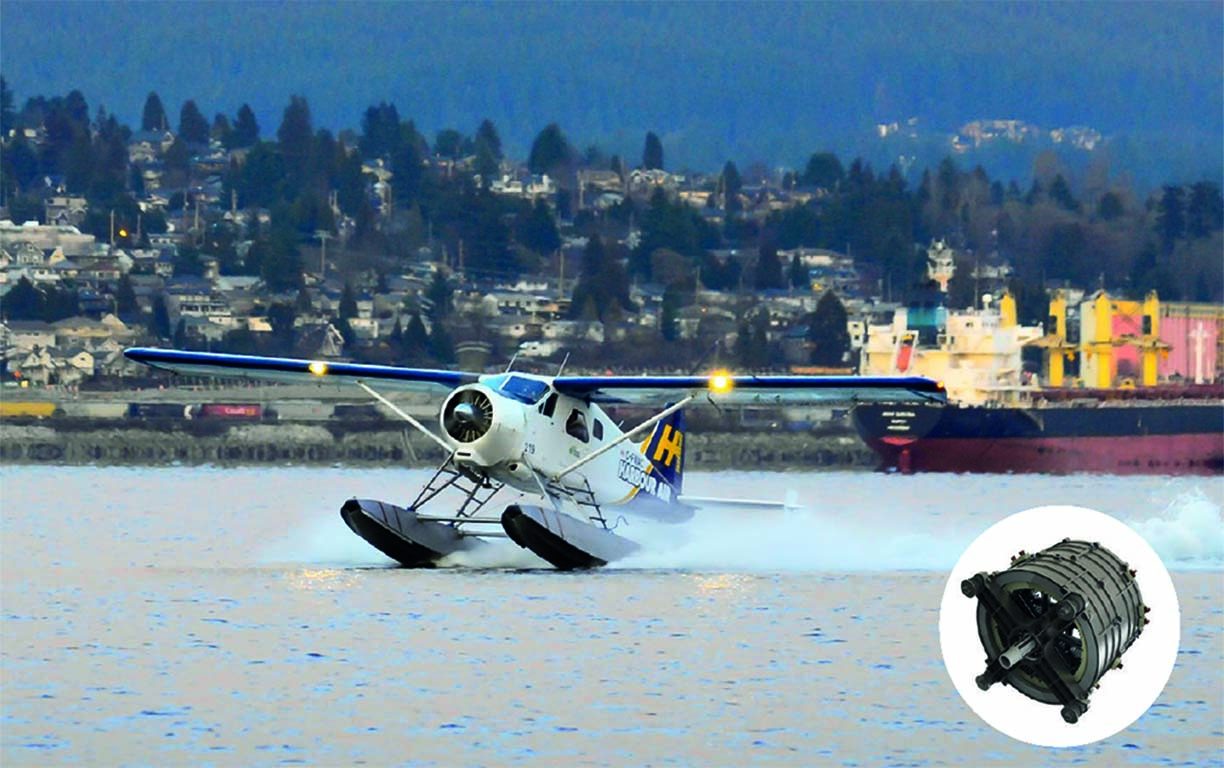 Harbour Air in Vancouver, Canada is planning to convert all 41 of its vintage aircraft to electric drive, starting in 2019. The motor (inset) is specially developed for aircraft use by Magnix. Images: Harbour Air and Magnix

Back in Renew 139 we looked at the electrification of commercial and public transport. Lance Turner takes a quick look at what progress has been made since then.

Possibly the most rapidly advancing form of electric mass transit is the electric bus. So many bus companies and municipalities are changing part or all of their fleets to electric, it’s hard to keep up. In the last year alone the following announcements have been made:

So has there been any movement on electric bus fleets in Australia? Not that we could find, but if any readers know of interesting news, please let us know.

It’s also good to see related companies thinking specifically about EVs. Continental has released their new tyre optimised specifically for electric buses, the Conti Urban HA3. The HA3 tyres have an increased load rating to cater for the higher weight of e-buses and thicker rubber on the treads for greater resilience to the high torque. The tread design itself was optimised for a longer lifespan through reduced wear, while providing maximum grip. 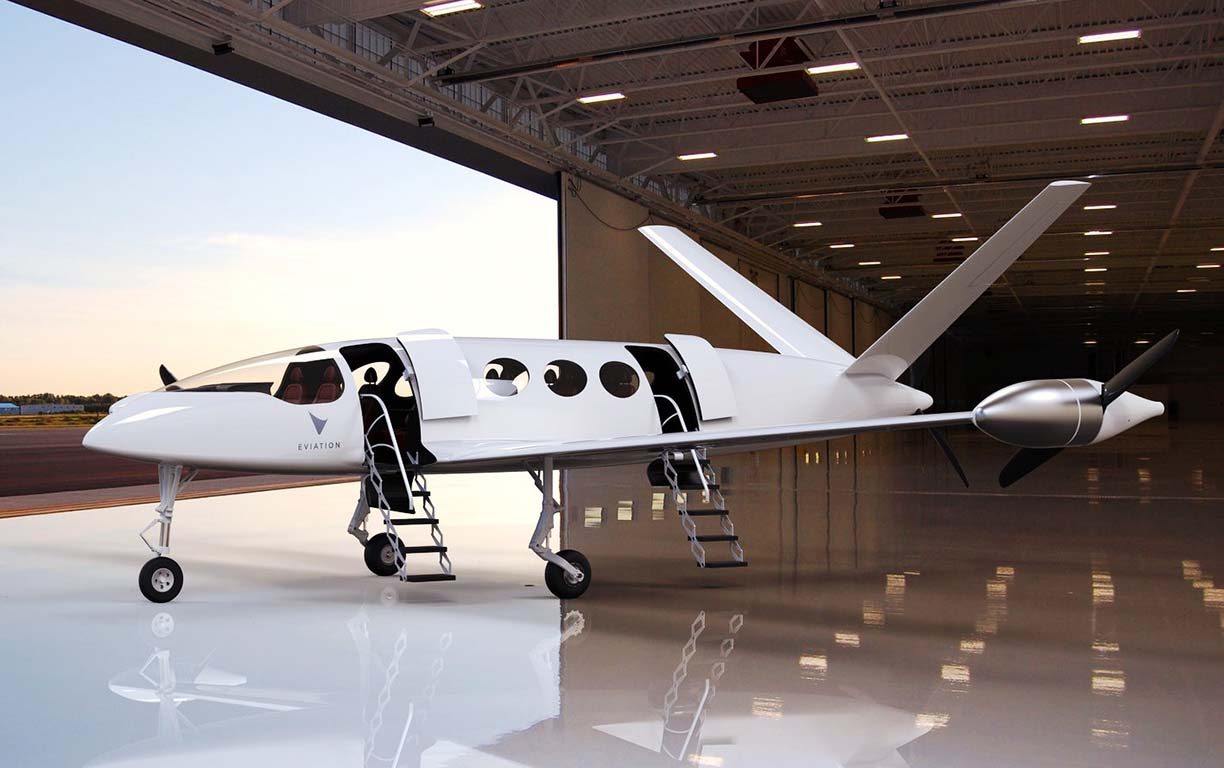 Eviation’s nine-passenger light commercial aircraft, the Alice, is made mostly from composites and uses three 280 kW electric motors from Magnix driving pusher propellers for highest efficiency. Expected range is over 1100 km at a cruising speed of 480 km/h and cruise height of 10,000 feet. Image: Eviation Aircraft Ltd.

Possibly the first airline in the world to announce that they are going completely electric, Harbour Air in Vancouver, Canada, is planning to switch its entire fleet of de Havilland Beaver, Otter, Twin Otter and Cessna Caravan aircraft to electricity. These 41 vintage aircraft will be converted from their noisy, high-maintenance and polluting combustion engines to use the Magnix magni500 drive system, which can supply up to 560 kW (750 shaft horsepower) using a 540 V battery system (www.magnix.aero).

Aside from eliminating local emissions and noise, the electric drives will extend the lifespan of the aircraft while greatly improving efficiency and lowering maintenance costs.

While Harbour Air is North America’s largest seaplane airline, it is tiny compared to airlines that fly larger passenger jets—but they still fly 500,000 passengers annually. With all flights being 30 minutes or less, they are ideally suited to electric drive using current battery technology, which is the limiting factor for electric aircraft at the moment. As battery technology improves to provide more energy with less weight, such systems will become suitable for larger and longer range aircraft.

Harbour Air hasn’t yet started the conversion to electric, as the Magnix drive systems are quite new, but first test flights are planned for late 2019. You can read more on this interesting project at bit.ly/HAEPCP.

So has there been any progress on longer range aircraft moving to electric drives?

Eviation is developing their 11-seat (two crew, nine passengers) all electric passenger/private plane, the Alice, which will use three of the 280 kW Magnix magni250 motors and a 900 kWh battery to give a range of over 1100 km and a cruising speed of around 480 km/h. The Alice is expected to be test flown at the Paris Airshow this year and go into service shortly after. See eviation.co for more information.

It’s not just high tech startups getting into the electric aviation game—some very experienced people are putting their hats into the ring as well.

NASA is underwriting a project to develop a cryogenic hydrogen fuel cell system for powering electric aircraft. The three-year, US$6 million contract will fund the Center for Cryogenic High-Efficiency Electrical Technologies for Aircraft (CHEETA) to investigate the technology needed to replace conventional fossil fuel propulsion systems with an all-electric design.

The CHEETA project is a consortium of the Air Force Research Laboratory, Boeing Research and Technology, General Electric Global Research, Ohio State University, Massachusetts Institute of Technology, University of Arkansas, University of Dayton Research Institute and Rensselaer Polytechnic Institute. Although still at the concept stage, the vision for the technology is to use cryogenically cooled liquid hydrogen instead of the far less energy-dense compressed hydrogen—allowing for long-haul flights that can’t yet be done with battery technology. There are many problems yet to be solved in such an aircraft system, and hydrogen will only reduce emissions if it is renewably produced, but with such big names working on the problem, progress should be quite rapid (bit.ly/2HEFb95).

Budget airline EasyJet is also pushing for a shift to electric aviation. EasyJet’s US partner Wright Electric is working towards development of an all-electric passenger jet for the airline’s UK and European fleet, aiming for a range of 500 km. Wright Electric is planning to make its first flights of the nine-seat passenger aircraft in 2019, while EasyJet is planning to have their first electric airliners in operation by 2027 (reut.rs/2wa0UR1).

Some governments are also forcing the move towards electric air transport. Norway has now deemed that all short-range flights (flights of up to 1.5 hours) should be aimed to be done using electric aircraft by 2040. The public operator of Norwegian airports, Avinor, is aiming to be the first in the world to switch to electric air transport (bit.ly/2JYYnB8). 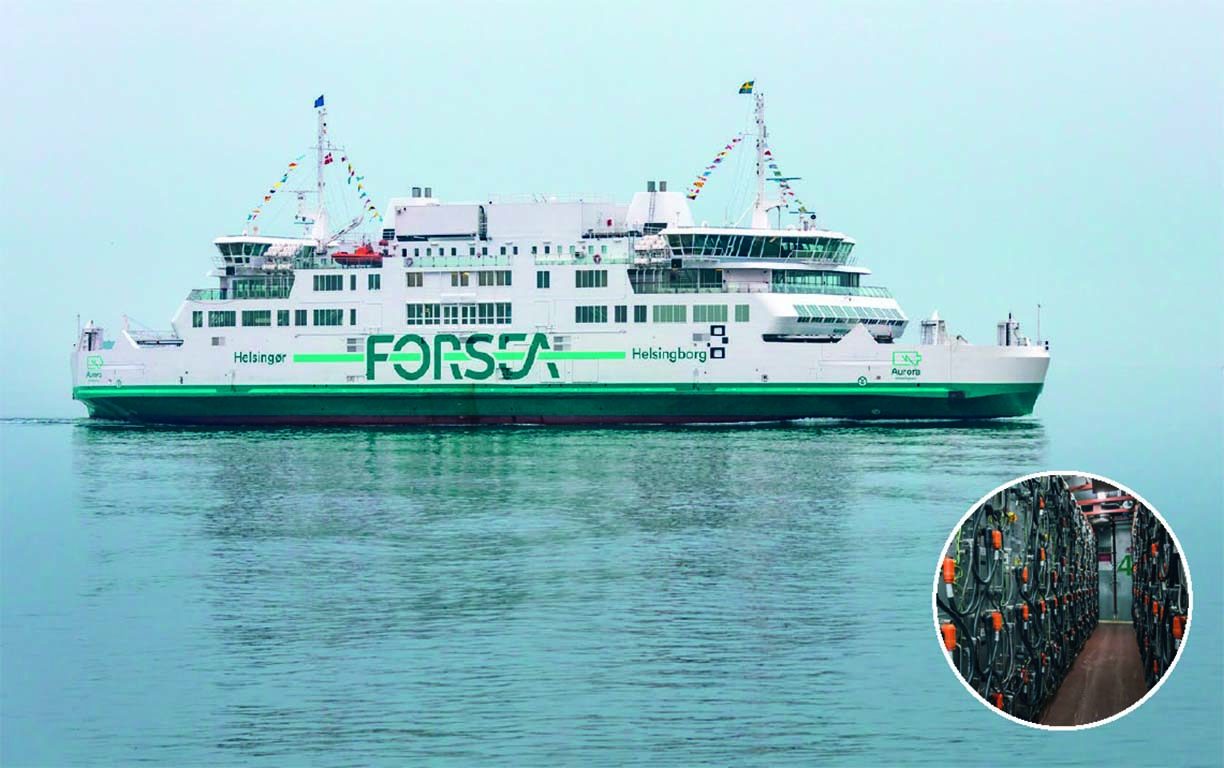 ForSea has two completely battery-powered ferries in day-to-day operation. Each can carry more than 1100 passengers and 240 vehicles on the 20-minute journey across the Øresund Strait between Sweden and Denmark. Each ferry has over 4 MWh of battery storage (inset). Images: ForSea Ferries

There are quite a few new and interesting personal electric watercraft either just coming onto the market or in development, but in the larger shipping arena, electrification has so far mostly been for shorter route ferries.

A great example are the ForSea ferries (forseaferries.com) that run between Helsingborg in Sweden and Helsingør (Elsinore) in Denmark.

The two ferries, the Tycho Brahe and Aurora, make the 20-minute journey between the two cities every 20 to 40 minutes, depending on time of day. Between runs they fast charge at each dock at up to a 10.5 MW charge rate, charging for six minutes on the Swedish side and nine minutes on the Danish side.

Each ferry has a total of 4.16 MWh of batteries, weighing in at around 57 tonnes. Because each trip only uses around 1.2 MWh, each ferry has plenty of reserve. Should the batteries be depleted due to circumstances such as charging system maintenance, the ships still have their previous diesel/hybrid drive system available if needed.

The ForSea ferries are a great example of how shorter range shipping can be electrified right now—the technology and know-how exists, it just needs to be implemented.

Electric boats can be used almost anywhere a regular boat is, with the added advantage of no toxic diesel fumes and near-silent operation. These attributes are two of the drivers behind the new Maid of the Mist electric boats that will be taking tourists to Niagara Falls in the near future, replacing two of the existing diesel-powered boats.

The US-made catamaran-style boats are fast-charged by an on-shore system for seven minutes each time they dock, allowing for the quick turnaround times required at such attractions. Drive systems, battery packs and charging system are all being supplied by ABB (bit.ly/MOTMEB). 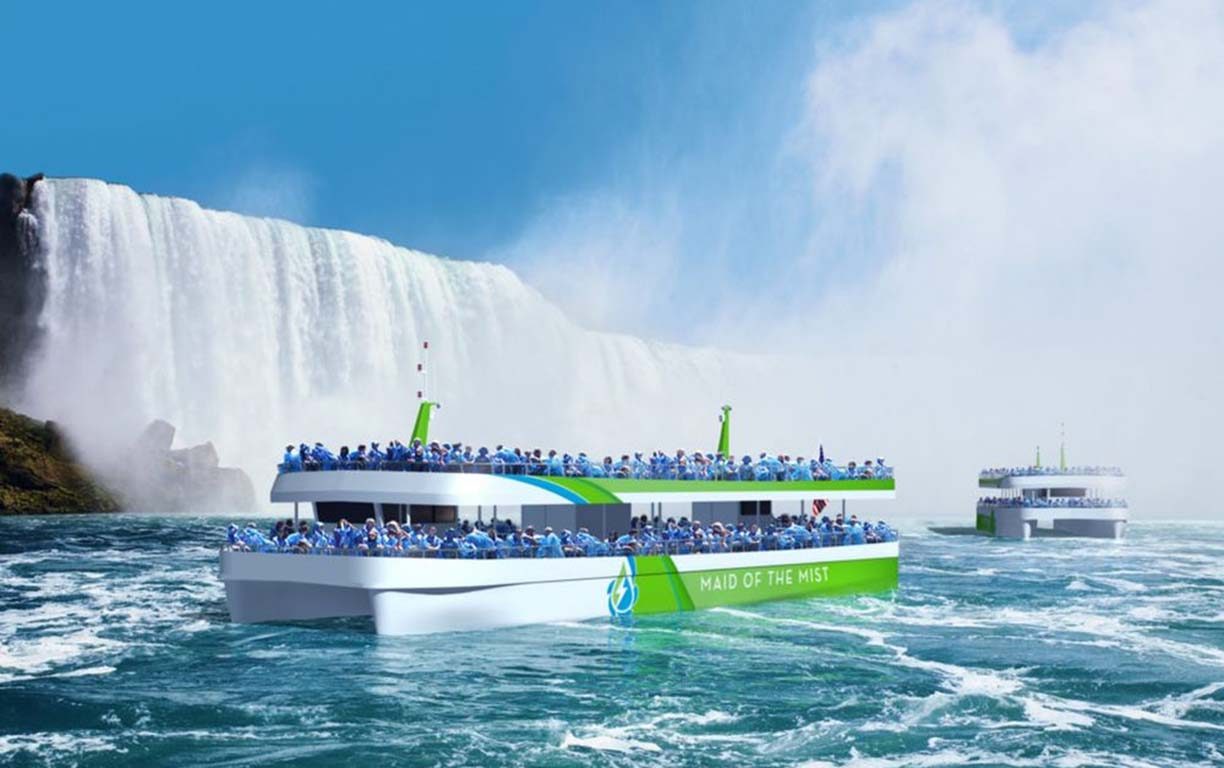 While shorter range trucks are being electrified in increasing numbers, a number of companies are working on longer range trucking. The best-known of these is the Tesla semi, which will use large battery banks to give ranges of up to 800 km between charges.

Siemens has taken a different tack and gone back to older technology—overhead wires—to deliver electricity to heavy vehicles on highways. A stretch of electrified highway (Siemens calls it the eHighway) has been added to the autobahn, making it the third such installation after test systems in the US and Sweden. The German system is 10 km long and runs between Frankfurt Airport and the Darmstadt/Weiterstadt interchange. According to Siemens, if 30% of Germany’s highway truck traffic were electrified in this way using renewable electricity sources, it would eliminate 7 milllion tonnes of C02 emissions each year. 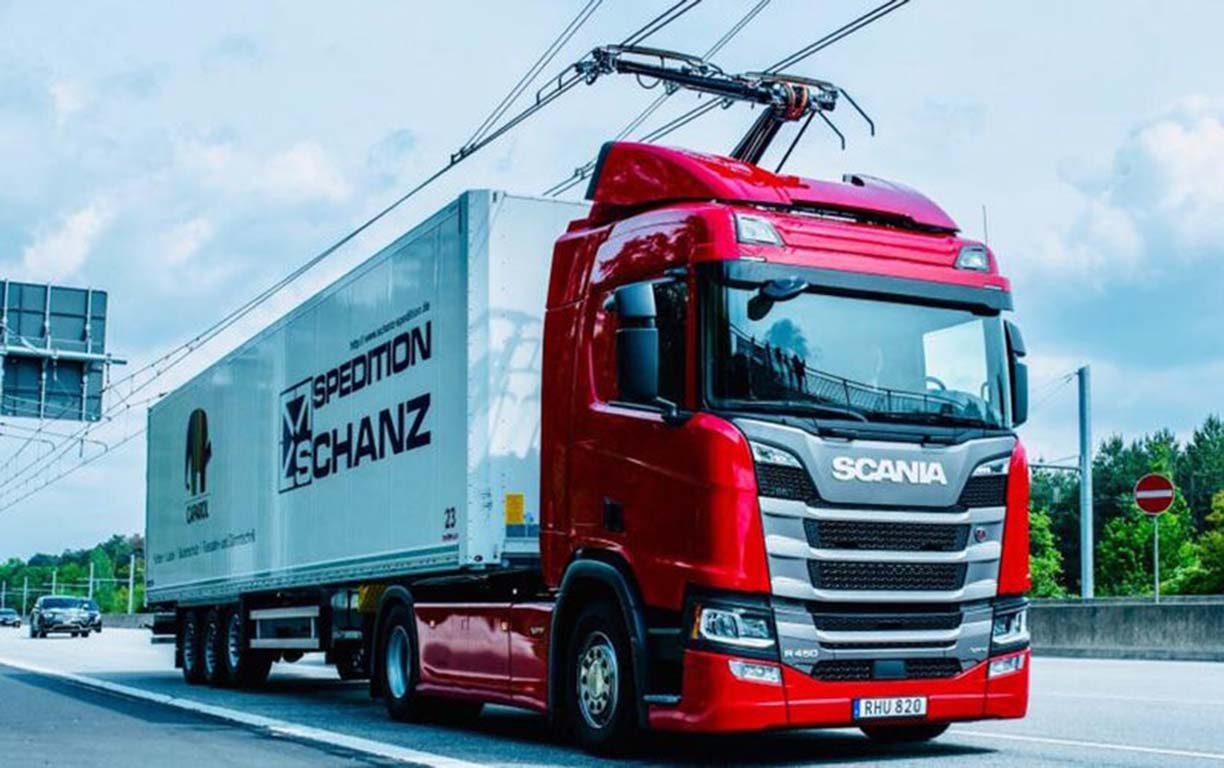 The Siemens eHighway system uses trucks fitted with pantographs to collect electricity from overhead wires along highways to reduce emissions by powering the trucks with electricity. Off the highway, a hybrid drive system is used. Image: Siemens 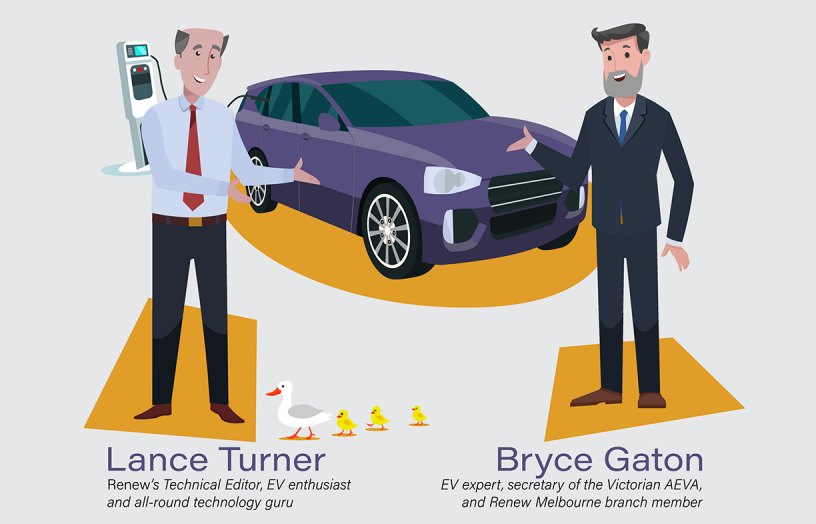 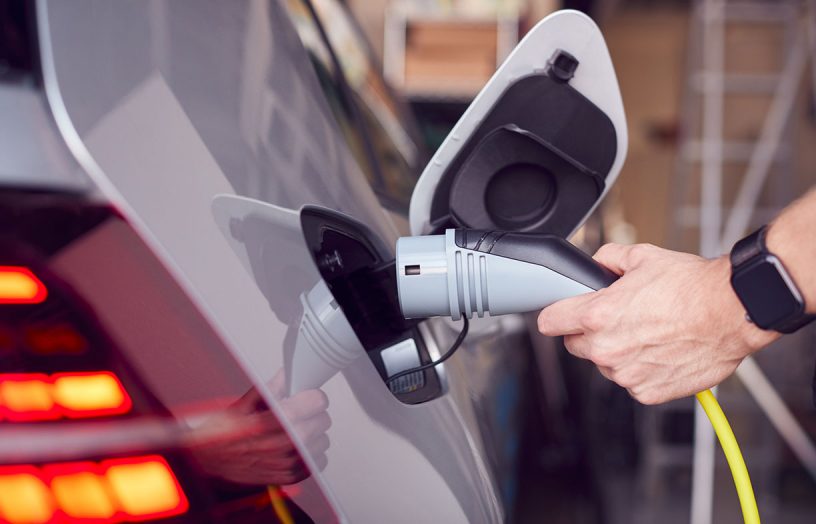