A house designed as a fibro shack retrofit is soon to become a sustainable housing laboratory—after competing in the Solar Decathlon China. Beth Askham reports on the many energy-efficient features of this net zero energy home.

Replenishable Energy in Queensland recently installed a large lithium battery based system in the bush. Rollo Sherriff describes how impressive it is.

How’s that—the largest wind farm in the southern hemisphere is now operating in Victoria! Alicia Webb gives us an update on the state of wind in Australia.

The Alliance for Rural Electrification steps up a campaign for small wind in developing countries.

Robyn Antanovskii finds there’s an EV for everyone at the recent expo, organised by the
ATA’s Melbourne EV branch.

Solar panels are popping up on homes everywhere, but how do they actually work? Lance Turner gives us a tour of the basics.

Colin Dedman updates his popular PV testing to include new panels and those that had previously only had a run in summer.

How sustainable is solar PV?

Engineer Alex Bruce became a convert to life cycle assessment (LCA) after failing to answer a question on PV sustainability. He describes how LCA is used by the company he co-founded, eTool.

Three years in, Rebecca Prince-Ruiz knows about the good and the ‘slightly tricky’ of going plastic free.

After a spate of trials, is there a better deal in store for householders, asks Jack Nicholls?

Rich Haynes considers options for monitoring if you don’t have a smart meter.

Australian-run website PVOutput enables you to compare how your PV stacks up against others around the world. Gary Gliddon explains.

Measuring a loaf of bread

Poorly performing windows can drag down the thermal performance of your home. Lance Turner looks at some solutions.

John Hermans explains what biochar is, its environmental benefits and the process he uses to make it.

After a slow and costly start, Martin Chape’s DIY solar HWS is working so well that there’s heat to spare. He describes the challenging build.

Having just turned 94, active ATA member Bruce Plowman takes time out to talk to Beth Askham about his home, his love of technology and the role he played in war-time communications.

According to the International Energy Agency, energy efficiency is the key to carbon abatement—but that’s not evident in a range of recent reviews in Australia, writes Alan Pears.

Mechanical paper-handling parts and an excellent scraper are just some of the parts you can rescue from these oft-discarded items, writes Julian Edgar. 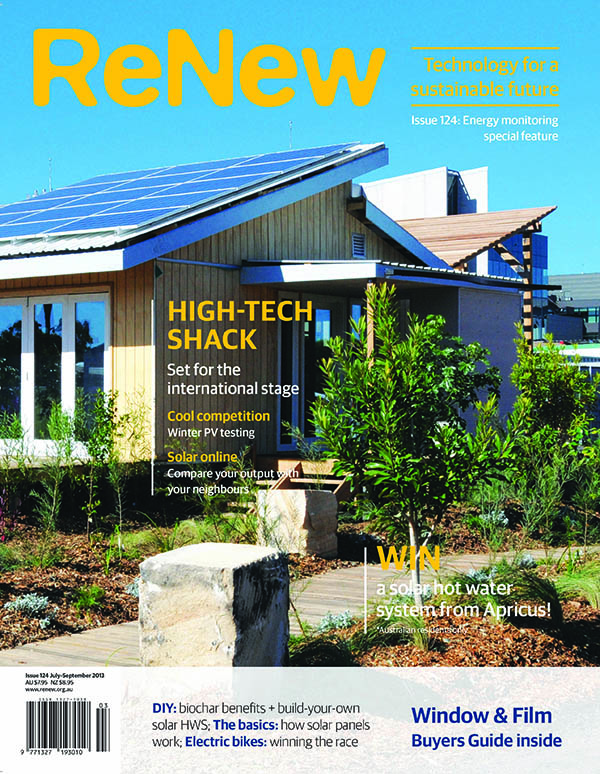