It’s not all black and white: why roof colour matters 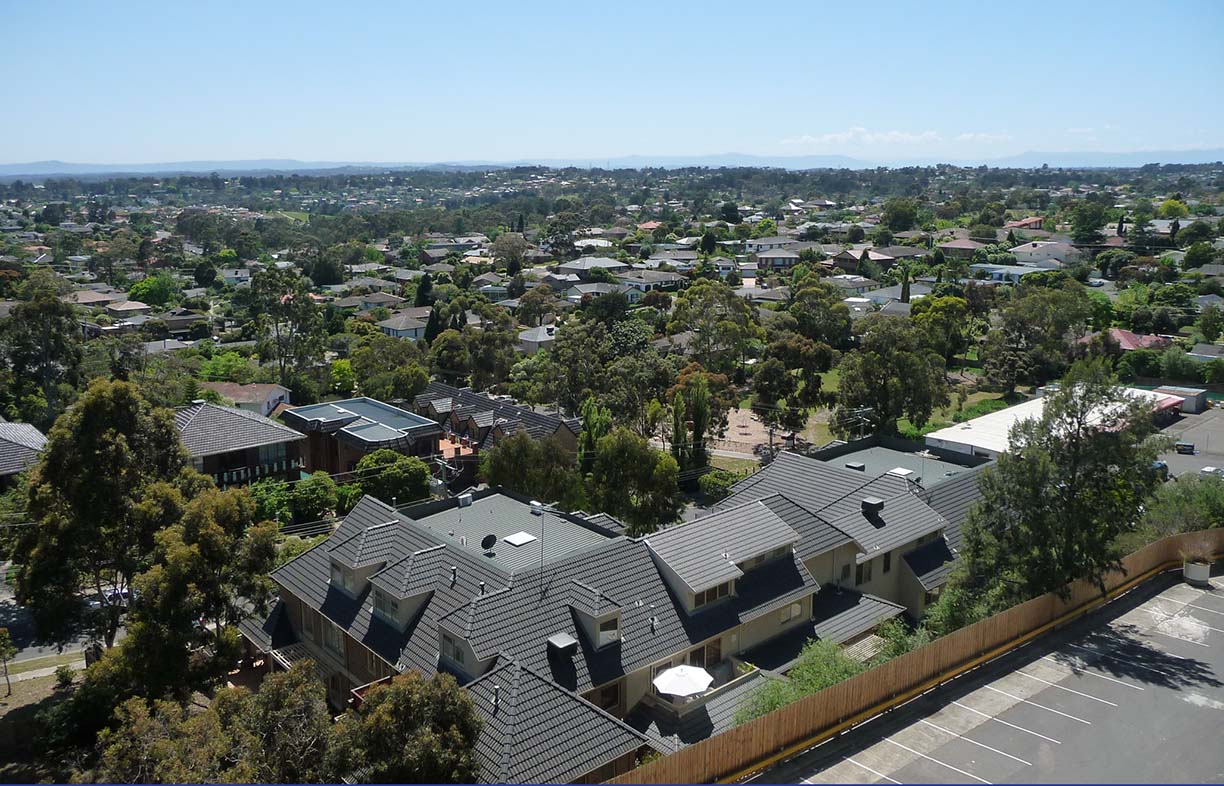 A typical suburb in Victoria. Lots of houses with dark coloured roofs and tiny eaves make for very uncomfortable living without a air-conditioner.

[ed note: this article may contain links for products that are no longer on the market. For more information about roofing materials, see A roof over your head: Choosing the right roofing material from Renew 138]

Many houses in the Australian suburbs have dark roofs. But in a land as hot as ours, why is this so? Lance Turner tries to answer this question.

It seems that almost every new home built in Australia has a dark coloured roof, with the majority ranging from grey to black. While they may blend into the landscape better than a light coloured roof, they are certainly not as good at keeping temperatures in the home livable.

The reason goes back to basic school physics of course—black (or dark coloured) surfaces absorb a great deal more heat energy than do white (or light coloured). Indeed, it’s not unrealistic for a black roof to reach 80°C on a hot day.

The real problem though comes from the fact that the under surface of the roof re-radiates this heat into the roof cavity of the home. Unless the home has very high levels of insulation, this heat rapidly migrates into the living spaces through the ceiling. This can be felt on hot days by touching the ceiling. It’s not unusual for the ceiling of a poorly insulated home to reach 50°C on a very hot day.

Now, all this is pretty obvious, but the reason so many homes in Australia suffer from this problem is less so. After doing some research, it became clear that there are at least three main factors in the black roof issue.

The first is that many people prefer the look of a dark roof because, as mentioned earlier, it blends into the surrounds better, although this depends on the surrounds of course. However, as can be seen in the photo above, in areas with lots of greenery, darker roofs do indeed stand out less.

The second factor seems to be the building industry. Unfortunately, the industry does tend to set trends based on what they perceive the customer wants (which is not always what they actually want or need). A great example of this is halogen downlights. Builders install these environmental disasters because they are cheap to buy and because they believe customers want a flush-fitting trendy light. The fact that they increase the running cost of the average house by hundreds of dollars a year doesn’t enter the equation.

The third factor is local government. Many councils have restrictions on how light a colour you can use on a roof. The main reason for this seems to be that the majority of the housing stock already has a dark coloured roof, so new buildings have to blend in to some degree.

The lack of foresight is plain to see— if no-one changes the equation, we will be stuck with dark-roofed, thermally inefficient houses for evermore.

There are a number of ways to get around the dark roof problem. The first is simply to ensure that the roof space is as well fitted out as possible in respect to resisting heat transfer. This means using a double barrier of foil insulation under the roof material and bulk insulation on the ceiling. This combination will reduce, but not eliminate, heat flow into the home.

However, insulation can also be used in conjunction with forced ventilation of the roof cavity, using a mains or solar powered fan. Wind powered fans just don’t cut it, generally, as we often get hot, still days, and they simply don’t move enough air to substantially reduce heat build-up. Ideally, you should be looking to replace all of the air in the roof cavity every 10 minutes or so in order to keep on top of heat transfer.

While these methods will work, it makes sense to stop heat entering the roof cavity in the first place. There are a number of roof paints available that are designed to reduce roof cavity heating by reflecting infrared radiation (the main heating component of sunlight). While many of these paints are quite light in colour, they are now also available in a range of colours, from white through to almost black. Typical examples are Cool Paints (www.coolpaints.com.au) and SolarCool (www.solar-cool.com.au).

This seems a bit counter-intuitive— how can a dark paint not absorb heat? But according to the various manufacturers of these paints, the particle size of the ceramic/glass/metal additives in the paint are such that they reflect the heat without reflecting visible light, so they look like a darker surface but perform thermally like a lighter one.

Of course, you could just paint your roof a much lighter colour, and indeed, standard light coloured roof paint can reduce energy absorption by a considerable margin—50% or more. But special coatings work better, at least according to the manufacturers.

Interestingly, special paint is not the only material said to reduce thermal absorption. BlueScope Steel have recently released a new Colorbond roofing range with a similar coating that reduces heat absorption while leaving the colour of the material unchanged. But does it really work? According to BlueScope, with the introduction of their Thermatech coating, the Colorbond colour named Dune has moved from a ‘medium’ classification to a ‘light’ classification under the BASIX scheme. In the darker colours, the solar reflectance of Ironstone and Woodland Grey have more than doubled. However, not all colours perform like this, and the average reduction of solar absorbance across all colours is 5%. Still a worthwhile gain, but in itself it won’t make your home livable if it’s currently a hot box in summer.

While these sorts of technologies can indeed reduce heat absorbtion by roofing material, this is not all there is to having a cool roof. The other important part of the equation is that the material needs to be able to re-radiate any absorbed heat back into the sky. Corrugated galvanised iron roofing is a good example of a material that doesn’t do this. Even though it is light in colour, it doesn’t re-emit well, and so heats up quickly. So, the material needs to be a good reflector and a good emitter, something a little more difficult to achieve.

Around the world a number of energy efficiency advisory groups and programs are incorporating the concept of cool roofs into their information and calculations. For example, there’s the Cool Roof Rating Council in the US (www.coolroofs.org) and the CoolRoofs Project in Europe (www.coolroofs-eu.eu), and the US Energy Star program is also including roofing material information in their recommendations.

A quick check of ratings systems here in Australia shows very little thought given to the colour of roofing materials, although the NSW BASIX system does mention roof colour as one option for gaining points in their program.

The Nationwide House Energy Rating Scheme (NatHERS), upon which the various state schemes are based, is rather unhelpful in this regard. Very little information is available on the NatHERS website (www.nathers. gov.au) as to whether roof colour is even considered in the rating system. Many of the state and federal government websites, such as the Your Home site (www.yourhome.gov.au) have some basic information such as ‘a dark roof will make your home hotter in summer’, but that seems to be about the extent of it.

All in all, information on this subject is rather lacking, so it’s not surprising that Australia has so many dark roofs. If the legislators don’t prioritise the subject then how are builders and home owners going to know it is such an important issue?

The same goes for local government. There seems to be little or no consideration at all in using light roof colours to reduce energy use. We could find almost no references to roof colour on any council website we looked at. Amazingly, it just doesn’t seem to be on the radar for most regulatory authorities.

However, there is hope. In April the Council of Australian Governments announced that it would request the Australian Building Codes Board to increase the stringency of the Building Code of Australia energy efficiency provisions for all new housing to a 6 Star energy rating in BCA 2010. The enhanced provisions include light coloured roofs, so we may just see some long term improvement in this area.

But why wait for the powers that be to make it happen? The best thing any home owner can do to make their home cooler in summer is to change the roof colour to a much lighter one. Talk to your council, see what their restrictions are regarding roof colour, and then talk to or letter drop your neighbours, explaining your plans and how the roof will look. Don’t forget to explain why you are doing it. Once they realise they can cut hundreds of dollars a year from their cooling bills, you may just have a few people follow your lead. ✲ 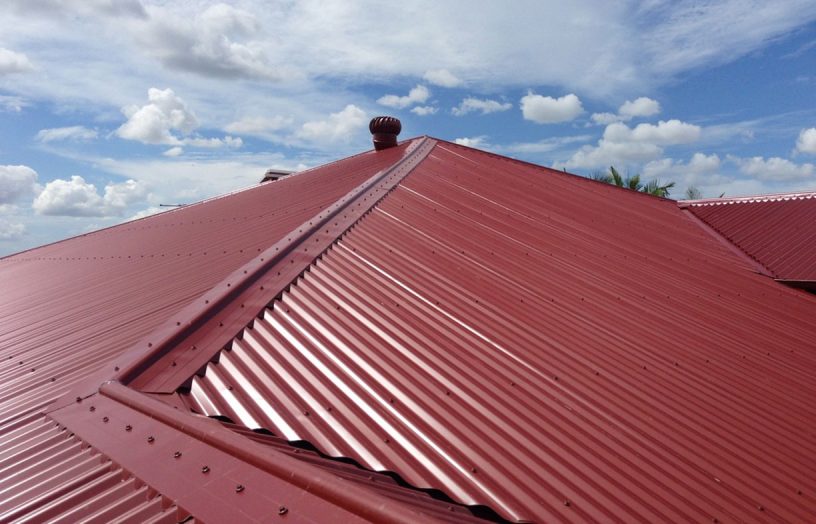 A roof over your head: Choosing the right roofing materials

There are many different roofing materials to choose from, but what are the advantages and disadvantages of each, and how sustainable are they? 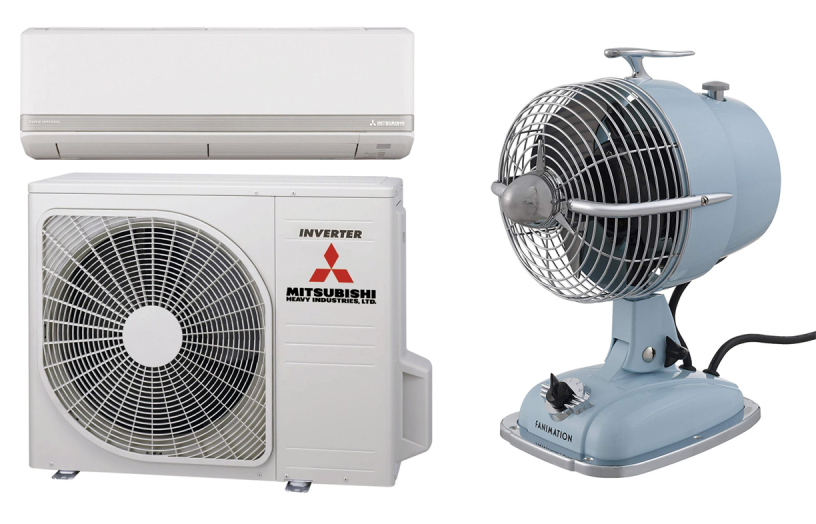 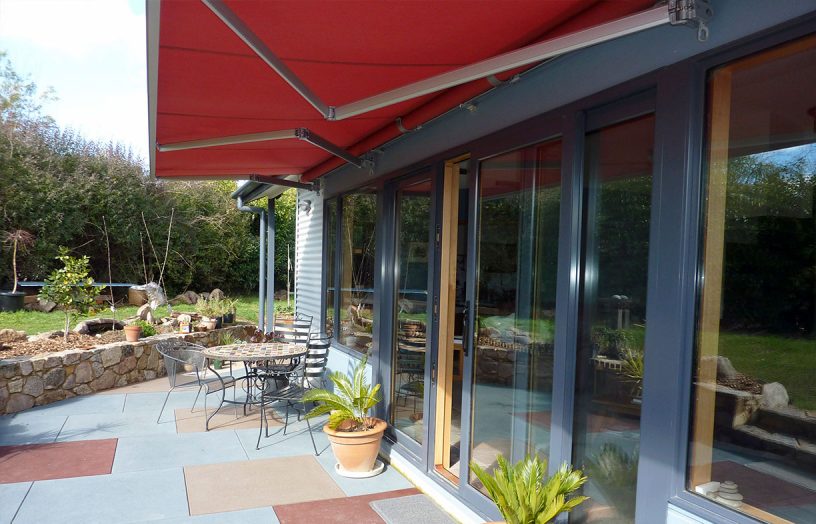 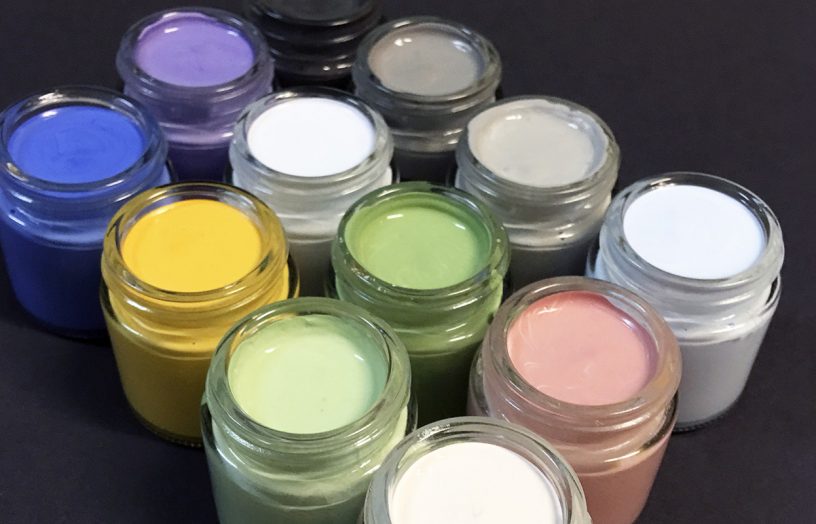 Paints have become more eco-friendly in recent years, but there are still traps to look out for. Daniel Wurm explains the advantages of using environmentally friendly paints. 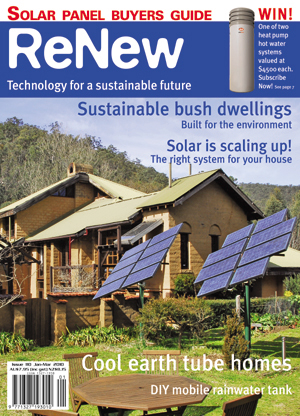