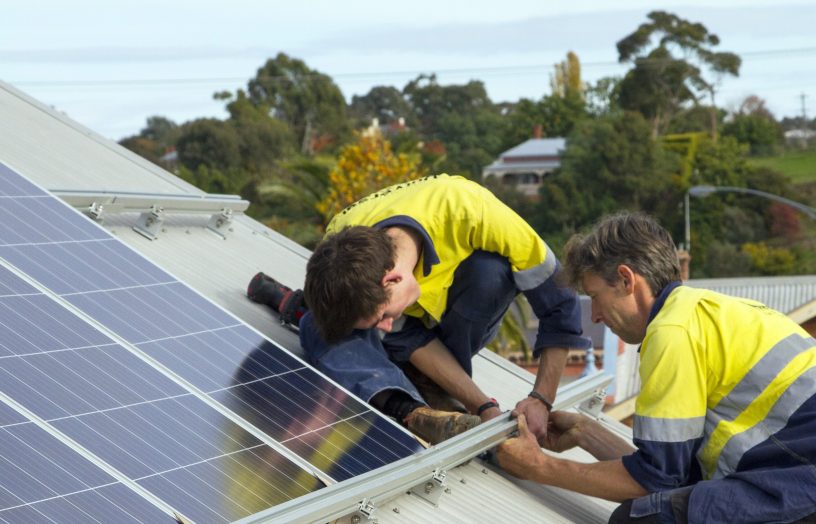 Melbourne families could save $700 per year on energy bills by choosing a new home that doesn’t have a gas connection and opting for all-electric appliances instead, new research has found.

But households are currently locked out of these savings because Victorian planning regulations force new housing developments to connect to the gas network, increasing energy bills and climate pollution.

The report, Creating Victoria’s First Gas-Free Suburbs, is published by Renew and Environment Victoria. It finds:

“Not only is gas an expensive fuel, but the costs of the gas connection and regular fees can really add up. Choosing to be all-electric can give families a significant saving on their home energy bills.”

“Comparing a basic house with gas appliances versus electric appliances, the all-electric house saves at least $700 per year. If you then make that house more efficient and add solar, you’re looking at savings of up to $1795 per year, cutting bills by up to 80 percent.

“Even better, putting those savings into your mortgage could reduce a home loan by two years.”

“For decades government programs have encouraged Victorian homes to connect to gas, locking households into a polluting and increasingly expensive fuel.”

“Some of those programs have ended but there are still hidden subsidies for the gas industry through regulations that force many new homes to get a gas connection even though they’d be better off without one.

“As a result, the Victorian gas network keeps expanding and that’s creating pressure for damaging new projects like Viva Energy’s proposed gas import terminal near Geelong and gas drilling near the Twelve Apostles.

“These outdated planning regulations need to change, paving the way for Melbourne’s first gas-free suburbs which will leave households and the environment better off.”