Green roofs – Getting past first base 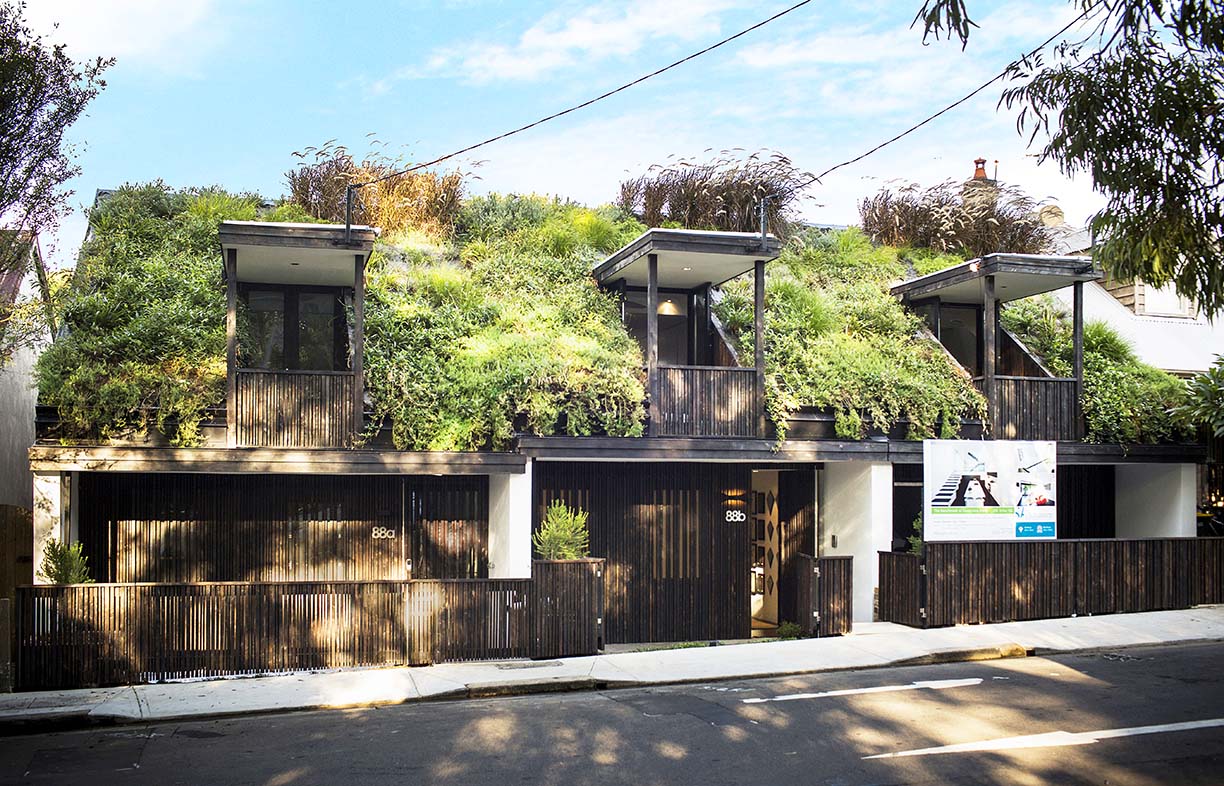 Completed last year, these award-winning townhouses in Angel Street, Newtown, NSW, were built by Steele Associates to incorporate native, low maintenance green roofs for thermal and acoustic insulation. Among other energy- and water-saving features, each house has extensive window shading, solar power, energy monitoring and 8000 litres of rainwater for irrigation, flushing and washing.

Many green roofs don’t get past being a ‘good idea’, but with some knowledge and planning you can follow through on your desire to green up high, writes Dick Clarke.

Green roofs are places where nature can thrive in spaces we don’t usually use for any other purpose. And they are rightfully catching on around the world as more people recognise the benefits of bringing living greenery into what would otherwise be hard environments. But too few residential green roof projects get further than the drawing board, and often because of avoidable obstacles encountered in the design and planning process.

Before we get into the ‘hows’ of green roofs, it’s important to first consider the many good reasons to include one at home.

Traditionally, increasing density has come at the expense of nature but this need not be the case. There is space to recreate natural systems between, on the sides of, and on top of our buildings. There can be many drivers for this, including government policy.

In Singapore, the government set a target of 50 per cent tree cover in what many people think of as a small island covered in high-rise. Their 2003 master plan A City in a Garden set the framework that is evident today, where the population has nearly doubled since the 1980s, yet the total green cover grew from 36 to 47 per cent. With over 90 per cent of Australians now living in towns and cities (and New Zealand isn’t far behind that percentage), we’re starting to think along these lines with the 202020 Vision that aims for 20 per cent more urban green space by the end of this decade.

It is intensely interesting when buildings engage with plant life externally and internally. And green exteriors help to cool buildings too, so it’s an obvious strategy to wrap as much of the exterior as we can in suitable plant life.

This works by reducing the direct solar gain, by both the shading from foliage and the presence of the soil or planting medium. The shading provided by the foliage reduces the direct solar gain to the materials below, and it stands to reason that the more foliage, the greater the effect. So turf will have less of a shading effect than shrubs and trees. The extra insulation provided by soil or planting medium will also vary according to depth. Earth-covered houses, where the soil is a metre or more deep, are legend for their year-round stable temperatures, yet even a non-soil, lightweight planting medium will have a beneficial effect.

A recent report in the Environment Design Guide (environmentdesignguide.com.au) showed shallow extensive green roofs could reduce heat transfer and provide a saving for cooling – up to 37 per cent annual heating and cooling energy saving in Perth and 10 per cent savings in Melbourne. The very act of transpiration and photosynthesis uses energy, which is coming from sunlight, so it stands to reason that a living green roof will absorb and use more solar energy than an otherwise identical fake one. 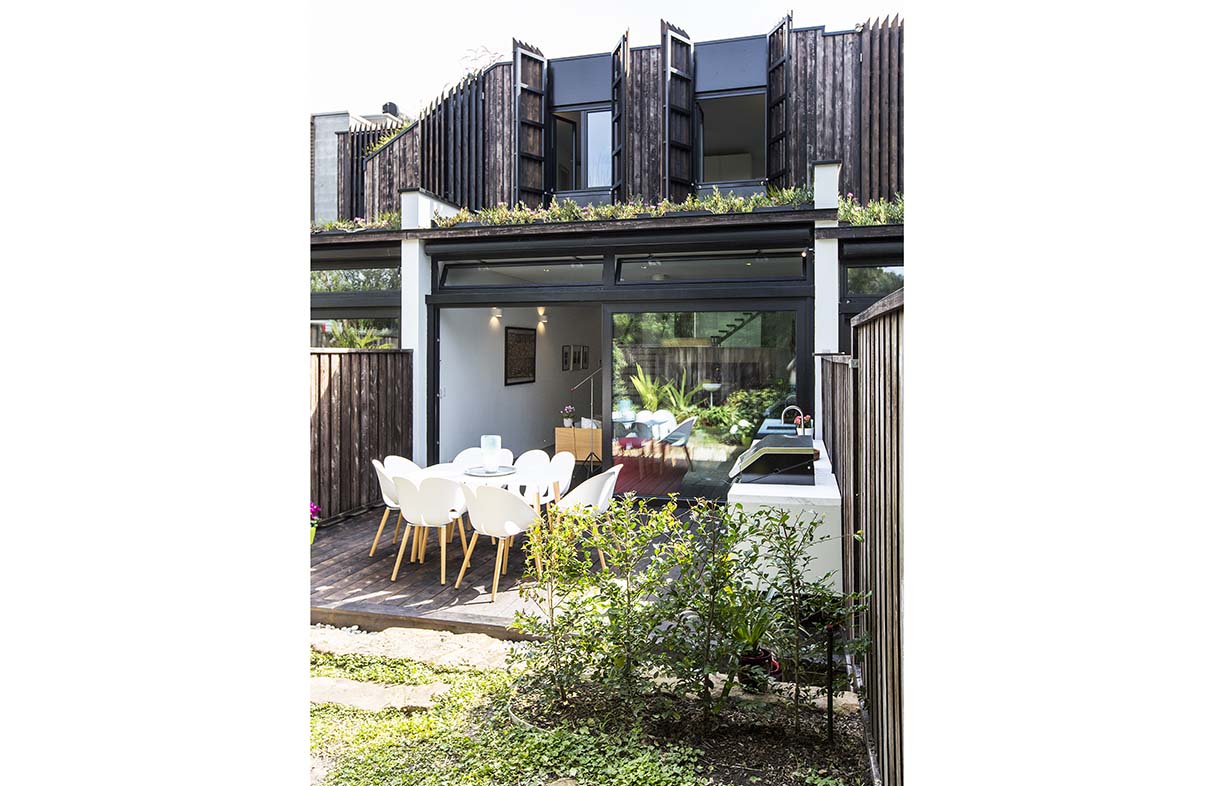 Introducing greenery into our immediate surroundings has a hugely beneficial counter-effect, improving mental and physical health, raising workplace productivity, and leading to a better understanding of our place in the web of life. It is consistent with and complementary to biophilic design – where the very forms and features of the building are designed to mimic or respond to nature. Passive solar design is the most fundamental expression of biophilic design, and green roofs (and walls) fit hand in glove with it. Thankfully planners, architects and developers are getting in on it too.

Despite the benefits, there are any number of reasons why green roofs fail to happen, especially for residential buildings, even when a green roof is the most appropriate design solution.

Planners often advise against approving greenery on otherwise hard dry buildings. The reason is that in the past, poor technical design and lack of ongoing management have resulted in greenery dying, hanging limp and brown, and not having the desired effect at all. However, in my experience these cases are few, and the risk is now low thanks to a wider and deeper understanding of how to design for ease of maintenance, and the ready availability of on-demand irrigation systems.

Even though green roofs contribute to the greening of urban spaces, most planning controls do not recognise them as ‘landscaped area’ unless there is natural soil of one metre depth or more. This means ‘extensive’ green roofs with a thin layer of growing media (up to 200mm deep) are excluded despite providing a lot of benefits, and only some ‘intensive’ green roofs (soil over 200mm deep) are able to take full advantage of the planning rules; this is a reason why we do not see as much greenery as say in Singapore.

Things are changing (very) slowly. Greenstar is now awarding a point for a green roof and some local governments are starting to recognise the benefits of green roofs storing significant amounts of water, which reduces run-off entering sewer systems and waterways.

We now have lightweight planting media and integrated irrigation systems available virtually off the shelf, which means we no longer need to consider green roofs as part of ‘massive structures’. It is quite possible to have saturated roof mass loads of less than 120kg per square metre when mature, which lightweight structures can easily accommodate. The waterproofing and associated detailing is very straightforward, yet may be seen as an obstacle by builders and tradies, affecting cost.

Lightweight planting media need constant irrigation, although at low rates. Providing the infrastructure for this is straightforward, but on some sites providing the necessary stored rainwater may not be and should be considered at the earliest concept design stage. The Growing Green Guide can be downloaded for free and can help you iron out any concerns.

There is no doubt that green roofs cost more than a conventional tile or metal roof, and this is the most common reason green roof projects do not proceed. Incredibly, waterproofing issues are still the most common building fault and cause for consumer complaint in Australia, whether in bathrooms or balconies, and the last thing anyone would want is a planted roof failure. Therefore, most builders take the waterproofing seriously, but also see it as a major cost centre. Good planning and design can overcome these issues: a green roof arguably protects the waterproof membrane. And inexpensive leak detection systems are available to manage risks.

The cost of the planting material and irrigation equipment must also be considered early on in the budgeting.

It’s a fact that commercial and and multi-residential buildings are managed better than the average house, because they have a professional manager whose job it is to see that all systems are functioning and maintained. Single residential buildings generally rely on the owner or occupier, with ad hoc results. The fear of failure, or the worry about the time and cost involved in looking after a green roof, puts some people off. This is also part of the reason some planners are reluctant to support applications that contain small-scale green roofs. There are many gardeners and companies that offer great maintenance services, but with automated irrigation and appropriate soil and plant selections management problems can be averted (see Elke Haege’s article on page 85). 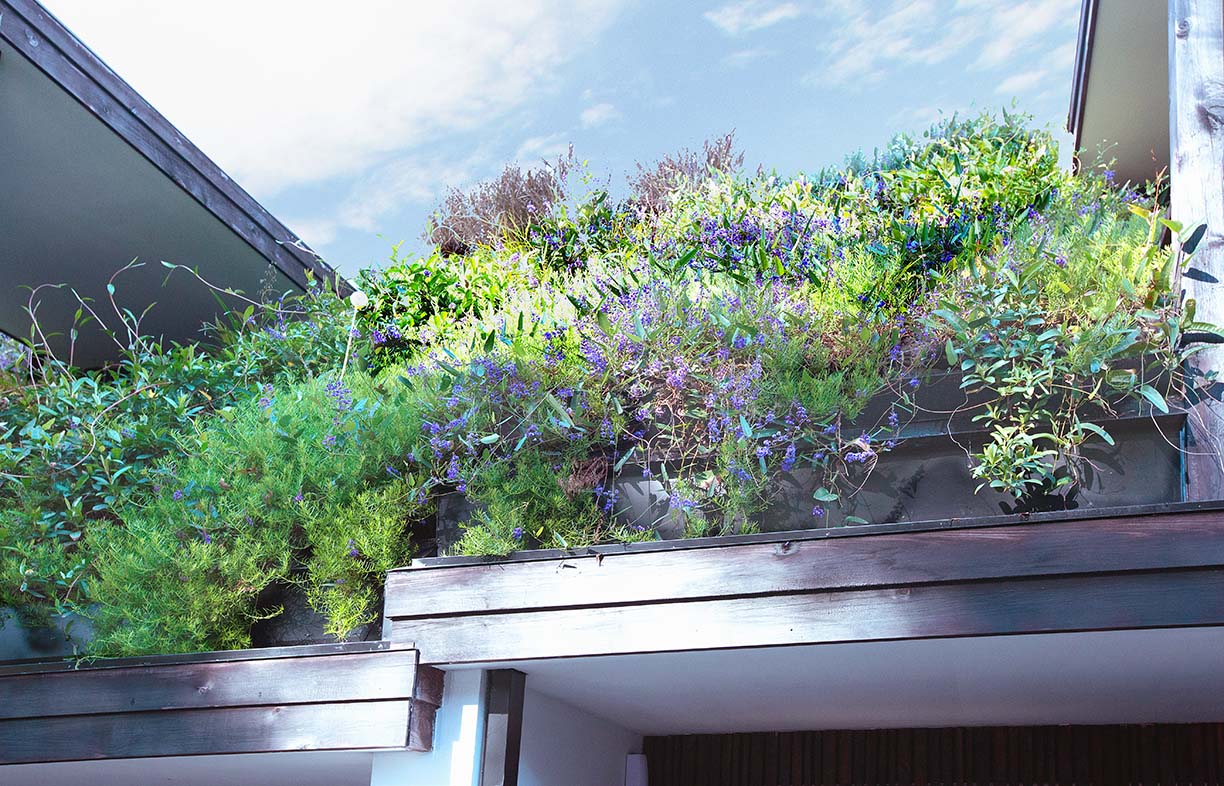 It is good to look for opportunities to green buildings any time anything is done to them. Although existing buildings can be structurally augmented to accommodate a green roof, we have seen several cases where an owner is keen to incorporate a green roof in their renovation, only to be thwarted by the limitations of the existing structure (even for extensive green roofs that can be relatively lightweight). Retaining the existing structure, and thus reducing cost and material consumption and waste is the main reason to renovate rather than rebuild. Therefore this may be an unavoidable obstacle and, while frustrating, we should remember that not everything is possible for every site!

As we move towards medium and high density living, it is increasingly important to bring living nature with us. One of the best examples is in Milan, Italy. Two residential towers designed Stefano Boeri, which he calls a ‘vertical forest’, contain as many trees as one hectare of forest. There are a mixture of large and small trees, with 5,000 shrubs and 11,000 floral plants, and the design team claim these will absorb dust in the air, helping to clean the city’s air. “This is a kind of biological architecture that refuses to adopt a strictly technological and mechanical approach to environmental sustainability,” says Boeri Studio. Central Park in Sydney is an Australian example of this kind of larger-scale living architecture.

Green roofs are what we need to see more of, along with green walls and planted balconies, and tree-lined boulevards. The future will be ‘green’ in all senses of the word, and no builder, developer, or planner, or government should try to convince you it should be any other way. 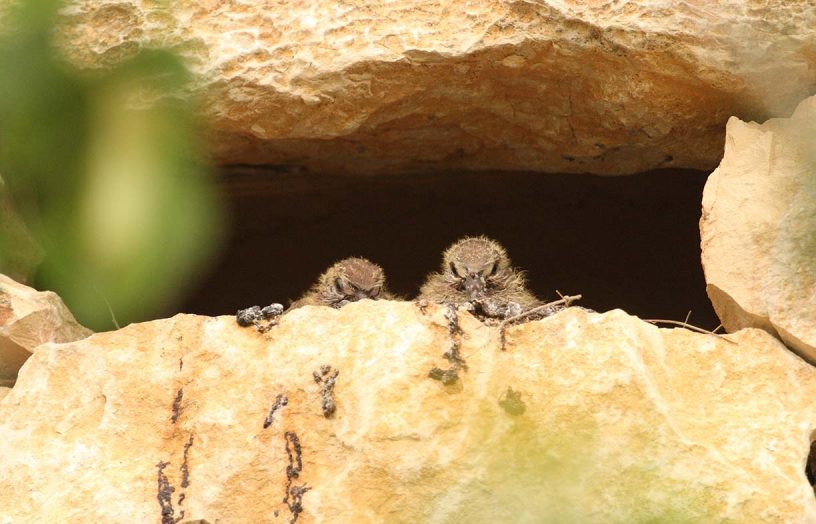