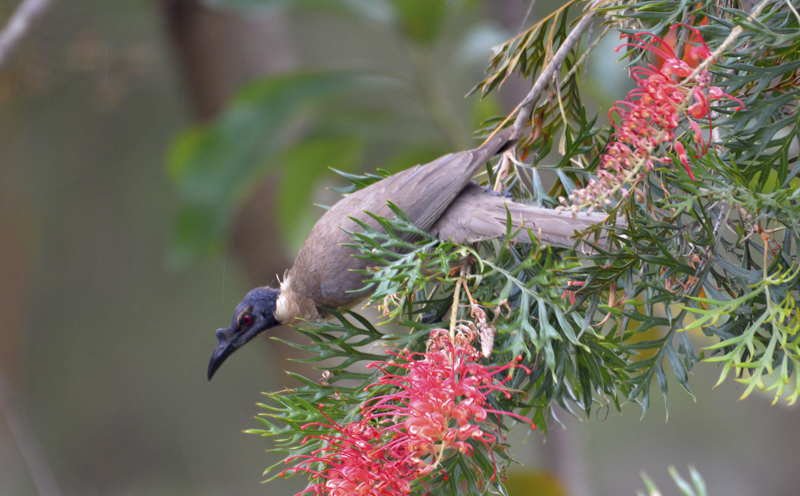 Designing outdoor spaces to attract birds is a wonderful way to conserve, create and reconnect habitat. Sarah Coles speaks to Bev Debrincat from the Habitat Network about the best ways to birdscape your garden.

There is no better sound to wake up to than the complex notes of a magpie’s warble. But as bird habitats are compromised by urban sprawl and rural development, this simple pleasure is becoming far less common. Several species of birds are now extinct in Australia, and the endangered, vulnerable and threatened lists continue to grow. Thankfully, all is not lost – you can design the outdoor area of your home and community with birds in mind.

In his book Where Song Began: Australia’s birds and how they changed the world, Tim Low writes, “the bird life of Australia and its sister island New Guinea is ‘the most distinct and different’ in the world.” Australia has 989 recorded bird species, of which 45 per cent are endemic, but some of our unique birds are disappearing; 23 species have become extinct since 1788, and many more are under threat.

The Habitat Network aims to reconnect isolated populations of small native birds, pollinators and other native animals by educating gardeners to include native plants in their backyards, and through work with local councils and Landcare groups to conserve bird habitats and create habitat corridors. Bev Debrincat from the Habitat Network says, “A lot of people can remember having fairy wrens and firetails in their gardens. Now they are not seeing those birds anymore.”

Habitat loss is the culprit. “Our houses are getting bigger, the amount of garden space is getting smaller and people are going for neat and tidy gardens,” she says. “There’s no native plants, no habitats, no biodiversity in our back gardens.” 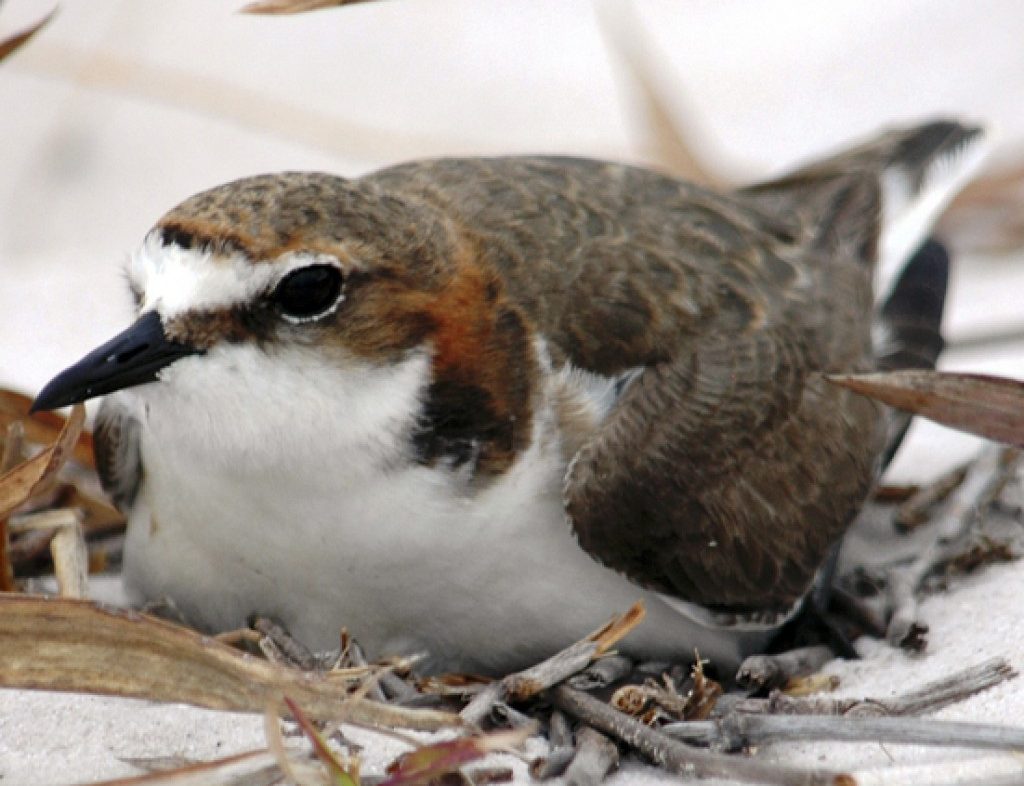 The red-capped plover (Charadrius ruficapillus) is distributed widely throughout Australia, but unfortunately has poor breeding success due their nests being on the ground. Conservation efforts for this bird are focussed on protecting nests and educating beach users and dog walkers.

Where habitat was once continuous, it is now fragmented by development including bare paddocks and car parks. Sometimes the trees remain, but the undergrowth or shrubs are cleared which makes the area uninhabitable for small bird species that require those types of environments. “We encourage bushcare groups and councils to look after bushland areas and to thicken up those edges with native habitat,” says Bev. She adds that while national tree planting schemes are important they often result in habitat that lacks “the right structure for small birds”. The Habitat Network wants people to either plant densely from the outset or return to undertake subsequent plantings.

Many birds that hunt over large areas are under threat, as they require unbroken areas of habitat, which is increasingly rare. When movement between different habitats is difficult, a situation called ‘the island effect’ occurs. Bev gives an example: “The female fairy wrens get forced out to find a mate. They have to find a population other than their family group to mate with so they have to be able to travel far enough to find more fairy wrens.”

Protecting birds is not all about feel- good altruism: birds are good for gardens – they aid pollination, keep insect numbers under control, they till the soil and their droppings can be a natural fertiliser. They are visually spectacular and birdcalls are fantastic. 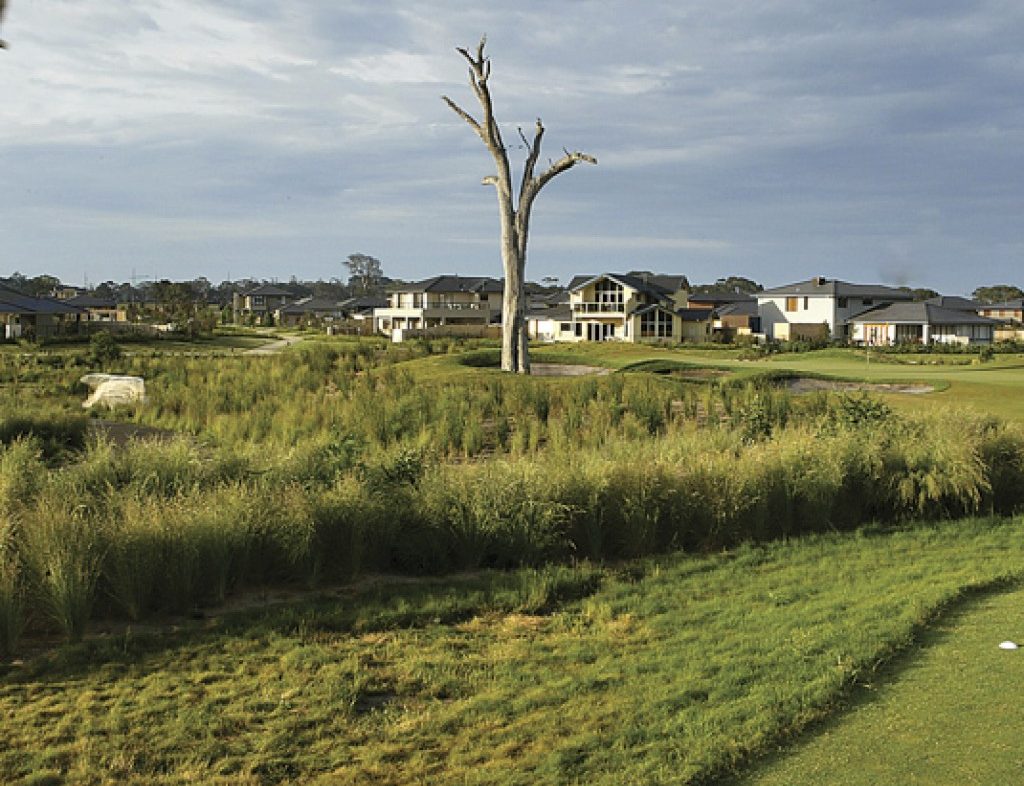 Many landscape firms integrate biodiversity into design projects by working with ecologists to plan urban spaces. Large-scale projects, such as this one by Australian Ecosystems in Carrum south-east of Melbourne, benefit birds by restoring and linking habitat corridors. Image: Sandy Scheltema

Creating habitat in your garden

There are steps you can take to birdscape your garden.

Diversity is key: Create layers of vegetation with different types of plants. Different birds like a diversity of strata, some like grasses, others shrubs, and some prefer trees. Smaller birds need plants such as spiky leaved melaleuca, vines and densely planted areas, as they nest in low and middle storey vegetation. When designing your garden, also include bare ground, because birds like to take dust baths to rid themselves of mites, and they eat grit and worms to aid digestion.

Consider water, food and shelter: You can simply install a birdbath or a pond. Nectar- loving birds are attracted to blossoming native plants such as the banksia, grevillea and kangaroo paw. Larger birds, such as parrots, prefer to eat fruit and the seeds of wattle and bottlebrushes. Many native plants have tube-shaped flowers that honeyeaters enjoy. (There is a symbiotic relationship at play when a honeyeater plunges its beak into a flower – the bird is accessing food and the plant is being pollinated.)

Consider planting low ground covers to create microclimates, and install open grassy areas that attract the insects birds like to eat. These grassy areas need to be near enough to a densely planted area so that the birds can escape if a cat or a larger, territorial bird such as a magpie should appear. Also select tall grasses for your garden to offer finches and wrens protection from predators. Shrubs will provide perches where birds can sit and wait for prey.

Things to avoid: It’s important that you don’t feed birds with birdseed or your leftover sandwich crusts, because feeding encourages larger, aggressive birds to dominate the area. It can also upset their digestion and replace the need to source their own food. Avoid using pesticides and insecticides in your garden as birds like to eat insects, and nasty chemicals travel up the food chain.

Whether you’re working in your own backyard, or in the wider community, preservation of bird habitats pays off in the end. Bev was excited to recently discover superb fairy-wrens nesting in an unlikely habitat island beside a 24/7 bridge construction project, dense suburban development and busy traffic.

Birds In Backyards is an Australian research, education and conservation program focusing on the birds that live where people live.

Where Song Began: Australia’s birds and how they changed the world, Tim Low (2014).

Habitat Network has many resources for creating small bird habitats.

The State of Australia’s Birds report series tracks trends in bird populations and their health.

Feral: Searching for Enchantment on the Frontiers of Rewilding, George Monbiot (2013). 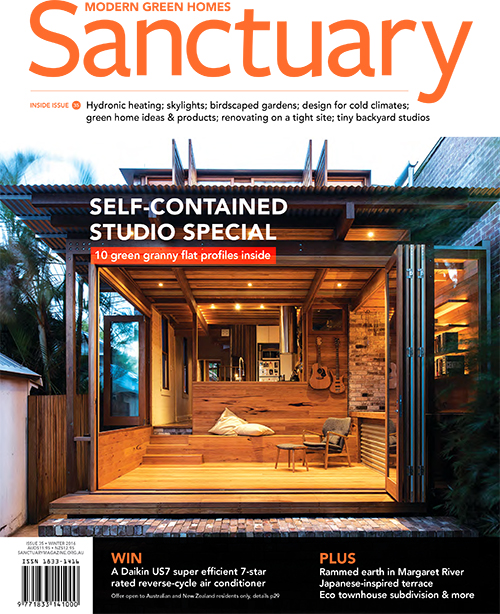