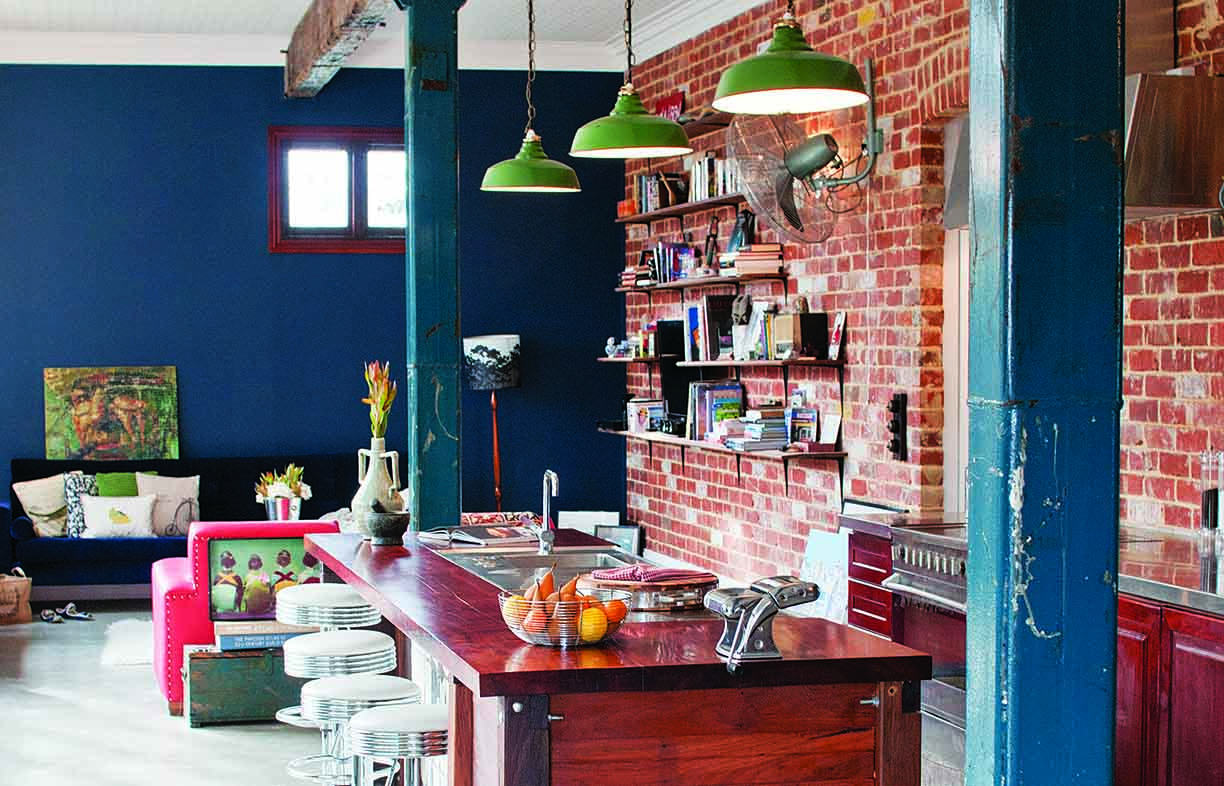 "I can see love in every single thing: there is a story behind everything that we pulled together and created" - Architect and homeowner Carla Karsakis

Building a new house out of old materials was a singular vision for a Perth couple.

In 2010, the couple bought a 1940s house in Perth’s inner east from its original owners. They lived in the front house for the duration of the project – clearing the backyard, sub-dividing the land, designing the new house – then sold it once their new home was complete.

From the outset, this was a shared undertaking. “My husband is very handy with the detail whereas I have a knack for imagining the overall vision and concept,” Carla explains. “We came up with a general layout, then we bought all the doors and windows and retrofitted the design around the pieces we’d found. I drove the interior look of things – the balance of materials – while Ben worked on the details.”

As well as scouting far and wide for 1930s jarrah windows and doors, and older style bricks, some of their materials were found closer to home. “We decided to reuse the timber from the out-buildings and garage – which the original owner had worked in for many years – in our new house. We wanted to respect the short history of the site, and to keep that spirit going,” Carla says.

Their careful planning and foresight meant the build took just one year from lodging the plans with council in January 2012 to moving in the following January. Carla attributes some of the speed of construction to her use of structural insulated panels (SIPS) for the external walls. It was a product she’d never built with before and she was keen to test its thermal performance. It impressed her. 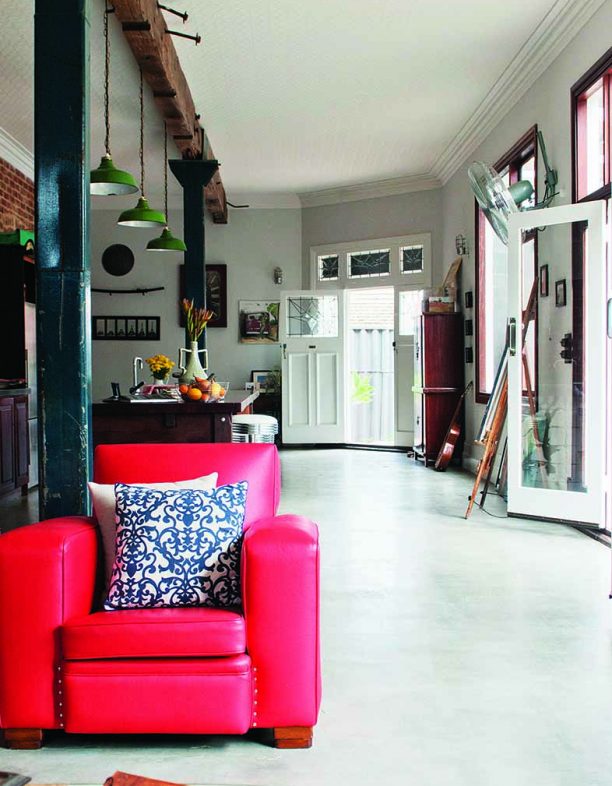 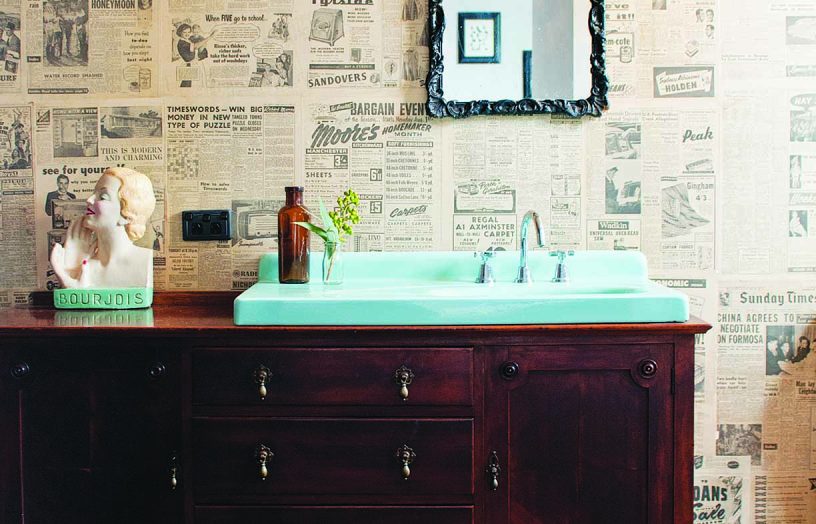 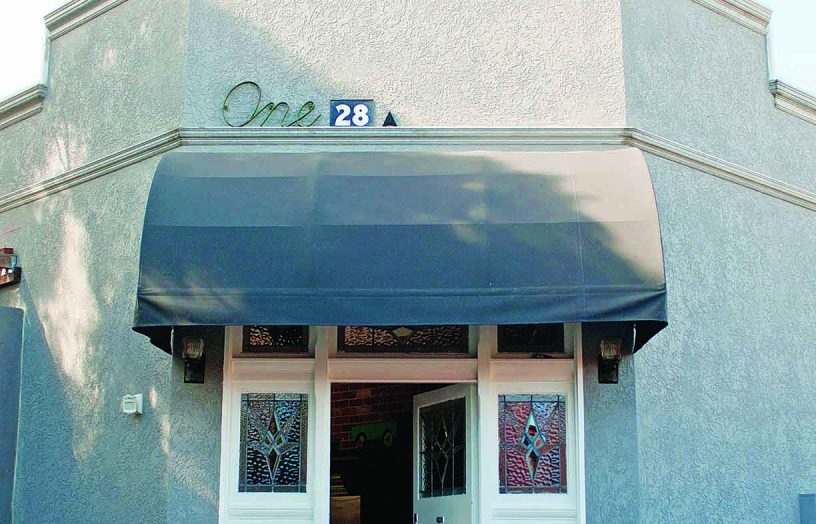 (Left) Upcycled jarrah windows along the home’s north-western façade let natural light onto the concrete floor and internal recycled brick wall in the open-plan shared living space. (Right top) The main bedroom’s dressing room and ensuite is lined with newspapers from 1955 that Carla and Ben found under the front house on their now subdivided block. (Right bottom) The couple found the front entrance door and leadlight windows at a local salvage yard.

She adds that the modest size of the house, which incorporates three bedrooms, two bathrooms and a warehouse-style open-plan living space in just 145 square metres, also hastened the construction process. Despite its small footprint, the house feels spacious inside: a courtyard on the northern side lets in plenty of natural light and the living area features 3.5 metre-high ceilings and soaring columns.

Carla also experimented with some unusual design solutions. “We pushed the envelope as much as we could, and conducted experiments because we were happy to take the risk,” she says. “We did a few things that not everyone would do, such as having no hallways. The bedrooms open off the living area, but they don’t lack privacy.

“Another experiment was the central island bench in the kitchen, which we built with timber from the old shed,” Carla adds. “We started building it even before we had submitted the plans, because we knew the rough dimensions of that space and that it would fit. We left it open at the front with shelving: it’s raw and rustic.

“Also, we just honed the concrete floors and left the cracks as they were, which you might not do for a client’s house.”

Sometimes budgets blow out during construction, but not in this case. “Our motto to ourselves was to keep true to the brief, so when options came up to do something more elaborate, or to buy expensive appliances or light fittings, we would always look for a secondhand or recycled item that could fulfil that role in the house, Carla says. “I’ve seen people get carried away once they start building, but we were strict with ourselves and we had a goal: to keep true to our original idea.” 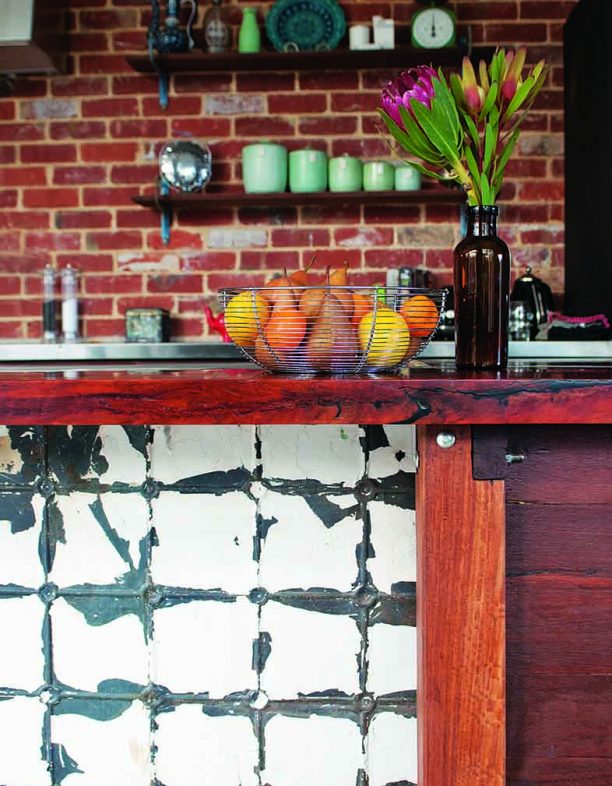 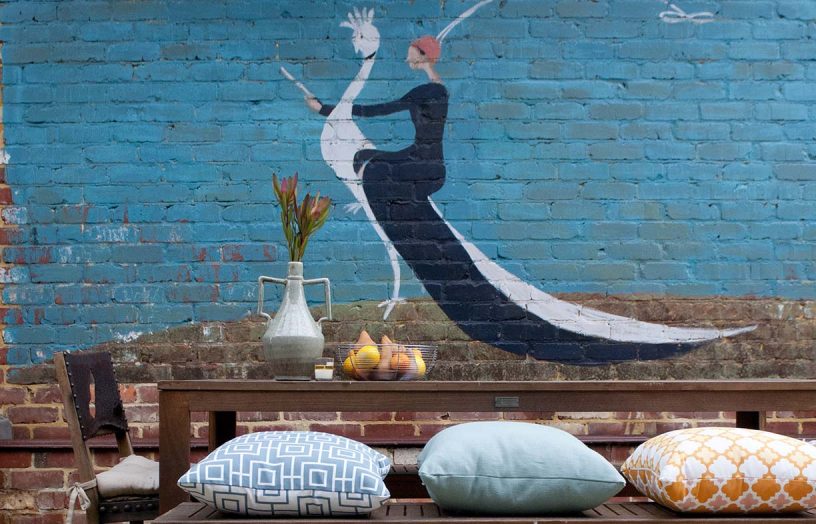 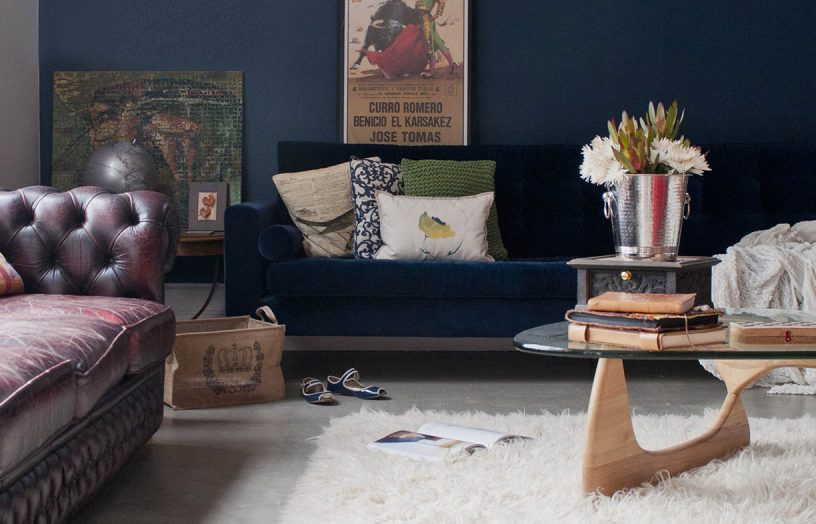 (Left) The homeowners designed and built the kitchen island bench with timber from the site’s old shed, pressed tin they found at a salvage yard and a new locally-sourced benchtop. (Right top) “I have a love of fashion illustrations and the painting was inspired by a vintage Vogue cover,” says Carla of the mural she painted on this wall at the back of the courtyard. (Right bottom) The living room sits at the north-eastern end of the house looking out to the front courtyard garden. The concrete floor has been honed to give it a smooth finish.

The couple developed their shared vision over many years while travelling and exploring, and were sure they could realise it. “People were concerned that it would look too rustic, but we had confidence in ourselves and that we could pull it off, and that we would like it anyway,” Carla says. “But it turns out a lot of other people like it too, which is great.”

Now that she has lived in the house through all four seasons, Carla continues to enjoy the warmth of the raw materials that she and Ben sourced. “I don’t ever tire of it. It’s a great house to entertain and live in. We love the light that comes through, everything is carefully considered and there is good spatial flow,” she says. “I can see love in every single thing: there is a story behind everything that we pulled together and created. It’s been very satisfying, and while I’m itching to do another one, it’s so hard to consider ever moving!” 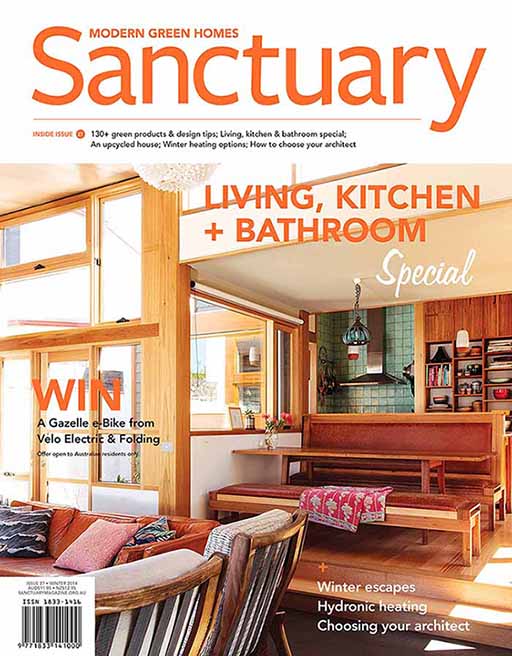