Taking back the power 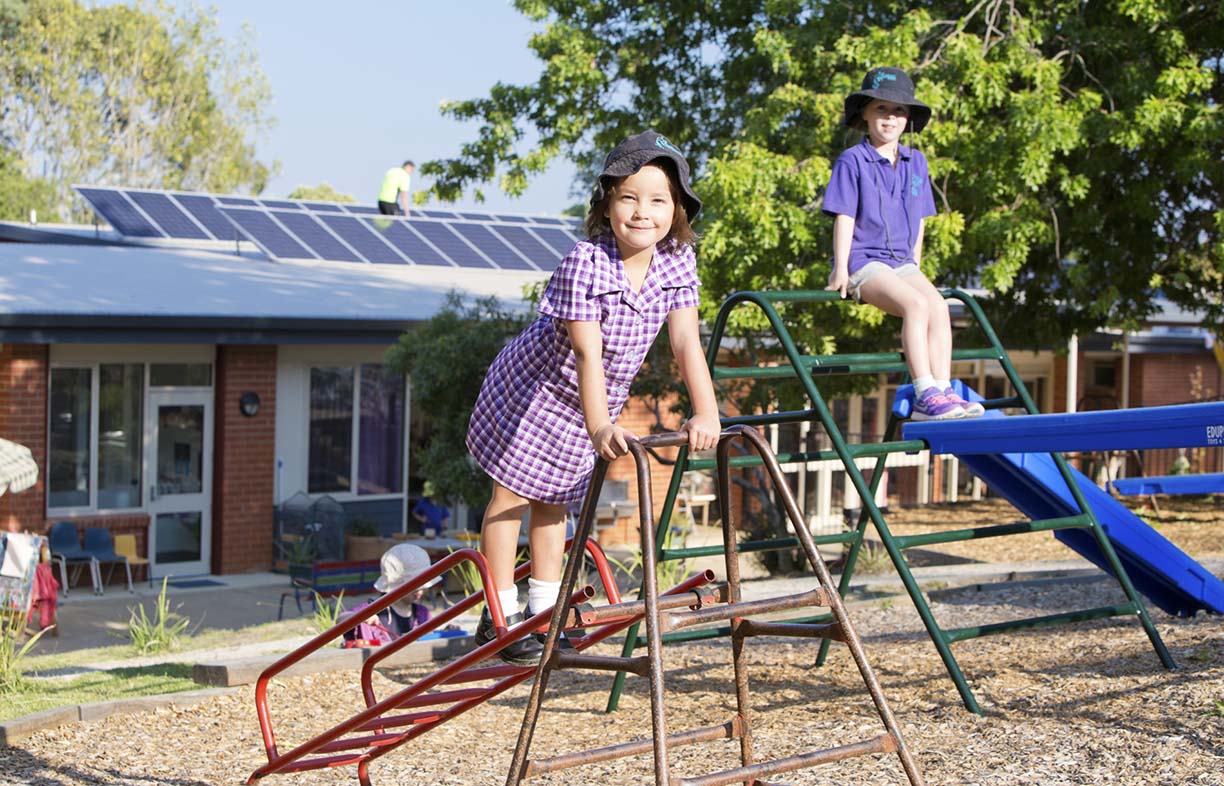 CORENA’s revolving-fund model saves running costs for community buildings by funding solar energy systems. So far, 15 community buildings have benefitted including the Beechworth Montessori School in Victoria. If you have a community building that is used during the day and has a suitable roof, CORENA says it's always open to new project proposals.

Can community energy fuel a faster and fairer transition to a greener grid?

The politics of energy may be creating some entertaining moments, such as the press conference where a state premier and a federal minister attack each other while the cameras are rolling. But, the reality is, the current management of the inevitable energy transition is inadequate, and now well beyond a joke.

More than ever before, the public is disenchanted with a lack of national leadership in this space, but thankfully we can act as individuals and, increasingly, as whole communities to put into place the sort of future we’d like to see.

Right now we’re in the middle of an incredible transition. We’re moving away from the old energy system, built for large centralised power stations and a one-directional flow of energy. What we’re moving towards is a new energy future, one where energy consumption patterns are more variable and where the energy supply is not just variable but dynamic, with energy flows happening in all directions.

This energy transition is not open for debate. It’ll happen whether we like it or not, not just here in Australia but all over the world. An AGL report had this to say on the subject of Australia’s majority coal-fired energy supply just a short while ago: “75 per cent of the existing thermal plant has passed its useful life … 20 per cent are more than 40 years old”. In fact, with industry-wide disruptions like this, experts and the public alike tend to underestimate the pace of change and we struggle to even recognise disruption when it’s right in front of our noses. It’s hard to believe that the following quote is just 10 years old and from Microsoft CEO Steve Ballmer: “There’s no chance that the iPhone is going to get any significant market share.”

Estimations are constantly being revised for when we will be living in a future where our energy systems are decarbonised and decentralised. We should have cause for great hope that the change will occur and occur very quickly.

For me, the real question is whether we’ll take advantage of the once-in-a-lifetime opportunity to build a better future for ourselves as the transition takes place. My colleague Nicky Ison put it best as the co-author of an article in The Conversation last year: “The most important question is not whether this transition is happening, but how we manage it to maximise the benefit to all Australians.”

Community energy is characterised by a community being involved in the decision making, development, operation  and perhaps even owning energy assets and systems. Often this is as simple as community members banding together to put solar on the roof of a local community building, or using their collective purchasing power to get a better deal on solar panels. At other times it can be about energy efficiency and showing households how to save on their energy bills. Often it’s also about energy services. In total, there are now over 90 community energy groups across Australia. Good ideas tend to catch on and community energy is an idea that’s really winning hearts and minds in communities all over the country.

Community energy isn’t just about building solar or wind farms. One of the most exciting recent developments in community energy in Australia has been the successful formation of the first community-owned electricity retailer. Enova is based in Byron Bay and services the community in the Northern Rivers region of NSW.

The people behind Enova were inspired to action after they attended the first Community Energy Congress in Canberra in 2014. As they were forming their plans, it didn’t take long for them to realise that things were always going to be difficult for community energy if electricity retailers weren’t fully committed to helping communities take control of their energy systems.

Their solution was to form a community-owned retailer, one whose very mission was to provide renewable energy to its customers and support the community in having a more active role in energy development. They estimate that up to $300 million leaves their region each year in energy bills and they aim to keep as much of that as possible in the local economy.

Stucco Housing Co-operative is a student-tenant owned social housing complex in Sydney’s inner west. The occupants collectively own the building in which they each have an apartment.

Like 1.6 million other Australian households, the students at Stucco loved the idea of putting solar on their roof. The challenge they faced, however, was that doing this for a multi-apartment dwelling is extremely tricky with the current energy market rules.

Undeterred, they tackled this challenge and even increased the complexity by adding batteries to the mix. And in late 2016, Stucco became Australia’s first multi-apartment solar + battery installation, showing that it’s possible to put solar on a roof that commercial operators would have considered too difficult to handle. [See ReNew 139 for a full feature on this project.]

CORENA – a donation that multiplies

CORENA is a community energy organisation that collects donations to install solar on community buildings (generally occupied by charities and not-for-profits). But they don’t just give these systems away. CORENA has bigger ambitions than that.

By setting up a revolving fund, they can recycle every dollar donated to install not just one but multiple solar systems. It’s quite simple: they provide a zero-interest loan to the community building, which in turn saves money on its energy bills from day one. Once paid back CORENA uses the money to install solar somewhere else.

The rooftop revolution is a wonderful thing, but it does come with its limitations. Not everybody has a sunny rooftop suitable for solar or lives in a house or owns where they live. These people form a large cohort of ‘locked out’ energy users.

‘Solar gardens’ are one way to enable households who would otherwise love to benefit from owning their own solar panels but their situation does not allow.  A solar garden works by allowing many electricity customers to collectively own a solar array, which is perhaps situated on the outskirts of town. This is becoming a normal enough approach in the field of community energy these days, but what’s special and unique about solar gardens is the way in which the benefit of ownership flows to these customers. By involving a sympathetic electricity retailer, the customers receive an on-bill credit for electricity their solar panels produce.

This model breaks the link between needing to own a sunny roof and ownership of solar PV. In theory, everyone can now own solar and it even behaves as if the solar was on the customer’s site, not miles away in a central solar array. Community energy groups are already in discussion with friendly electricity retailers in Australia, taking the first steps towards making solar gardens a reality and ownership of solar possible for everyone.

Community energy is what happens when communities realise they have the power to, well, take back the power and this movement is already showing it has the potential to make the energy transition happen faster and more fairly. Faster as we unleash the incredible power of people and their communities and fairer because communities can choose to deliver what is best for themselves now and into the future.

One of the most exciting developments that came out of the 2017 Community Energy Congress held in Melbourne was the formation of the First Nations Renewable Energy Alliance. The Alliance was formed as a way for Aboriginal communities to deliver on their strong desire for self control and determination, while also solving one of the most serious problems facing their communities – rising energy costs.

Fred Hooper, of the Murriwarri Nation, highlighted the massive change of direction. “Taking ownership of energy security is a huge step forward for our First People. It’s a big leap towards tackling poverty and disenchantment. The poverty has been created by the system that governs us,” he said. The Alliance is the first step to changing the system, and an example of what is possible when a community engages with solutions to their own energy challenges.

If you want to find out about community energy groups near you contact the Coalition for Community Energy (C4CE) for more information, or get in touch with Renew, Sanctuary’s publisher, or other active C4CE members to find out how you can get involved.

Tom Nockolds works with the Community Power Agency, a member organisation of the C4CE.