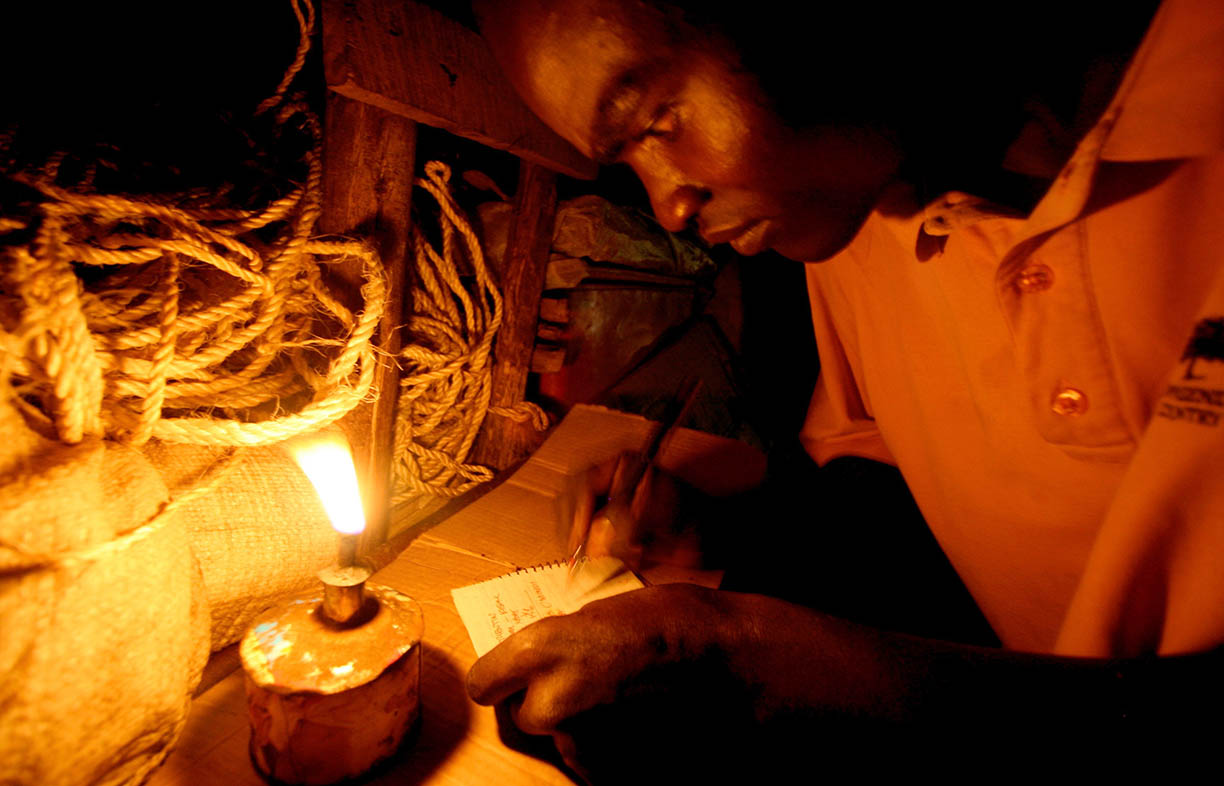 Kerosene lamps are dim, smoky and cost too much to run. Image Evan Mills

While the western world takes electricity access for granted, a large part of the world has no such luxuries. But that is changing. Renew’s Harry Andrews explains.

In developed countries such as Australia, kerosene for lighting was abandoned more than 100 years ago, relegating the kerosene lamp to the realm of history museums. In off- grid areas of developing countries, however, kerosene is still used as the main means for lighting homes.

Kerosene is a dirty, dangerous and expensive way of lighting a home. It’s also not that effective.

There is an enormous disparity between the lighting levels that Australians consider adequate and those experienced in developing countries. For example, a typical kerosene lamp delivers approximately 1% of the light that we are used to in Australia for tasks such as reading1. To add insult to injury, these households pay up to 120 times more for their light than we pay in Australia2.

There has, however, been much work done by organisations of all shapes and sizes over the past 20 years to rectify this injustice. Technological advancements and cost reductions, particularly for solar PV systems and LEDs, have provided the necessary hardware for businesses to produce affordable solar home lighting systems. 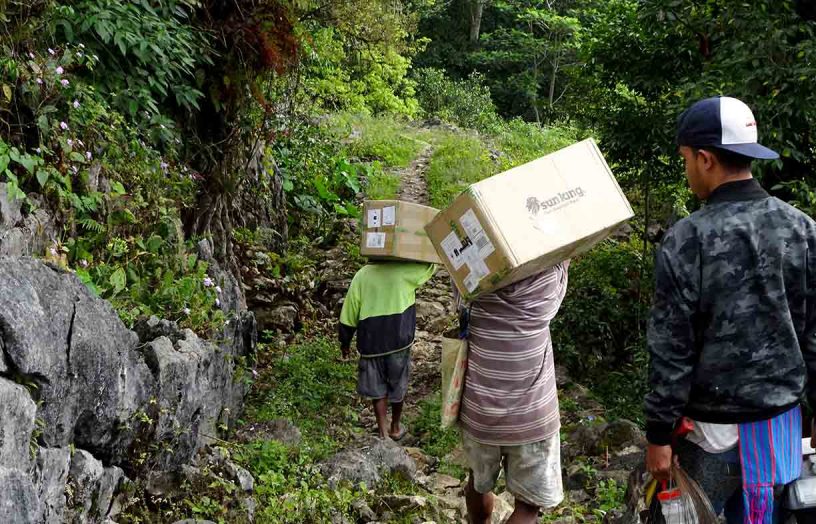 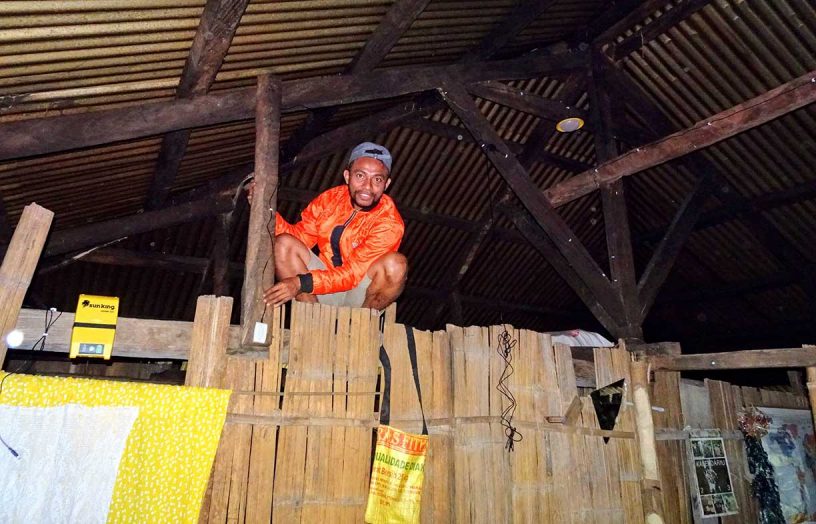 The small lightweight solar systems are ideal in areas with limited or no vehicle access. The control box is mounted anywhere convenient, and the lights, switches and solar panel are connected by cables. Images: John Tilleard

International organisations, such as the World Bank and United Nations, have provided the quality assurance and political frameworks. For example, energy access was made a sustainable development goal in 2012 with a target of universal access by 2030 (SDG7).

These advancements and innovations are making an impressive impact, with over 3.6 million certified solar lighting products sold in developing countries in the first half of 2018, and 43 million since the World Bank Group began collecting data in 2010 on products certified by Lighting Global (www.lightingglobal.org)3. It is estimated that 100 million people are currently benefitting from these solar lighting systems.

These numbers are impressive, but one must consider what sort of electricity service is being provided. The United Nations Sustainable Energy for All program and the Energy Sector Management Assistance Program have defined levels of energy access across five tiers. Tier 1 is basic lighting of four hours per night for a whole household whereas Tier 5 is western-style access and reliability.

A quality-certified small solar lantern (<3 W solar capacity) can retail for as little as $15. While these lanterns are certainly an improvement on kerosene, they do not move a whole household into Tier 1 energy access, the first step on the ladder out of energy poverty. Of the 3.6 million solar lighting products sold in the six months to June 2018, 74% of products were less than 3 W. Only 11% of the 3.6 million solar products sold are considered to provide Tier 1 access to an entire household. These systems have multiple lighting points, charge small appliances (e.g. mobile phones and small radios) and often retail for less than $150.

What has impeded the off-grid lighting sector from providing Tier 1 energy access? Unsurprisingly, a family has a low ability to save for a solar home system when they are earning less than $2 per day and struggling to meet living expenses. Saving is made more difficult when a household is paying $2 to $8 per month on kerosene for lighting. The barrier, therefore, is energy financing.

An innovation in the off-grid energy sector has emerged in recent years called Pay-As-You-Go solar, shortened to PayGO. Historically, PayGO models have been used by electricity utilities for low-income customers as a way to control receivables and bad debts. In the off-grid sector, PayGO is being used to reduce the risk of financing for solar home systems.

Under this model, a family is given the opportunity to pay off a solar home system over time using their savings on kerosene expenditure. Payments are made in a similar way to recharging credit on a pre-paid mobile phone: either via mobile phone cash transfers (mobile money) or through purchasing coupons to enter into the PayGO solar home system via a keypad. If payments are not made on time, after a period of warning the system is automatically disabled. 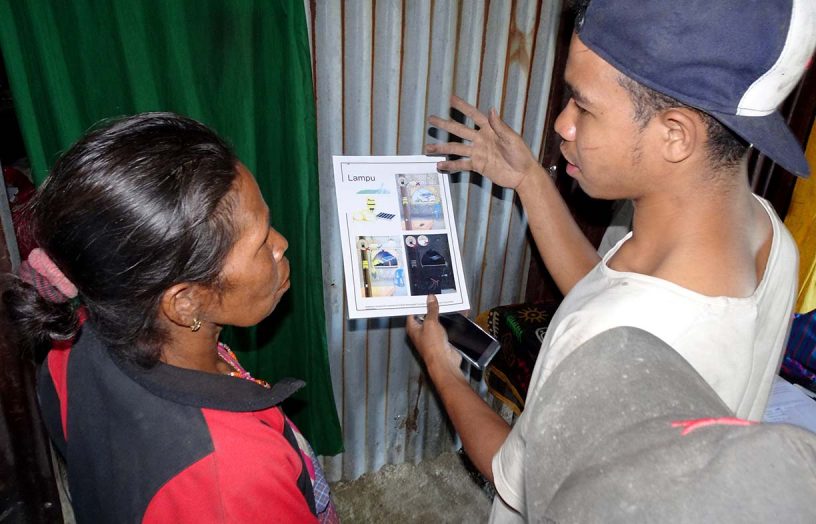 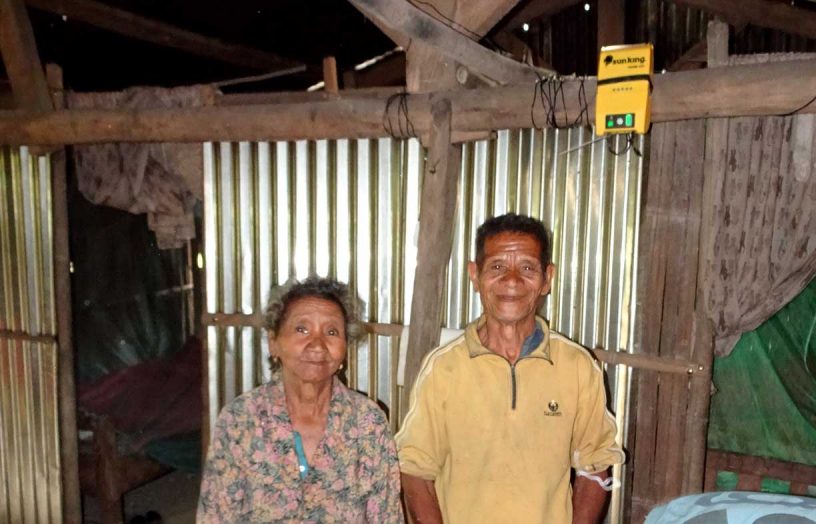 Basic training in operation of the system is provided to each system owner. Solar LED lighting is a huge step up from kerosene lamps. Images: John Tilleard

Mobile money operates like an electronic wallet. It allows users to send, receive and store money on smart or basic mobile phones and is a convenient alternative to traditional banks.

The PayGO model has flourished in locations where mobile money has taken a foothold, such as East Africa. It not only allows households to step onto the first tier of the energy ladder, but it is also often their first access to formal finance. The model has several challenges to overcome, such as building the capacity of energy enterprises to manage a loan portfolio and maintaining customer relationships when there tends to be a high churn rate of sales agents once they reach a plateau in sales. It is, however, generally backed as the model to bring meaningful energy access to the poor. One key example is M-KOPA, a Kenyan-based PayGO company that has raised over $200 million of investment and installed solar power in more than 700,000 homes in East Africa.

The PayGO model, however, is harder to implement in markets with low population densities and in countries without mobile money. In settings without mobile money, physical collection of customer repayments is necessary. This significantly increases transaction costs, but, on the flip side, it also deepens customer relationships and service provision. Better customer relationships can lead to new business over the long term as households aspire to progress to higher energy access tiers.

Since 2006, Renew has been implementing a quasi-PayGO model in Timor Leste called the Village Lighting Scheme, providing Tier 1 energy access to over 2000 households. While households are not required to pay for the upfront cost of the solar systems, they do commit to paying $2.75 per month into a community-managed maintenance fund to ensure money is available for spare parts and end-of-life system replacement.

In 2018, Renew began supporting and monitoring a true PayGO pilot in the Baguia district in Timor Leste. The pilot is implemented by a local social enterprise called Ho Musan Ida (translated as With One Seed). The initiative was instigated by a Melbourne local, John Tilleard, who financed the pilot and provided training to Ho Musan Ida. The pilot is small—60 households, who pay $6.90 per month over 24 months for a Greenlight Planet Home 120 solar system (see box on previous page). These households are six months into their repayments; 97% of households are up-to-date with payments, with the remaining 3% less than  10 days overdue. This is an impressive result considering Baguia is harshly impacted by the monsoon season from December to February, when both income and sunshine are scarce commodities!

Over the coming months, Renew will work with stakeholders to help expand the pilot to between 500 and 1500 households. The aim is to support the local enterprise in Timor Leste to grow the PayGO solar model at a level that is financially sustainable, covering overheads and recycling capital to light up further households.

Want to support this work?

If you’re interested in supporting this project, please visit renew.org.au/what-we-do/international-projects/pay-as-you-go-baguia

Harry Andrews manages Renew’s projects in East Timor and Indigenous communities in Australia. Prior to Renew, Harry worked with both small and large renewable energy organisations in Australia, the Pacific and sub-Saharan Africa, including establishing a social enterprise that has reached millions of people with solar-powered lighting.

Runtime with all lights on: High—5 hours, medium—10 hours, low—21 hours (based on a single day of solar charging assuming 5 kWh/m2/day)

Power control: Automatically switches lamps to low-power mode when battery is getting low.