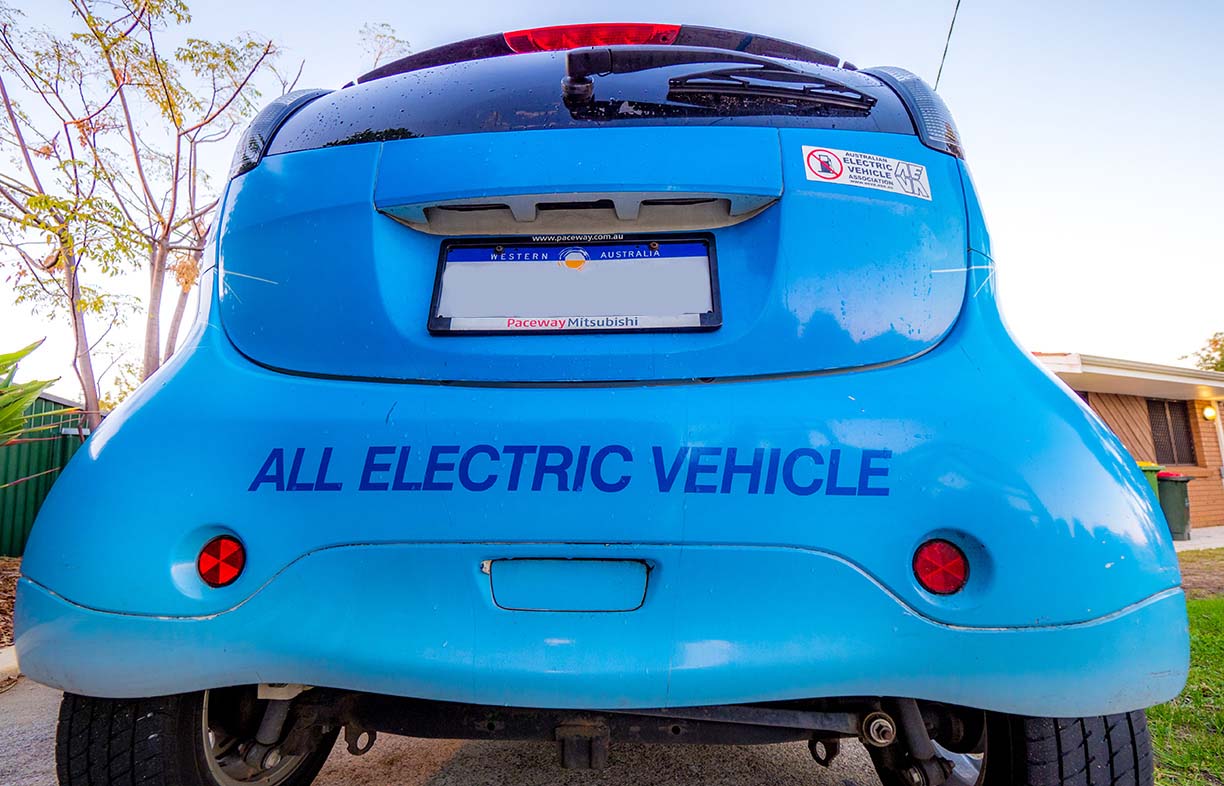 Bruce Armstrong and Katherine McCann, based in Nedlands and Brentwood in suburban Perth, have been mostly getting around on electric bikes or in Bruce’s Mitsubishi i-MiEV electric car since 2012.

Between them, Bruce and Katherine have extensive backgrounds in renewable energy and environmental science, and they share a commitment to sustainable transport. The couple bought electric bikes back in 2012, opting for secondhand. “Apart from being able to get a better bike for an equivalent price (we paid $1800 and $1400 for our Metro Ryders), we prefer to support a reuse economy whenever possible,” says Katherine.

“We went to the shop on the train and rode the bikes home straight away—we couldn’t stop grinning; it felt like we were flying!”

Bruce bought a one-year-old demo model Mitsubishi i-MiEV in the same year for around $25,000, approximately half the price of a non-depreciated one. “That was still a lot more than a car with rude and smelly bits, as I call everything else,” he laughs. He notes that the price difference is getting less and says that even now there are huge savings in fuel and servicing. He chose to leave the electric vehicle branding stickers in place because he wanted people to know what they were looking at and feel encouraged to ask about it.

Bruce uses the i-MiEV for his regular weekday commuting round trip of 30 km, and the two of them often use it on weekends for shopping and visiting. (Katherine still runs an ICE car, but minimises its use. “It’s handy for towing the camper trailer for weekends away,” she explains.) Bruce reports that the driving experience of the i-MiEV is far better than you’d think for a small four-seater car. “From a stop, it’s a little slow, but once above 20 km/h, the throttle response is instant with the drive giving all it’s got without complaint or noise. It easily accelerates to 100 km/h when entering the freeway.” They also find it very manoeuvrable and easy to park.

At Bruce’s house, the i-MiEV is charged using his solar generation, stored in a lithium ion 20 kWh domestic battery which allows solar charging overnight. “It only requires about 1 kW of solar panels to allow 30 km of driving each day,” he says. “Once plugged in, the car will fully charge every time—there’s no battery-preserving cut-off level on the i-MiEV, nor would it be very much use on a 100 km car.” The on-board charger will typically recharge the car in about three hours from its usual half-charged state, or five hours from flat, from a standard wall outlet.

They often charge the car while out and about, and note that the number of public charge points has been increasing. “Some are free public access and some are card based, depending on the location and owner. The activation cards are easily obtained at modest cost, but several different ones are needed at present. The Plugshare app is of great use—it has a catalogue of almost every publicly available charge point in the world.” 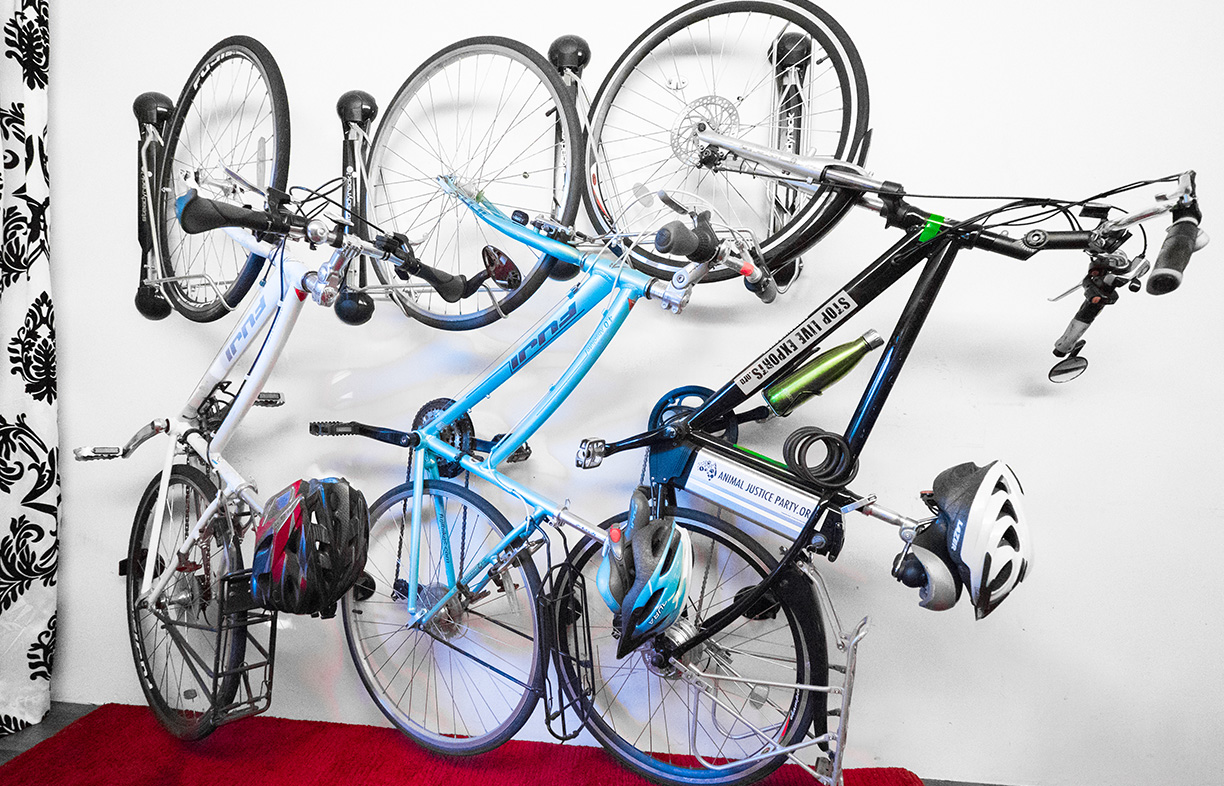 Katherine uses her Metro Ryder e-bike for commuting to work and for market runs. At home, it’s stored in her entry along with her conventional bikes, easily accessible: “By having them inside, all clean and ready, the decision to cycle rather than drive is easier.” Images: Chelsea McCann Photography.

Bruce says that range anxiety is rare for him. “It’s very predictable as to how far it’ll go on a charge and, if needed, is easily recharged while visiting or shopping. Also, the range can be extended considerably by slowing down.” Katherine agrees: “I like that the ‘Distance to Empty’ is digitally displayed behind the wheel. It is such great feedback to see the kilometres increase by reducing the speed even a little, or by turning off the aircon. I’m a big fan of anything that boosts accountability.”

Bruce does note that the car’s battery capacity and thus its range have reduced considerably since it was new, when it could travel about 100 km at freeway speed and 130 km on 60 km/h roads; now, at eight years old, it achieves about 70 km on the freeway and 100km on slower roads, with battery capacity reduced from 16 kWh to about 10 kWh. “This is broadly within expectation and really an artefact of first-generation electric vehicles,” he says. 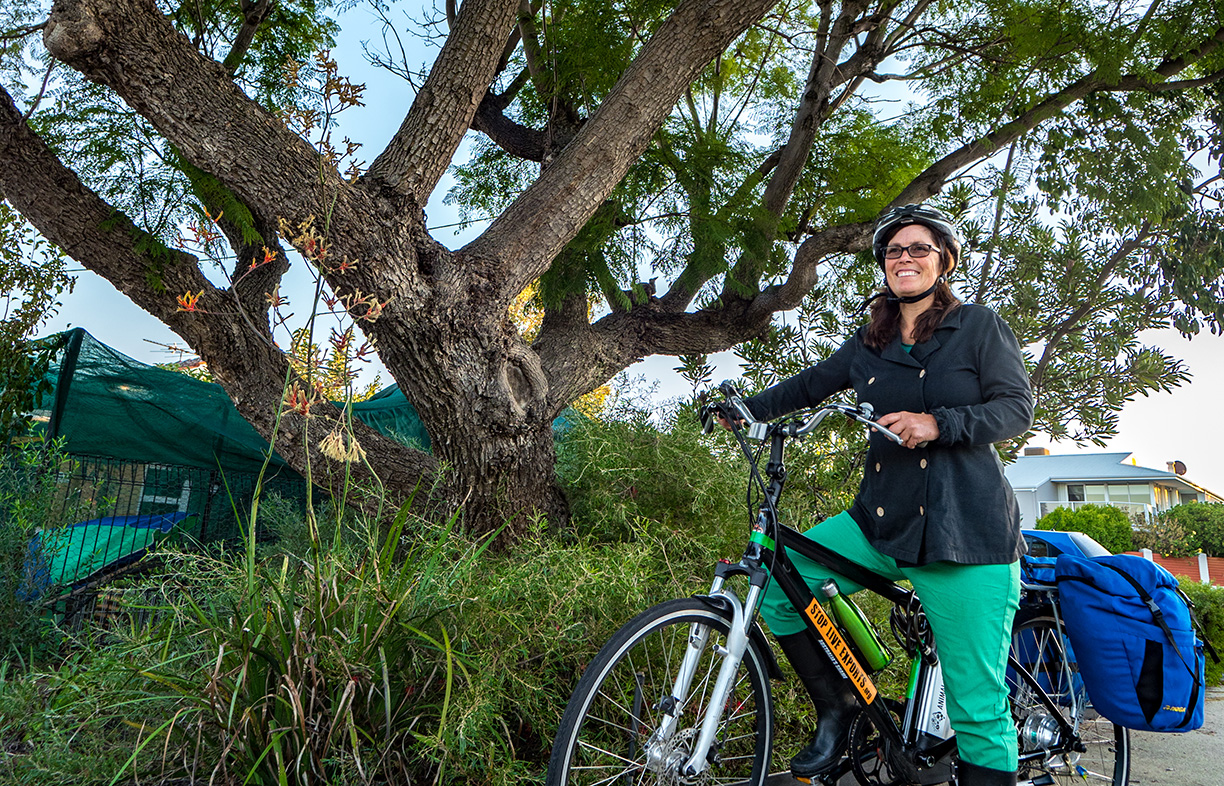 The electric drive and regenerative braking result in very low maintenance costs, limited to occasional underbody checks, tyres, bulbs and wiper blades. “Regenerative braking means the brake pads and discs will likely last the life of the vehicle,” says Bruce. “There are some recommended maintenance procedures for the battery, but I don’t think these are of any value if the vehicle is still driving the correct distance on a charge.”

Katherine particularly loves her e-bike, on which she can get to work in 13 minutes, quicker than she could drive. “When I used to ride a conventional bike, I had to budget time for a shower, as well as the longer ride time. And just thinking about a particular steep hill was a deterrent. But it’s easy on the e-bike, and I feel energised and not at all sweaty. Some people think there’s no exercise value at all, but you still have to pedal.” She also enjoys doing the market run by e-bike, with panniers and a cargo rack.

At her house, Katherine’s conventional and e-bikes are racked on an entry wall, right where they’re needed for a quick run to the local shop or visiting. “By having them inside, all clean and ready, the decision to cycle rather than drive is easier,” says Katherine. “My non-electric bike is lighter, so I’ll often use that for short distances.”

The couple are in the process of planning a new, shared house in the Perth suburb of Bassendean, close to the train station, carefully designed for ageing in place. “The idea is we’ll be able to get pretty much wherever we want by taking bikes on the train,” says Katherine. “And we hope that when our homestead is up and running as a model of all things sustainable, folk can check it out using rail access instead of cluttering up the place with ‘stink cars’!” They also plan to be a one-car household, swapping their existing two cars for a newer-generation EV, possibly a ute to handle towing. “We’re watching the upcoming models with interest.”

Kathrine and Bruce’s house, Frog Palace, will be open for Sustainable House Day on September 15. To attend, register here. 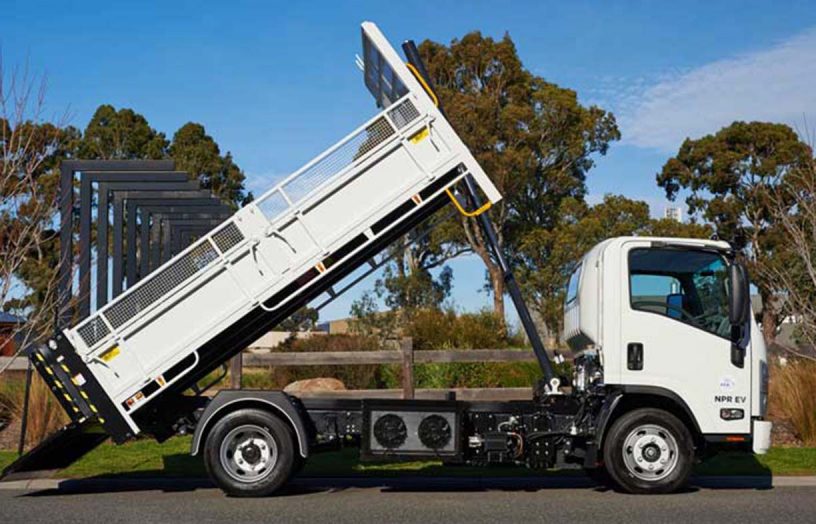 From tip trucks to rubbish trucks to delivery vehicles to buses, all around the world heavy transport is electrifying. Lance Turner surveys the many trials happening right now in Australia and New Zealand. 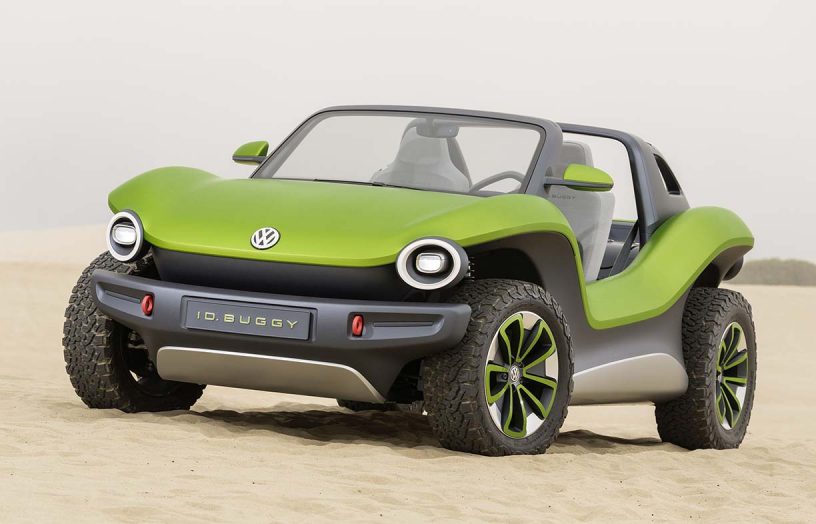 In his latest update on the electric vehicle market, Bryce Gaton reports on how quickly things are changing overseas, while Australia still waits for its EV moment.f 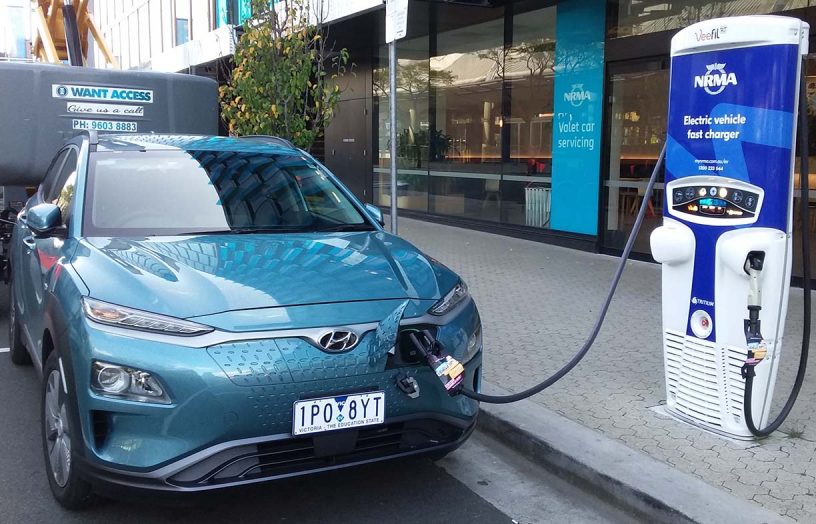